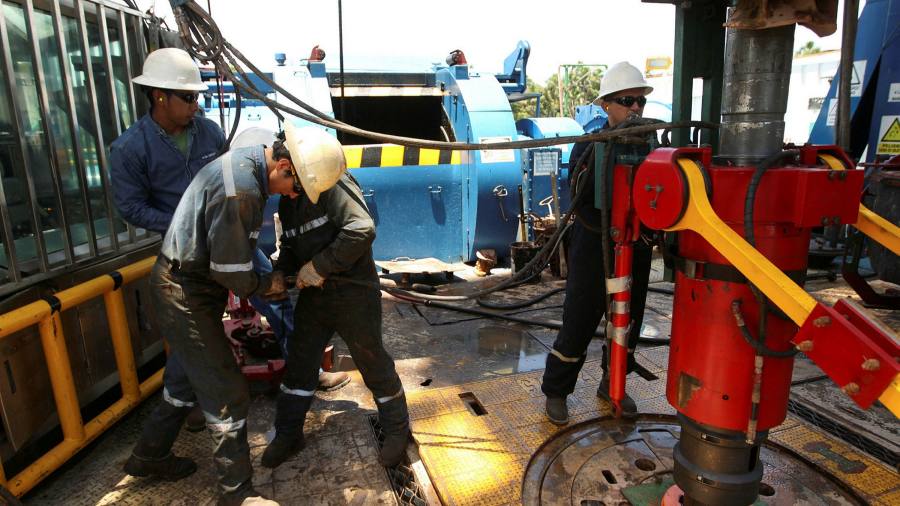 Ashmore has grown into one of the world’s largest asset managers dedicated to emerging markets, under the uncompromising leadership of its founder and chief executive, Mark Coombs.

Yet a big sell-off across developing countries cost the London-based firm dearly in the first quarter of this year, when it was stung by a series of aggressive bets on governments that are struggling to repay their debts.

The London-based firm had already seen investments in Lebanon and Argentina turn sour even before the coronavirus crisis intensified last month and sent stocks and bonds into freefall. As the impact of the pandemic and accompanying commodity slump prompted fears of a broader credit crisis in the developing world, Ecuador and Zambia were added to Ashmore’s list of trouble spots.

In a trading update on Thursday, Ashmore said its assets under management dropped to $76.8bn at the end of March, from $98.4bn at the end of 2019. The falling value of its investments accounted for $18bn of the loss, while investors withdrew another $3.6bn from the firm’s funds. Ashmore said the bulk of the outflows came from its short duration debt fund, which held sizeable positions in all four countries’ bonds.

Mr Coombs, who built Ashmore under the ownership of ANZ Bank before leading a management buyout in 1999, has a reputation for doubling down on risky positions. In a statement accompanying Thursday’s figures, he said Ashmore was using the rout across emerging markets as an opportunity to buy beaten-down assets.

“Longer-term investors recognise that reducing risk now, after a severe correction, crystallises mark-to-market positions and so instead are rightly taking stock to identify the optimal way to capture the significant recovery upside available over the next 12-24 months as the global economy resets,” he said.

Rivals say the billionaire retains tight control over Ashmore’s investments, allowing the firm to build up more concentrated positions than many other asset managers.

“It’s Mark’s way or the highway,” said a former Ashmore fund manager. “They don’t require consensus-driven investing which takes a long time, and they are unafraid to take big overweight positions.”

Analysts at UBS said the fallout from the spread of coronavirus has hit Europe’s asset management industry hard, making March the worst month for outflows since the 2008 global financial crisis. But Ashmore has fared worse than its peers, according to the bank.

The firm has seen tough times before, including during the global financial crisis and the “taper tantrum” of 2013, when the prospect of higher US interest rates hammered emerging market debt. The latest quarterly outflow was the heaviest for the firm since September 2015, when investors withdrew $4bn of assets.

The company’s returns have often been uncorrelated to broader moves in emerging assets, according to the head of EM debt at a rival firm. “They managed to sell that idea to many fund allocators, and it’s quite powerful,” he said.

Shares in the firm, which have dropped about one-third this year — slightly worse than the benchmark — rose about 3 per cent on Thursday while the market was flat.

But the contrarian streak appears to have served Ashmore poorly so far in the current crisis. The firm’s big bet on Lebanon repaying its March bond rankled with other foreign investors, sparking a row at a client dinner hosted by Bank of America in January.

In February, as Lebanon’s bonds slumped on a growing conviction that Beirut would default for the first time ever, Ashmore’s head of strategy, Jan Dehn, remained bullish, telling journalists it was too early to evaluate the success of the firm’s “dislocation trades”.

“You don’t evaluate the quality of the cake when it’s just come out of the oven and before it’s had icing put on it,” said Mr Dehn, who is often the firm’s public face. “[These trades] take a bit of time to play out. We have always done them and we always will do.”

Just over two weeks later, Lebanon’s government announced it was defaulting on a $1.2bn bond of which Ashmore held more than a quarter. Ecuador ran into trouble later in March, seeking to delay debt payments as the oil price crash wrecked the country’s public finances. Zambia’s bonds racked up further losses in early April as the government called in advisers to help restructure its debt.

Lebanese, Ecuadorian, Argentine and Zambian bonds comprised more than a third of the assets in the short duration fund at the end of March, according to the most recent fund update. The same filing shows the fund’s assets have shrunk to $2.57bn, down from $5.6bn a month earlier.

“If you had money in that fund you’re going to be wondering about recovery values and whether you’ll get much of it back at all,” said an emerging market fund manager at a rival firm. “I’m not surprised people have headed for the door.”