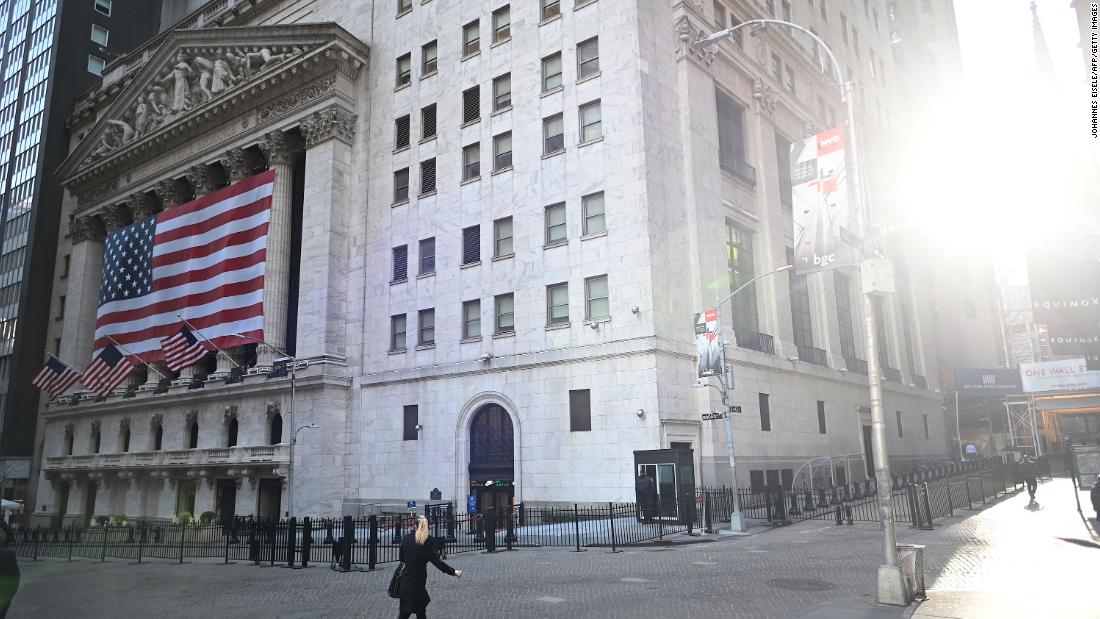 S&P 500 (SPX) futures were last up 3.7%, while Dow futures rose roughly 750 points, or 3.7%. Nasdaq (COMP) futures rose 3.4%.
Markets in Asia Pacific, meanwhile, were choppy in Tuesday morning trade. Japan’s Nikkei 225 (N225) was last down 0.5% after swinging between significant gains and losses. South Korea’s Kospi (KOSPI) dropped 2.6% during a wild morning.
Hong Kong’s Hang Seng Index (HSI) was up 0.4%, while the Shanghai Composite (SHCOMP) was down 0.6%. Both indexes also struggled to stabilize.

Elsewhere in Asia, the Philippines suspended trade on its local stock exchange as of Tuesday “to ensure the safety of employees and traders in light of the escalating cases of the coronavirus disease,” Ramon Monzon, president and CEO of the Philippine Stock Exchange said in a statement.

Asia Pacific’s unstable morning followed a catastrophic day for US stocks. The Dow on Monday recorded its worst one-day point drop on record — falling more than 3,000 points at its lowest — and its worst percentage drop since October 19, 1987, also known as “Black Monday.” The index ended down 2,997 points, or 12.9%.

Stocks dipped to session lows in the final hour of trading, as President Donald Trump said the outbreak could last until July or August.

Trump also said the virus “is not under control” and acknowledged the economy may be falling into a recession.

Uncertainty caused by the coronavirus outbreak has resulted in massive volatility on Wall Street in recent weeks. The VIX (VPD), one gauge of stock market volatility, spiked 43% to 86.69 on Monday. That takes out the previous record set on October 24, 2008, according to Refinitiv.
The CNN Business Fear & Greed Index of market sentiment, which incorporates the VIX and other measures, is flashing “extreme fear.”

Markets in Asia Pacific have been hammered by the virus, too. The Nikkei, Kospi, Hang Seng and Australia’s S&P/ASX 200 all fell into a bear market last week.

Major indexes in mainland China have so far avoided following suit, though they have still recorded declines. The Shanghai Composite is down about 15% from its recent high, short of the 20% it would need to hit to enter a bear market.