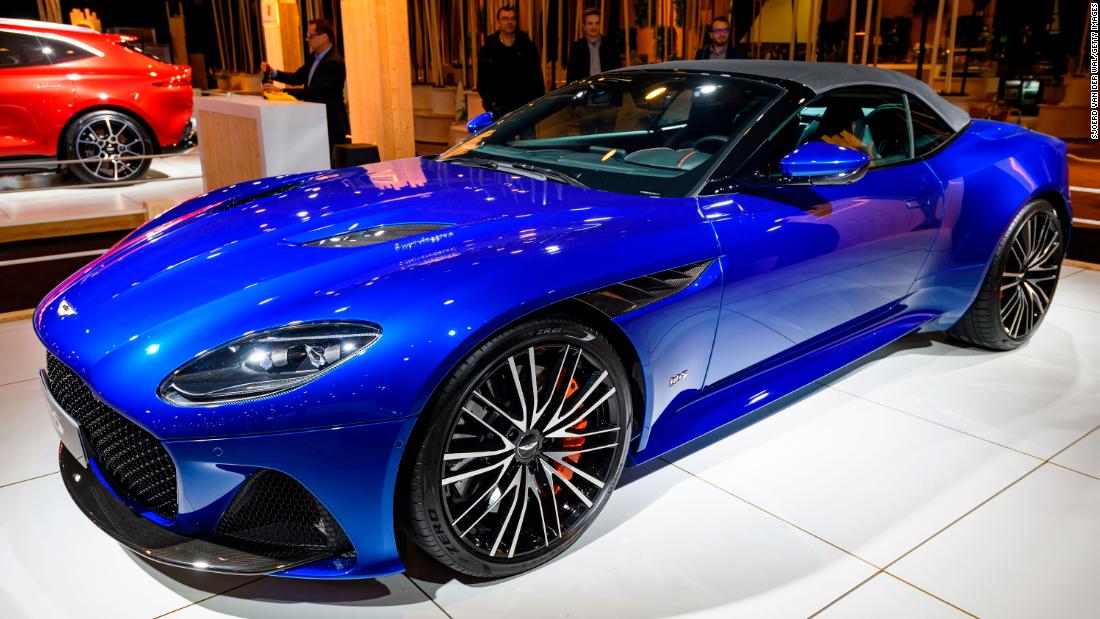 The company named 54-year old Tobias Moers as its new CEO in a statement Tuesday. Palmer, who has held the role since 2014, will step down at the end of this month, it added.
Moers has been with Mercedes-AMG, the high performance arm of Daimler (DDAIF), since 1994. He will join Aston Martin on August 1.
“The board has determined that now is the time for new leadership to deliver our plans,” Lawrence Stroll, Aston Martin’s executive chairman, said in a statement. A serial investor and part owner of the Racing Point Formula 1 team, Stroll rescued Aston Martin with a £500 million ($656 million) bailout earlier this year.
Shares in the carmaker, the favorite ride of British fictional secret service agent James Bond, soared 38% in London on Tuesday to trade at 50 pence (61 cents). The stock has collapsed since it was listed at £19 ($24.70) a share in October 2018, as the brand faced weak demand for some of its models, a global auto slowdown and uncertainty over Brexit.
The coronavirus pandemic added to its problems, forcing factories and showrooms to shut around the world. Aston Martin posted a £76.7 million ($94.4 million) operating loss in the first quarter of this year, compared with a loss of £3.2 million ($3.9 million) in the same period last year.
Stroll said that under Palmer’s leadership the carmaker had “successfully renewed its sports car range” and brought its first SUV, the DBX to market.

“I would like to thank Andy for his hard work, personal commitment and dedication to Aston Martin Lagonda since 2014,” Stroll said, adding that Moers was the “right leader” for the company.

“All of my and Tobias’ energy will be dedicated to building on the company’s inherent strengths, its brand, its engineering prowess, and the skills of its people to enable Aston Martin to become one of the pre-eminent luxury car brands in the world,” he said.

Aston Martin and Daimler have had a technical and commercial partnership since 2013.

“I have always had a passion for performance cars and relish the chance to work for this iconic brand, which I was close to on the technical side at the beginning of the partnership between the two companies,” Moers said.