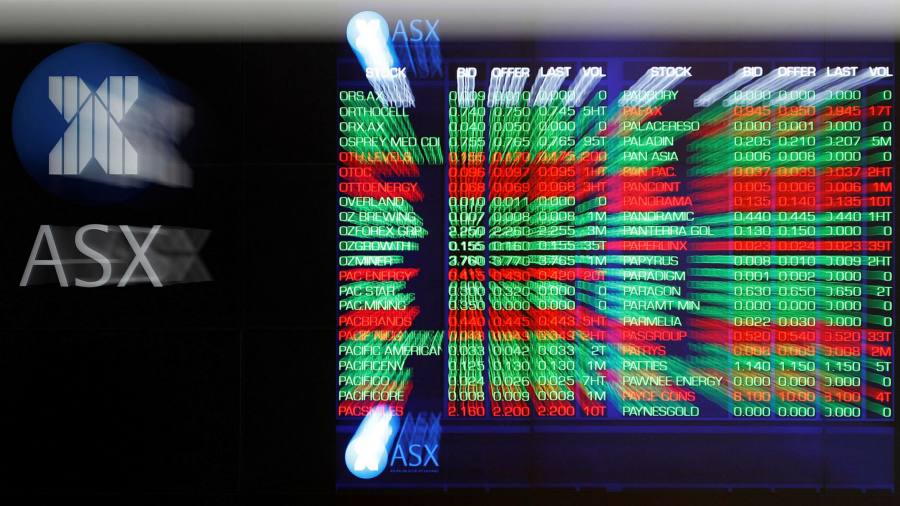 ASX is under pressure to push back an ambitious plan to use blockchain technology to clear and settle trades in Australian equities because customers are worried about the implications of the rollout.

Computershare, one of the main share registry companies in Australia, told the Financial Times it was seeking a two-year delay in implementation because the project to overhaul critical systems lacked clarity.

The company said it had not been given the necessary technical, operational and regulatory information on how the new system would operate or the fees that would be charged by the ASX for existing and new services.

Computershare — which maintains a register of legal ownership of shares and distributes corporate dividends for investors — said a delay until April 2023 was required to address the risks of the project, particularly in light of complications introduced by the Covid-19 pandemic.

A delay of this order would be a blow to the ASX, which became the first big stock exchange around the world to commit to using so-called distributed ledger technology — which underpins bitcoin and other digital currencies — for clearing and settlement in 2017. The new system would enable customers “to develop new services and reduce their costs”, and would “put Australia at the forefront of innovation in financial markets”, the ASX said at the time.

But users rely on the ASX for clearing and settling up to 2.5bn shares a day, making the replacement of its existing “Chess” system a critical flashpoint.

The ASX should focus on its core systems rather than prioritise the development of new commercial services, said Ann Bowering, Computershare’s chief executive of issuer services in Australia and New Zealand. Blockchain technology promises to deliver an instant electronic database of transactions shared among many parties, threatening the revenues of share registrars.

“In order to get this project back on track we really need a robust governance framework which isn’t there today and at the end of the day, we need to take a look at the timeline,” she said.

Several ASX clients expressed concerns to the FT that the exchange could use the tech overhaul to extend its dominance in clearing and settlement into other markets, including share registry services.

Tony Cunningham, founder of CPS Capital, a Perth-based stockbroker, said there was a lack of clarity on how the distributed ledger system would operate and how it would affect broking, share registry and other market activities.

“This [new platform] is owned by ASX and the ASX is a monopoly, it’s not ideal. I don’t believe they should own it,” he said. “If ASX have a distributed ledger, then why do you have a share registry?”

Australia’s Stockbrokers and Financial Advisers Association told the FT it also wants a six- to 12-month delay to the project.

Australia’s competition regulator said it was working with the Council of Financial Regulators, and advising the ASX to consider the implications to market competition when developing the Chess replacement. “In particular, the ACCC advocates for transparent and non-discriminatory pricing and access to clearing and settlement services,” said an ACCC spokeswoman.

ASX said the blockchain initiative would not harm competition, adding that it had kept the market briefed on the project’s objectives from the outset.

“The market has been engaged and consulted extensively since the commencement of the project,” the company said. “The solution has been designed with the market’s input to capture the features that the industry wants. The project’s scope was defined through a lengthy and comprehensive market consultation process where the industry prioritised the requirements they wanted to see in the new system. The scope has not been expanded.”

ASX had aimed to roll out the blockchain-based system in April 2021 but agreed to a short delay in March. A consultation paper setting out new plans for the project’s scope and timing is due as early as next week.

“We know there are stakeholders who want a small change to the go-live date as well as those who are seeking for more time,” the company said. “We will listen carefully to the consultation feedback prior to finalising the revised implementation timeline.”