AT&T CEO on coronavirus: This is ‘a time of war’ 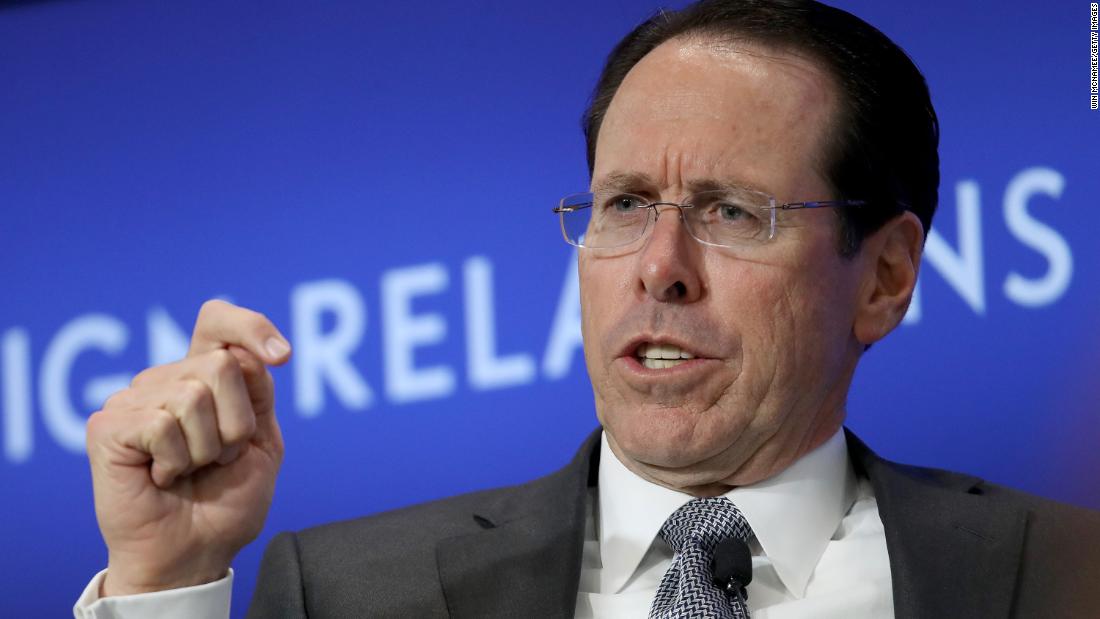 “A lot of the business leaders, and myself, particularly, we’re looking at this as a time of war,” Stephenson told CNN’s Brian Stelter on “Reliable Sources” Sunday. “This is like World War II. And everybody needs to step up and do their part, in terms of how we help the general population and the general public.”

Stephenson is a member of Business Roundtable, a leadership group for chief executives, which he said had a virtual meeting with President Donald Trump last week to discuss a federal stimulus package to help Americans manage the crisis. He said the country needs a “big” and “bold” plan to help the country’s consumers and small businesses.

“We think that’s what’s going to be required to keep the economy at some level of stability, particularly if we come out of this,” Stephenson said.

For his company’s part, Stephenson said AT&T (T) is waiving data caps for individual and small business broadband consumers, and will not be enforcing data overage fees or late payment fees. AT&T is the parent company of WarnerMedia, owner of CNN.
The AT&T network has seen increased usage and changing traffic patterns as coronavirus forces many to work from home and rely on technology as their sole means of communication, including a 40% increase in mobile traffic and a 100% increase in wifi calling. He said the network is performing well, though it has shown “some signs of stress,” and the company is performing “network augmentation” to ensure it stays up and running effectively amid the increased usage.

Stephenson also praised journalists’ work during the crisis, comparing them to first responders.

“I see the press as vital in a time like this, in a time of war, to make sure that our people are informed, to make sure that our politicians have a means of communicating, to hold people accountable, people in power, whether it be CEOs like me or politicians, to hold people accountable during these times, and getting information to the public,” he said.