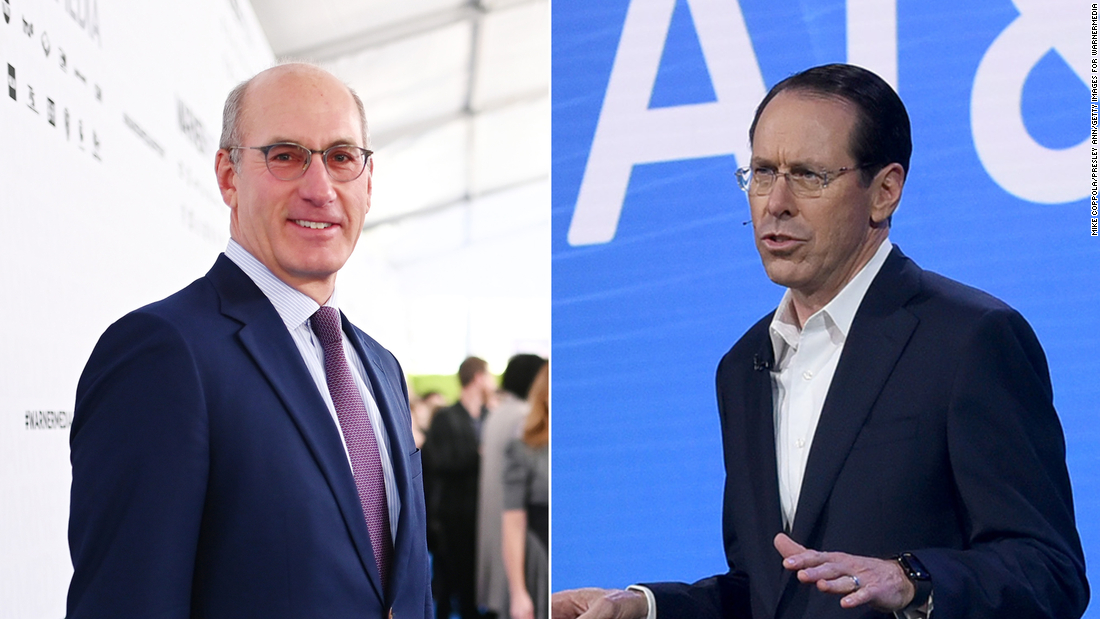 AT&T said Friday that Stephenson will remain the company’s executive chairman until January 2021 “to ensure a smooth leadership transition.” Stankey will join the board on June 1 — but he will not be the company’s next chairman. AT&T said that it will name an independent director after Stephenson steps down from that role next year.

Stankey, 57, who until earlier this month was also CEO of WarnerMedia, was named president and COO of AT&T last October. At that time, Stankey’s promotion was widely believed to be a sign that he was first in line to one day take over for Stephenson.

In a statement, Stankey said he was “honored” to be appointed to the helm of AT&T, which he called “a company with a rich history and a bright future.”

Stephenson added that Stankey, who has been with AT&T for 35 years in a variety of roles, “has the right experiences and skills, and the unflinching determination every CEO needs to act on his convictions.”

“I look forward to partnering with him as the leadership team moves forward on our strategic initiatives while navigating the difficult economic and health challenges currently facing our country and the world,” Stephenson added.

AT&T board director Beth Mooney said in the statement that the selection of Stankey capped a succession planning process that began in 2017 and included a review of candidates from both inside and outside the company.

“Leadership succession is one of the Board’s most important responsibilities,” Mooney said. “After an extensive evaluation, it was clear that John Stankey was the right person to lead AT&T into the future.”

The selection of Stankey caps a busy month for the company. Ma Bell announced in early April that Jason Kilar, the former head of streaming media service Hulu, would take over as CEO of WarnerMedia — the unit that owns HBO, TNT and the Warner Bros. studio as well as CNN.
AT&T also announced earlier this week that it did not plan to cut its prized dividend when it reported its earnings for the first quarter.

The company said growth in its wireless telecom unit helped offset declines at WarnerMedia, which has been hit by a slump in advertising and the shutdown of movie theaters due to the Covid-19 pandemic.

AT&T stock has lagged the market and big rivals

Still, AT&T has had a bit of a rocky ride on Wall Street since Stephenson — who was previously COO of Baby Bell SBC Communications, which bought AT&T and took the Ma Bell name in 2005 — took over in 2007.

Shares of AT&T have fallen about 25% during Stephenson’s tenure. The S&P 500 has nearly doubled during that time frame and AT&T rivals Verizon (VZ) and Comcast (CMCSA) have gained more than 50% and 175% respectively.

AT&T’s stock was down about 1% in midday trading Friday.

AT&T took on a massive amount of debt in order to go on its media shopping spree and that troubled many analysts and investors.

One activist investment firm, Elliott Management, even acquired a stake in AT&T to put pressure on the company to sell assets.

AT&T and Elliott reached a truce in October after AT&T pledged to focus on paying down debt, slow the pace of massive acquisitions and add independent directors to it board.

Elliott Management was also critical of WarnerMedia’s strategy, which was led by Stankey. The investment firm questioned whether the company’s new HBO Max streaming service would be a hit, adding that it felt there was “a growing sense that AT&T doesn’t have a plan” when it comes to media.

“Elliott supports John Stankey as AT&T’s next CEO,” said Elliott partner Jessie Cohn in a statement sent to CNN Business, noting that the CEO search process was a “robust one.”

“We look forward to working with John as he begins his term as CEO,” Cohn added.