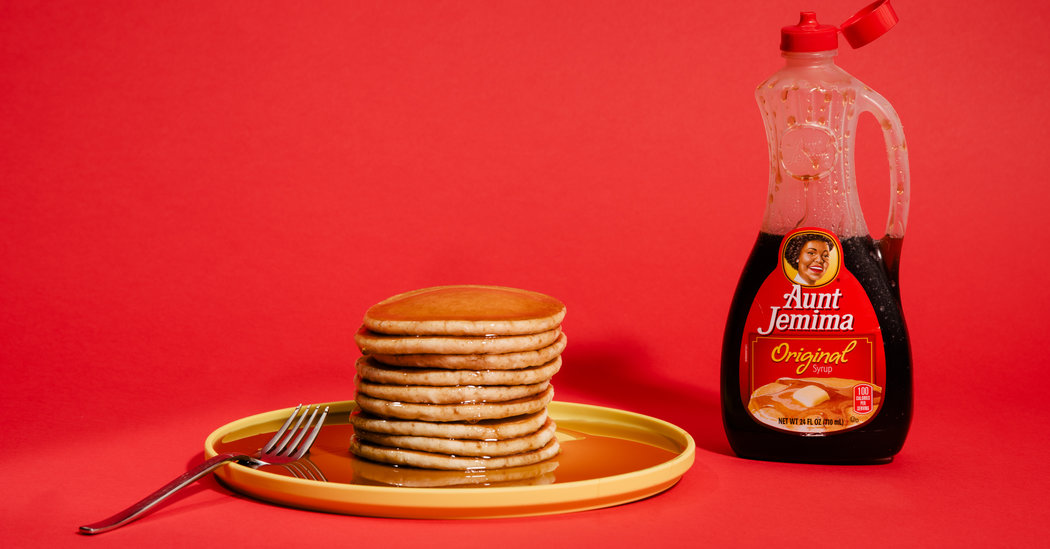 Aunt Jemima, a syrup and pancake mix brand, will get a new name and image after Quaker Oats, its parent company, acknowledged that the brand’s origins were “based on a racial stereotype.”

The brand, founded in 1889, is built on images of a black female character that have often been seen as a symbol of slavery. Aunt Jemima has gone through several redesigns; pearl earrings and a lace collar were added in 1989.

On Wednesday, Quaker Oats, which is owned by PespiCo, said that it was taking “a hard look at our portfolio of brands” as it worked “to make progress toward racial equality through several initiatives.” The packaging changes, which were first reported by NBC, will begin to appear toward the end of this year, with the name change coming soon after.

“While work has been done over the years to update the brand in a manner intended to be appropriate and respectful, we realize those changes are not enough,” said Kristin Kroepfl, Quaker’s chief marketing officer, in a statement.

Amid nationwide protests over racism and police brutality in recent weeks, many companies rushed to express their solidarity with the Black Lives Matter movement, often running into accusations of hypocrisy. But PepsiCo was already familiar with the fallout: In 2017, it apologized for running an ad featuring Kendall Jenner, a white model, that was criticized for trivializing the movement.

PepsiCo bought Quaker Oats in 2001, inheriting the Aunt Jemima brand. Ramon Laguarta, the chief executive of PepsiCo, wrote in an article in Fortune this week that “the journey for racial equality has long been part of our company’s DNA.”

The Aunt Jemima brand was inspired by a minstrel song called “Old Aunt Jemima” and was once described by Riché Richardson, an associate professor of African-American literature at Cornell University, as “an outgrowth of Old South plantation nostalgia and romance grounded in an idea about the ‘mammy,’ a devoted and submissive servant who eagerly nurtured the children of her white master and mistress while neglecting her own.”

Last week, the glorified depiction of slavery in “Gone With the Wind,” which included a portrayal of an affable black character named Mammy, led HBO Max to temporarily remove the film from its catalog.

Quaker Oats said in its statement that Aunt Jemima’s marketing had “evolved over time with the goal of representing loving moms from diverse backgrounds who want the best for their families,” but that it would gather more perspectives internally and from the black community to further shape the brand.