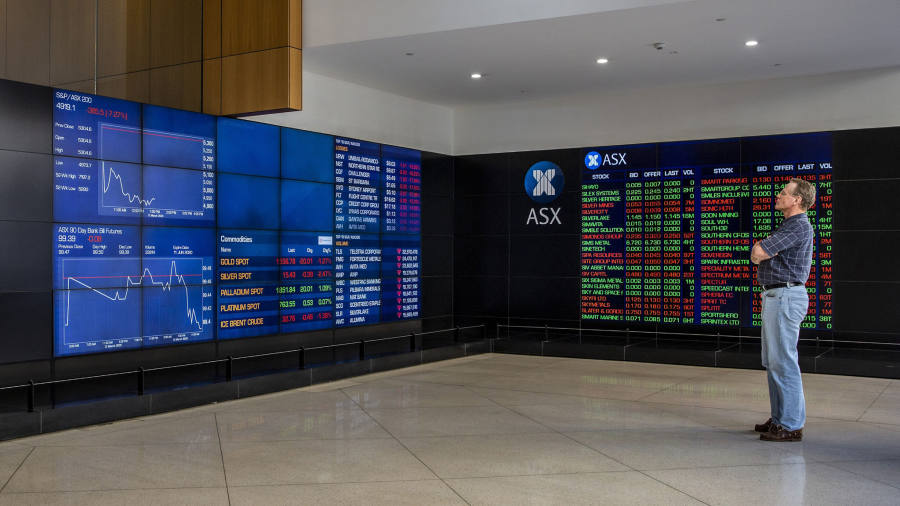 The ability of the world’s biggest stock and futures markets to cope with huge trading volumes while many employees work remotely has come under further scrutiny after Australia ordered its most active traders to step back a little in order to ease the pressure.

On Monday Asic, the Australian markets watchdog, told the most active equity traders to trade up to 25 per cent less than they did on Friday, saying that higher volumes would put too much strain on the exchange and banks carrying out the deals.

Dominic Stevens, chief executive of the country’s main stock exchange, said in a statement that a more permanent solution was needed. “The industry cannot provide unlimited capacity at short notice. Regulators, exchanges, participants and investors will need to come to a decision on what they want for the future.”

Officials and exchanges have doubted whether it would be possible to co-ordinate a total shutdown of markets. Equities and futures markets are heavily interlinked and are traded across borders. “Closing the markets . . . would be a mess,” said one European regulator who declined to be identified.

Asic said its move was “pre-emptive” and intended to maintain the strength and resilience of the country’s markets.

The measures come as the world’s biggest exchange groups continue to shut down parts of their businesses in response to Covid-19, and rely on back-up systems and remote working.

Overnight, New York-based Nasdaq said it would suspend open outcry trading on its options market after the close of business on Monday, as a precaution against the spread of the coronavirus.

Trading in Europe on Monday remained jittery as investors continued to work through the economic impacts of the viral outbreak. At one point shares in ABF, the UK-based food and retail group, collapsed 99 per cent in London before being suspended, in a move traders attributed to a “fat finger” error rather than a technology glitch.

The European Securities and Markets Authority also tightened its rules around disclosure of short positions, halving the threshold to 0.1 per cent of a company’s issued share capital. The move, which could discourage hedge funds from taking positions, was necessary to address “the threat to the orderly functioning and integrity of financial markets”, said Esma.

Asic’s ruling was prompted by what it called “exponential increases” in the number of trades in the past two weeks on Australia’s equity markets. More than 2.4bn shares changed hands on Friday, compared with a daily average of 1.9bn in February.

While Asic said there was no disruption to market operations, it admitted there was a significant backlog of work over the weekend.

The London Stock Exchange was last closed for trading in 1987 when storms prevented thousands of traders from getting into the city. The New York Stock Exchange and Nasdaq closed in 2012 to prepare for Superstorm Sandy and also shut for several days after the terror attacks of September 2001, when communication cables and offices were damaged.

ASX has told most of its employees to work remotely after an employee at the central Sydney site tested positive for Covid-19 on Saturday.

Nasdaq said traders would still be able to access PHLX, its options-trading venue, electronically, but added that it would hold daily telephone meetings with members of the trading floor.

It added that its high-profile site in Times Square in Manhattan would remain in operation for the traditional opening and closing bell ceremonies, and other events such as initial public offerings, but with reduced staffing. Access by the general public would be restricted until further notice, it said.

Chicago duo CME Group and CBOE Global Markets closed their options pits to traders on Friday evening. Many exchanges have been running split teams since last week, with many working remotely and only a handful of skeleton staff in offices in central financial hubs such as London and New York.

London Stock Exchange Group said it has robust business continuity arrangements in place to ensure the “safe and orderly conduct” of its businesses and market operations.