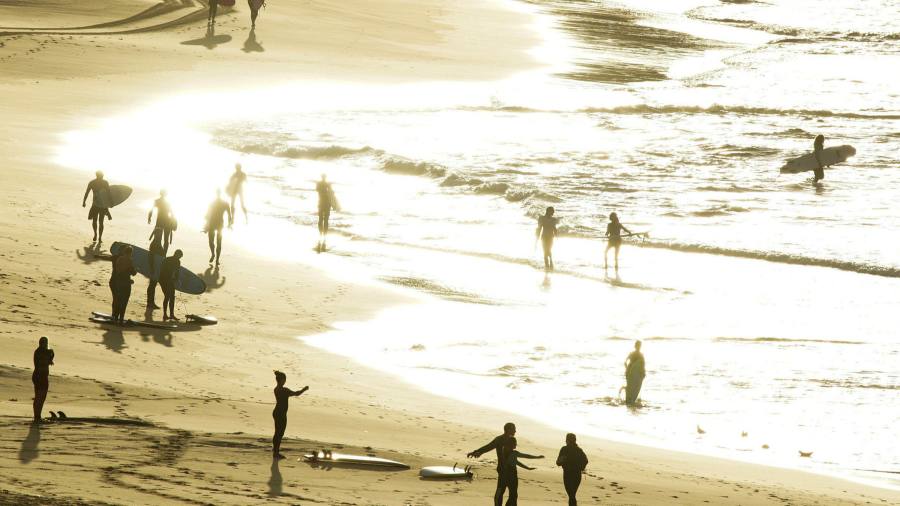 Australia’s largest pension fund expects A$4bn ($2.6bn) in emergency cash withdrawals from members to help them through the coronavirus crisis, but its deputy chief executive argues that neither it nor the wider sector will face problems meeting those redemptions.

Mark Delaney said AustralianSuper — where he also serves as chief investment officer — had “heaps of liquidity” to handle a government scheme that gives cash-strapped savers early, tax-free access to their pension pots.

“These are very unusual circumstances,” said Mr Delaney, citing the scale of the global economic downturn, which is expected to be the biggest since the Great Depression of the 1930s. “The early-release scheme is just starting, but the numbers we’ve seen in the very early days are quite manageable.”

He added that the fund is already playing a role in stabilising Australia’s corporate sector, ploughing more than A$300m into equity raisings by listed companies over the past month. Mr Delaney said the A$175bn fund’s planned international shopping spree for financial assets, which will see it gradually pivot away from Australia, would be put on hold due to the crisis.

Australia has the world’s fourth-largest pension system with more than A$3tn in assets under management. The government predicts its decision to allow people in financial distress to withdraw up to A$20,000 from their so-called superannuation accounts could result in a A$30bn hit to the sector.

Some industry figures think the final figure could be almost double that, warning that the worst-affected funds — those with members concentrated in the hospitality and retail sectors — could face a liquidity crunch that forces them to sell assets at the bottom of the market. Australia’s central bank has said some pension funds could shrink by 25 per cent but it has balked at requests from the industry to provide a liquidity backstop to the sector.

Although aggressive interventions by governments and central banks helped buoy markets in April, many investors are still nursing big losses after weeks of volatility. AustralianSuper’s A$130bn balanced fund was up about 8 per cent from the start of the financial year starting July 2019 until the Covid-19 sell-off, but is now down 4.2 per cent for the year.

Mr Delaney said it was very unlikely that the sector as a whole would have liquidity problems. “The biggest risk for funds is not that they can’t make their redemptions, because they still have 50 per cent in listed assets in their portfolios”, but that after selling equities their portfolios could become “skewed” to less-liquid asset classes such as infrastructure.

Two of the most exposed super funds are thought to be Hostplus and Rest, which have almost 3m members, mainly in retail, hospitality and tourism, and more than A$100bn assets under management between them. Hostplus has more than a third of its money invested in unlisted assets such as property and infrastructure, according to an update earlier in April.

Hostplus has said it does not have liquidity issues and that it has received requests for A$603m in withdrawals as of last Friday from 84,000 members. Rest did not immediately reply to a request for comment.

Critics, including Jane Hume, Australia’s assistant minister for superannuation, say pension funds need to diversify their membership base and hold fewer harder-to-sell assets. But Mr Delaney said unlisted assets presented some of the best opportunities for pension funds, as investors were paid a premium for that lack of liquidity.

Mr Delaney said that AustralianSuper had tried to reduce risk across its portfolio over the previous 12 months due to concerns over a coming slowdown in the country’s economy. “We reduced the amount we held in unlisted assets like infrastructure and property, and more importantly also unwound our high-yield credit portfolio quite dramatically,” he added.