Automakers have another Covid-19 problem: Suppliers 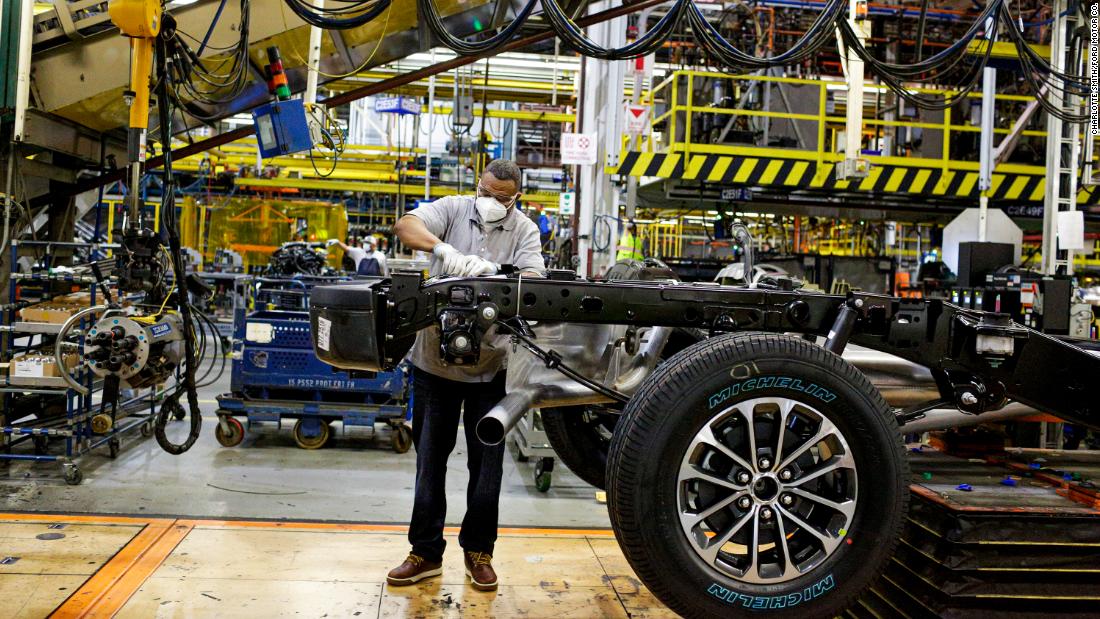 Thursday night, Ford’s Dearborn Truck plant had to stop production early when it ran out of the seats it needed to build F-150 pickups. It resumed work Monday, after a scheduled off day on Friday.

General Motors had planned to add shifts at US plans last week, but it had to delay that move because it lacked sufficient parts. When it finally received enough supply, on Monday GM (GM) added a second shift at three SUV plants in the United States and Canada, and went from one to three shifts at three plants building pickup trucks.

“The situation has been so fluid,” said GM spokesman Jim Cain.

Cain said the supplier plants had to demonstrate to GM — and in the case of Mexican plants, to government authorities — that they had safety procedures in place to protect people returning to work.

GM, Ford (F) and Fiat Chrysler suspended operations in response to the pandemic in mid-March. They all resumed work at their plants the week of May 18.

About two thirds of the auto industry’s 1 million US employees work at a supplier plant rather an assembly line, engine or stamping plant of one of the major manufacturers, according to the Labor Department. Many more work at suppliers outside the country. Keeping all the workers on the supply chain healthy will be very difficult, said Kristin Dziczek, vice president for research for the Center for Automotive Research, a Michigan think tank.

Each auto plant has hundreds of suppliers, which makes the challenges of keeping the entire supply chain operating particularly difficult. The plants are designed to have parts delivered with little time to spare — known as just-in-time delivery.

Automakers are taking a number of steps, such as temperature checks, Covid-19 tests for any worker showing symptoms of the disease, protective gear and social distancing rules in the plants. They are also telling their suppliers they expect to see similar measures in their plants.

“What will help is that the supply base has developed safety protocols very much like the ones that GM, Ford and Fiat Chrysler have put in place,” said GM’s Cain.

But Dziczek said the level of safety protocols vary greatly among suppliers.

“The bigger suppliers did detailed plans for returning to work,” she said. “But I’ve talked to a few small suppliers, and for some of them the back to work protocols are spotty at best. Some take it seriously. Others say, ‘I’ve got masks and hand sanitizer. They can use it if they want.'”

The cost of providing those safety measures, such as disposable protective gear and cleaning supplies and procedures, can be a big burden for small suppliers.

“Their ability to financially weather this downturn has been very tough,” she said. “Now if you have to outfit your whole shift with protective gear, it’s not a cheap endeavor for a small business.”

And no car is built with 100% US parts. About 40% of imported parts come from Mexico, many from areas of that country where Covid-19 cases are still on the rise. The global nature of both the pandemic and the automakers’ supply chain just makes smooth operations that much more difficult, said Dziczek.

“Those areas that have high poverty and dense population is where Covid-19 takes off,” she said. That describes where many foreign supplier factories are based, she said.