Automakers plan to restart factories in early May. UAW says not so fast 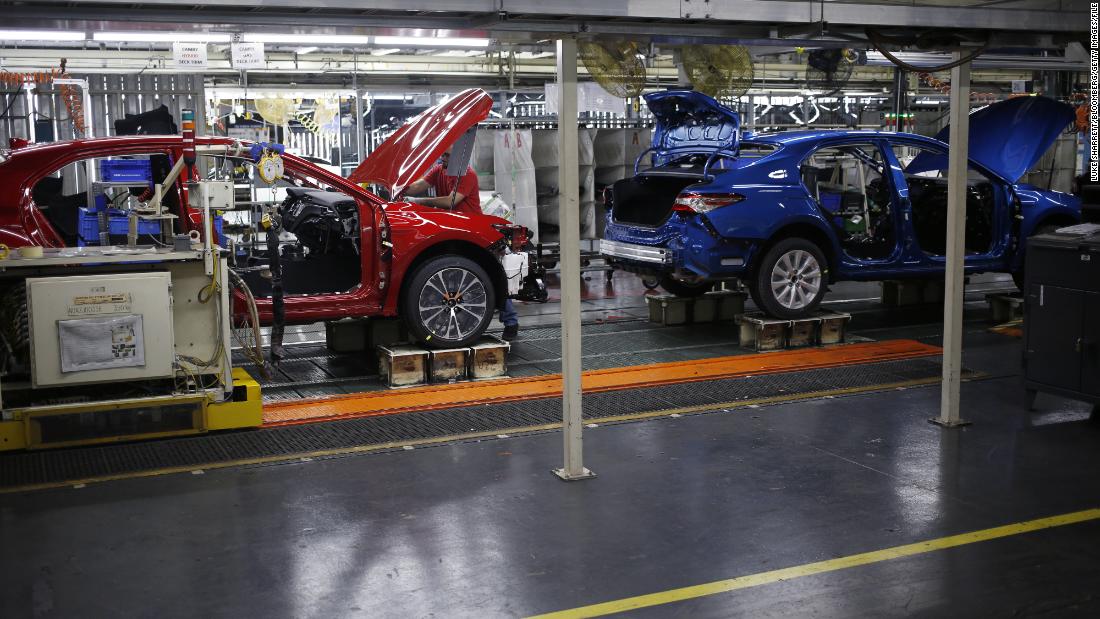 “At this point in time, the UAW does not believe the scientific data is conclusive that it is safe to have our members back in the workplace,” the UAW said in a statement released Thursday. “We have not done enough testing to really understand the threat our members face.”

The union represents factory workers at US-based automakers, GM, Ford and Fiat Chrysler (FCAU). In early April, Fiat Chrysler announced its intention to “progressively restart” its US and Canadian factories starting on May 4. An FCA spokeswoman reaffirmed that plan on Friday.
The UAW does not represent workers at Volkswagen (VLKPF), Toyota (TM) or Hyundai (HYMTF), which have all said they plan to begin making cars again on or around May 4.

Each of the automakers that plan to reopen said they would follow recommended protocols to ensure the safety of workers and limit the possible spread of infection. Among other measures, Volkswagen, with a factory in Tennessee, and Hyundai, with a plant in Alabama, said they would check workers’ temperatures. Volkswagen additionally said that it would provide protective equipment to workers, including masks and gloves.

The UAW said in a statement that more discussion and planning are needed before automakers start making cars again. The UAW is still in talks with GM, Ford and Fiat Chrysler over the safest way to reopen factories. The union and the Michigan-based automakers — Fiat Chrysler is also headquartered in Europe — created an Auto Coronavirus Task Force in March to discuss how and when to reopen factories where UAW members work.

Ford (F) and GM both confirmed Friday that they have no planned date to restart their US plants yet.

“We are continuing to assess public health conditions, government guidelines and supplier readiness to determine when the time is right to resume production,” a Ford spokeswoman said in an email.

Honda said Thursday that it is extending its US auto factory shutdown through at least May 8.