Aviation’s jobs crisis is just beginning. Millions of skilled workers in the supply chain could be lost. 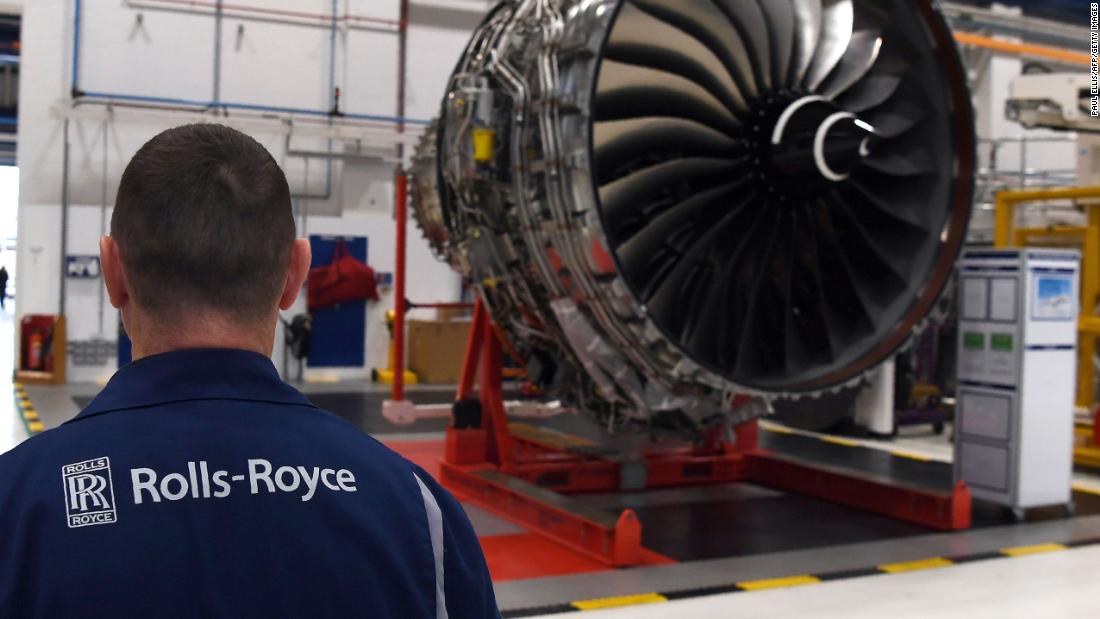 About 1.2 million people around the world work in civil aerospace, including engineers, aircraft designers and factory workers, according to the Geneva-based Air Transport Action Group. Another 9 million work for airlines, airports and air navigation service providers.

These jobs depend on people flying and many are at risk as the global aviation industry suffers the worst downturn in its history.

Consumer demand for flights was suppressed during the pandemic by travel bans and shutdowns, and it is not expected to fully recover for several years after lockdowns are lifted.

Cash-strapped airlines have responded by canceling or delaying orders for hundreds of new planes, leading Airbus (EADSF) and Boeing (BA) to slash production and thousands of jobs. That has dried up orders for engines, wheels, brakes, computer systems and other aircraft components, leading to cuts at companies like GE Aviation and Rolls-Royce (RYCEF). Those cuts in turn are now reverberating through the supply chain, placing thousands of small businesses at risk of collapse.

“Everything is dependent on people flying. That’s the driver for the entire ecosystem,” said CEO of the US Aerospace Industries Association, Eric Fanning.

Boeing, for example, has more than 12,000 companies in its supply chain spread across all 50 US states and another 58 countries outside America. One of these suppliers is British aircraft engine maker Rolls-Royce, which expects to lose 9,000 roles from its global workforce of 52,000 as it adapts to cratered demand. The company said Wednesday that it is planning to shed over 3,000 jobs in the United Kingdom.

With fewer orders coming in, Rolls-Royce will in turn need fewer parts from its suppliers. The company typically spends about £7 billion ($8.8 billion) a year on such components.

Andrew Mair, the CEO of the Midlands Aerospace Alliance, a coalition of aircraft and parts manufacturers in the United Kingdom, estimates that for every person employed in Rolls-Royce’s civil aerospace business, another three to four jobs exist in the company’s direct supply chain around the world.

“Airlines no longer want to buy as many aircraft as they did and the change is a very sudden one, therefore the impacts are wholly unexpected and quite severe,” he told CNN Business. Many of the companies further down the supply chain have fewer than 100 employees performing specialist activities such as machining and heat treatment. They take a long time to be trained, said Mair.

Based on discussions with employees already underway, ADS, the UK’s aerospace industry association, estimates that up to 25,000 civil aerospace jobs are at risk in Britain.

That number could rise, however, as employees currently furloughed on the government’s jobs retention program are made redundant when that support comes to an end in October.

“It’s inevitable that because of a fundamental lack of demand, a lot of those people are going to be made redundant in the coming weeks and months,” said ADS CEO, Paul Everitt. “That is going to be very painful.”

In the United States, as many as 220,000 aerospace jobs could be at risk, according to the Aerospace Industries Association, which said that the pandemic has added pressure to an industry already stressed by the grounding of the Boeing 737 Max and trade tensions. Airbus and Boeing were “squeezing the supply chain for efficiencies,” before the current crisis, said Fanning.

“Then the pandemic hit and people stopped flying,” he added.

The cost to workers is already becoming clear. Several US airlines have received government support totaling $50 billion, which prohibits them from axing workers until October. But that too is only delaying the inevitable, with Delta Air Lines (DAL), American Airlines and United already warning that deep staffing cuts will be necessary.
Boeing announced plans in April to cut 10% of its jobs, about 16,000 positions, through a combination of buyouts, natural attrition and involuntary layoffs. More than 5,500 workers have already accepted buyouts and 6,770 have been laid off.

Industry bodies are now working on rescue plans to help companies survive the downturn and keep their workforces intact. They see opportunities for airlines to modernize their fleets and reduce carbon emissions, making their operations more efficient and helping the sector to reach climate goals. One way or another, jobs must be protected, they say.

Experts are concerned that mass layoffs could see certain skills exit the sector altogether, as people seek new jobs, start other businesses or take early retirement, leaving companies in the United States, the United Kingdom and France — the historic heartlands of the aerospace industry — poorly positioned to benefit from the eventual upswing.

“What matters to the United Kingdom from an aerospace point of view is that we are able to maintain our supply chains and don’t fall behind,” said Mair of the Midlands Aerospace Alliance. “Some kind of financial support is going to be necessary and pretty soon.”

A strong aerospace industry is seen as a competitive advantage, creating high paying jobs, generating billions of dollars in export revenue and boosting the manufacturing and technology industries. Aerospace jobs pay 45% more than the national average in the United Kingdom, according to ADS, and on average double other manufacturing jobs in the United States, according to Fanning.

If companies are not careful about how they restructure, and there is no support from the government, “we could collectively lose a huge amount of capability,” said Everitt of ADS. The association is lobbying the UK government to bring forward defense spending in order to provide companies with a “bridge to get through the next 18 months,” he added.

France will announce stimulus plans for its aerospace industry in the coming days, Finance Minister Bruno Le Maire said in an interview Sunday with broadcaster France 3. Le Maire said on Twitter Wednesday that employment, innovation and decarbonization would be prioritized.

The governments of France, Germany and the United Kingdom have recalled retired Airbus executives to lead national task forces assigned with ensuring the survival of shared supply chains, according to the Financial Times.

In the United States, where civil aerospace earned nearly $132 billion in export revenue in 2018, there is bipartisan support for public private partnerships to see the industry through the crisis, said Fanning. “There’s an appreciation for the importance of the industry and the workforce to the US economy,” he added.

The American aerospace and defense industry generated sales exceeding $929 billion in 2018, supporting over 2.5 million US jobs. “It’s a highly trained and skilled workforce and there’s a war for talent.” The loss of these skills, said Fanning, is an “existential threat for companies.”