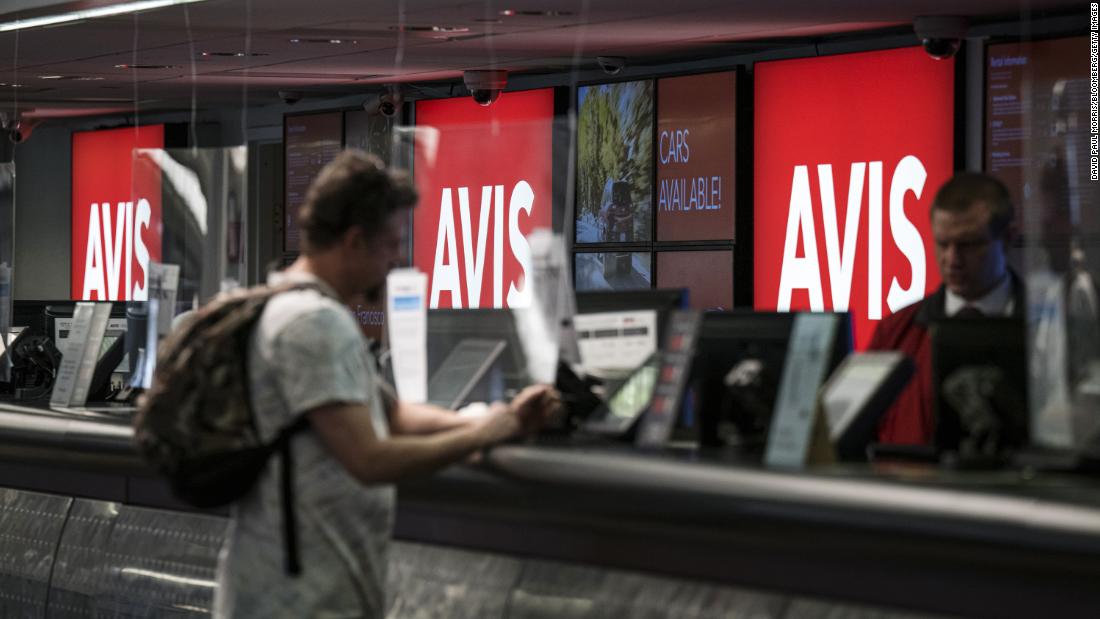 But are Avis bulls right to be this optimistic, or will worries about a second wave ultimately take the air out of the tires on this stock?

For one, Avis (CAR) doesn’t seem to have the same immediate risk of going into Chapter 11 as the heavily indebted Hertz (HTZ) did.
Avis said in its first quarter earnings report in early May that it has $1.6 billion in liquidity, which should be “adequate…for the balance of 2020 and into 2021.”

Plus, Avis might be able to sell some of the used cars that are sitting idle at airports to raise even more cash, says Millman Research Associates analyst Michael Millman.

Millman noted in a report this month that “used car prices have strengthened considerably into July,” which could lead to “a pleasant surprise” for Avis earnings in the second quarter.

He added that Avis — as well as privately held competitor Enterprise — is “having some success in taking parts of Hertz’ contracted business. This includes both leisure and corporate business.”

Avis may benefit from consumers taking longer car trips instead of flying, Millman also noted. “This might allow the company to add a mileage charge for these rentals,” he said.

Still, even analyst Frank Curzio, founder and CEO of Curzio Research, believes the rest of this year will be a challenge.

“Renting a car is safer in the current environment, where everyone wants to avoid crowds. Avis’ business will likely struggle in 2020, but that’s expected,” Curzio said in a report. “Sales and earnings will rebound sharply in 2021 as lockdowns end and millions of people start traveling again.”

Yet there are signs that international consumers are choosing car rentals over public transportation because of lingering worries about Covid-19, Curzio added. That could bode well for Avis, which generated nearly 30% of its revenue in the first quarter from outside the US.

What gives Avis a leg up is a management team that has done a great job of cutting costs and pushing out the maturity dates on its debt until 2023, Curzio said. That gives it a financial cushion that Hertz lacked.

Analysts are also holding out hope that the new leadership at Avis will be able to steer the company into a brighter future. Avis announced last week that it was naming Joe Ferraro, a 40-year veteran of the company who had been its interim chief since December, as its permanent CEO.

Deutsche Bank analyst Chris Woronka said in a report following the news that Ferraro is “the right executive to guide [Avis] through an unprecedented decline in travel volumes,” adding that “what the company needs most is a seasoned veteran of the industry.”