Bakken pain reflects long road back for US shale 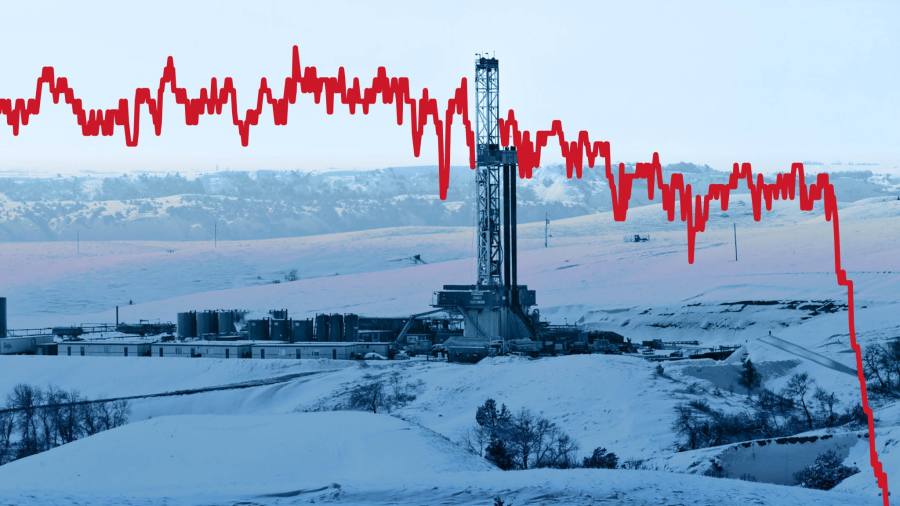 Oil output in the state, home to the Bakken’s most productive parts, has fallen by more than a third this year — a bigger drop than many individual Opec producers pledged in their historic supply-cutting deal in April — to less than 1m barrels a day, according to one industry estimate.

The cutback follows a consumption collapse, triggered by the Covid-19 crisis, that saw US oil prices crash to less than zero last month. Despite recovering to about $26 a barrel, the West Texas Intermediate benchmark is still down more than half since the start of the year. As a result, total US oil production is expected to drop by up to 3m barrels a day from a high near 13m b/d a few months ago, according to analysts.

“We’ve never been through a downturn like this, when there hasn’t been demand,” said Ron Ness, president of North Dakota Petroleum Council, an industry body.

Texas’s Permian shale produces three times as much as the Bakken, so its absolute output loss will be greater. But North Dakota’s economy is even more oil-dependent than that of Texas.

The crash will wipe up to 12 per cent from the state’s gross domestic product, estimates Professor David Flynn at the University of North Dakota. The energy sector had been expected to make up 57 per cent of the state’s current budget revenue. But that was based on much higher forecasts for output and oil prices than now look plausible.

“The Bakken isn’t unique in the pain it is feeling, it’s just first,” said Ian Nieboer at RS Energy Group, a consultancy. “Shale as a whole is suffering and will suffer greatly as activity evaporates.”

The average break-even price needed for a Bakken producer is about $45 a barrel, Mr Nieboer said, well above $26, where WTI is now trading. The Bakken’s distance from refineries and storage hubs means local wellhead production often sells even more cheaply than benchmark prices.

Distress was visible in early April, when Whiting Petroleum, a Bakken specialist that produced about 110,000 b/d last year, went bankrupt, leaving unsecured debts trailing across North Dakota’s oilfields services sector. The precipitous drop in prices has compelled other big Bakken producers, such as Continental Resources and ConocoPhillips, to cut hard.

Shutting a producing well can cost $20,000, according to Alexandre Ramos-Peon at Rystad Energy. But bringing it back on stream costs up to $50,000, according to the DMR. So the eventual restart bill has already reached almost $350m.

To support producers, the DMR wants to adjust rules so companies can drill wells but delay “completion” — everything from fracking to installing extraction kit to starting to produce the oil — without losing their licence. This could save more than half the $7m cost of a well, the DMR said.

North Dakota’s politicians have called for federal support, including tax breaks and access to a national lending programme. For the state’s fiscal needs, it may need to draw from its $730m rainy-day fund. Policymakers have mooted the imposition of production curbs on operators — an idea considered in Texas but rejected there on Tuesday.

The market is meanwhile imposing painful discipline faster than any bailout can arrive.

By Wednesday, the rig count — a proxy for activity in a business that needs constant drilling to hold output steady — had dropped to 22, less than half March’s average.

Job losses are mounting. Brandon Hubble, a coiled-tubing operator who has seen several oil crashes, was earning about $90,000 a year before the crisis hit — well above the state average — working at a fracking services company in Minot. He was laid off in March.

“It feels a lot more dire this time,” said Mr Hubble. “These companies were struggling to begin with.”

Prof Flynn said the number of people employed in the state’s oil industry could drop from about 25,000 to 18,000, in turn damaging local service economies that sprouted to support the sector.

Occupancy rates in western North Dakota hotels, accustomed to housing Bakken workers, had fallen to about 10 per cent, he said. “I don’t care what their financials say, I doubt any kind of establishment can make it.”

Mr Ness of the NDPC said $35 a barrel would be needed before the shutdown wells would be brought back, and “high $40s” before drilling activity picked up.

Until then, Bakken heartland towns such as Williston and Watford City would struggle, said Mr Hubble.

“A lot of people that work in these places are from out of town,” he said, attracted by the Bakken’s bumper salaries. A slower pace of life would now return to North Dakota. “They’ve seen a big boom in the past 20 years from all this oil, and it may go back to slower times.”