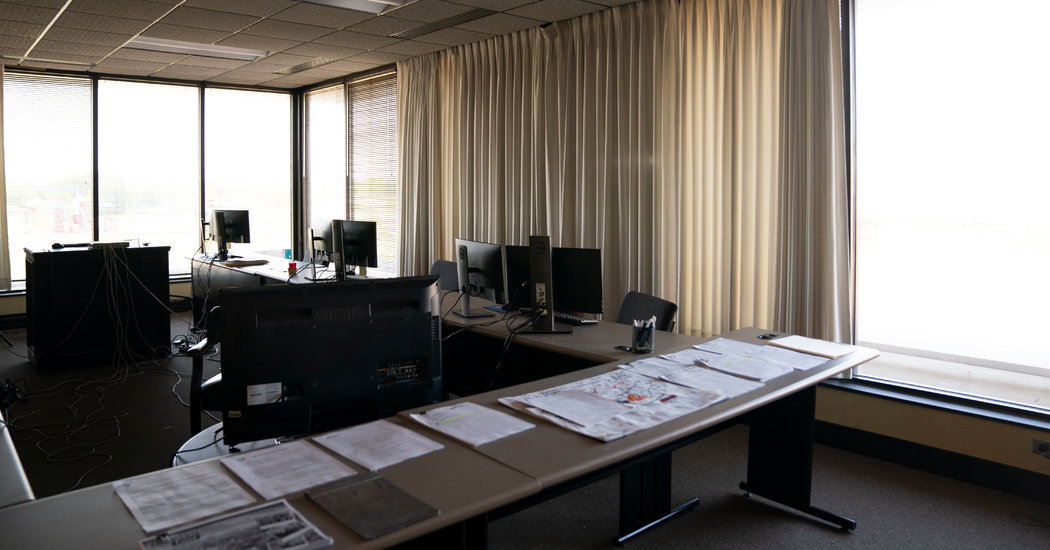 Minutes after a $310 billion aid program for small companies opened for business on Monday, the online portal for submitting applications crashed. And it kept crashing all day, much to the frustration of bankers around the country who were trying — and failing — to apply on behalf of desperate clients.

Some bankers were so irritated that they vented on social media at the Small Business Administration, which is running the program. Rob Nichols, the chief executive of the American Bankers Association, wrote on Twitter that the trade group’s members were “deeply frustrated” at their inability to access the system. Until the problems were fixed, he said, “#AmericasBanks will not be able to help more struggling small businesses.”

Pent-up demand for the funds has been intense, after the program’s initial $342 billion funding ran out in under two weeks, stranding hundreds of thousands of applicants whose loans did not get processed. Last week, Congress approved the additional $310 billion for small businesses hit by the coronavirus pandemic. Bankers were expecting the money to once again run out quickly, and so on Monday at 10:30 a.m., when round two opened, they were ready to go.

But for the second time in a month, the relief effort, called the Paycheck Protection Program, turned into chaos, sowing confusion among lenders and borrowers. A centerpiece of the government’s $2 trillion economic stimulus package, the program offers small companies — typically those with up to 500 workers — forgivable loans of up to $10 million. The S.B.A. is backing the loans, but customers must apply through financial institutions.

When the aid program first went live on April 3, the Treasury Department’s goal was to quickly steer money to the neediest businesses — hair salons, coffee shops, dry cleaners and others. But many large banks needed more time to set up their systems and held off for days on taking applications, leading to an outcry from borrowers who could not afford to keep waiting. Many were also furious that hundreds of publicly traded companies, as well as wealthy clients of some big banks, got access to those funds.

“I’m beyond frustrated,” said Curt Queyrouze, the bank’s president, who also shared his experience on Twitter. “We wanted to update all of our customers this evening on the status of their applications, but right now, there’s not a lot of good news to give them.”

After the money ran out in 13 days, Congress approved the additional funding for small businesses last week. It set aside $60 billion of that amount for loans through community development lenders, credit unions and other smaller lenders. But lenders warned that the new money would also vanish fast — adding to the desperation of small businesses, which often have thin margins and scant savings, and dialing up the pressure on their bankers.

On Monday morning, Richard Hunt, the chief executive of the Consumer Bankers Association, a trade group for banks, told CNBC: “We think every dollar is accounted for already.”

The S.B.A. tried to brace for the onslaught. It warned lenders on Sunday that it would impose “pacing” limits and accept only 350 applications per hour from each lender — a move intended to reduce the technical strain on E-Tran, its electronic loan processing system, and make sure the available money was widely distributed. But bankers said they weren’t able to get anywhere near that volume through the system on Monday.

Jill Castilla, the chief executive of Citizens Bank of Edmond, a small community lender in Oklahoma, had 200 applications ready to submit on Monday. After six hours of trying, she was able to get only three processed.

“We serve truly tiny businesses, and many of them are in desperate circumstances,” Ms. Castilla said. “We know that each hour that goes by means there’s more money used up that won’t be available to be allocated for loans in our community.”

On Twitter, Brad Bolton, the president and chief executive of Community Spirit Bank, a lender in Red Bay, Ala., summarized his experience with two pictures and a caption. The first photo was of the S.B.A.’s E-Tran portal, while the second showed an error message saying the site could not be reached; he captioned it “Hope and Despair in two pictures.” His tweet, directed at the S.B.A. and Treasury, also said: “Your failure to be ready is unacceptable.”

The S.B.A. “had weeks to get this figured out, and here we are,” Mr. Bolton said in an interview. “It’s a disaster.”

In a message sent to lenders on Monday afternoon, the S.B.A. wrote that “unprecedented demand” was slowing the response time of E-Tran. The agency said it had twice as many people trying to access the system that day as it did during the first round of program lending. Despite the technical problems, the S.B.A. said it had processed more than 100,000 loans under the program on Monday from 4,000 lenders.

Those statistics alarmed Mr. Bolton, who was not able to get a single loan through the system for a six-hour stretch on Monday.

“Who is getting their loans approved?” he said. “They’ve got to fix this, immediately, to give Main Street equitable access to this money.”

Just as happened the first time around — when bankers were given technical information by Treasury just hours before they were supposed to begin making loans — last-minute government guidance left banks scrambling. On Sunday, the S.B.A. said that it would allow big lenders — those with at least 15,000 applications — to send in one bulk-submission file each. On Monday, after complaints from smaller banks, it reduced the threshold to 5,000 applications. (The loans would still be allocated in order, with approvals limited to 350 per hour, per bank, the agency said.)

The S.B.A. and Treasury Department also said on Sunday that individual lenders would be able to parcel out no more than 10 percent of the program’s total funds (excluding the money set aside for community lenders). That capped the big banks’ total lending at $60 billion each.

Applicants said that being stuck in limbo was maddening.

Janet Marinaccio, the chief executive of Meet Each Need With Dignity, a nonprofit that runs a food bank and other relief services in the San Fernando Valley in California, applied for a loan weeks ago through Citi to help keep her organization’s 30 workers employed. It was not approved before the money ran out. Ms. Marinaccio was told on Friday that Citi would submit her application first thing on Monday. But by late afternoon, she was still waiting for word on whether it had made it through.

“We’re really hoping for a happy ending here,” she said.

“Our objective is to secure funding for as many small business clients as possible and we are doing our absolute best to make it happen,” Mr. Benson said.

Bankers acknowledged that the S.B.A. faced a huge challenge. Last year, it processed loans totaling around $30 billion — less than 5 percent of the volume it was asked to handle for the paycheck program. But the lack of adequate planning for Monday’s onslaught still angered them.

“This is one of the most inefficient days I’ve ever been a part of,” said Craig Street, the chief lending officer at United Midwest Savings Bank in Columbus, Ohio. “We have people sitting in front of computers inputting data over and over again only to be continually timed out of the system and have to start over.”