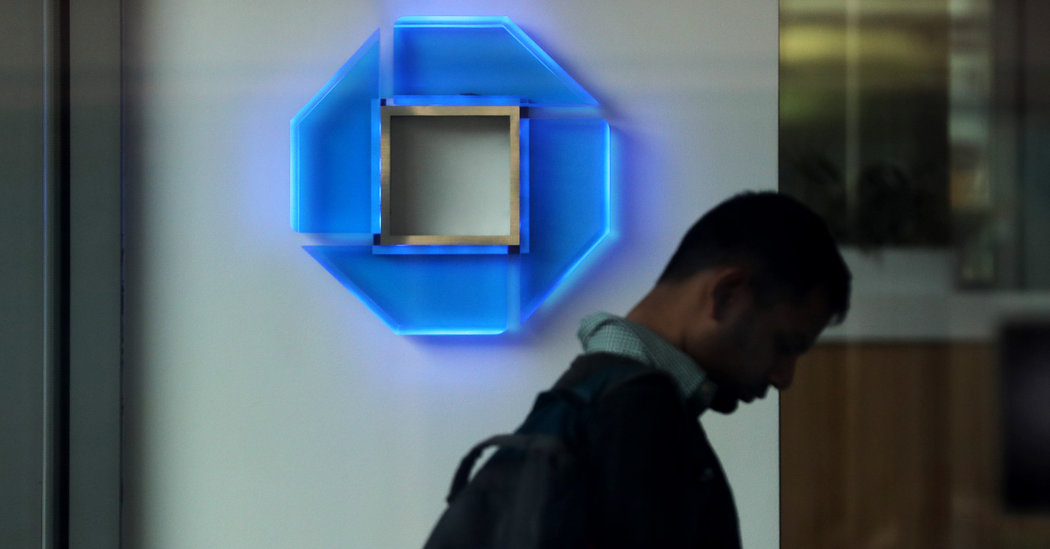 The federal government’s $349 billion aid program for small businesses devastated by the coronavirus pandemic was advertised as first-come, first-served. As many business owners found out, it was anything but.

That’s because some of the nation’s biggest banks, including JPMorgan Chase, Citibank and U.S. Bank, prioritized the applications of their wealthiest clients before turning to other loan seekers, according to half a dozen bank employees and financial industry executives who spoke on the condition of anonymity because they were not authorized to discuss the banks’ operations.

Customers of Citi’s private bank, where the minimum account size is $25 million, didn’t have to use an online portal to apply for a loan; they could simply submit paperwork to their banker, who would put in an application on their behalf. At Chase, the nation’s largest bank, nearly all private and commercial banking clients who applied for a small-business loan got one, whereas only one out of every 15 retail banking customers who sought loans was successful. Some banks provided highly personalized, so-called concierge service to their richest clients by enlisting representatives to walk them through every step and submit their paperwork.

Other business owners were left empty-handed, and many had struggled from the start. At Chase, a portal accepting preliminary requests to apply was only sporadically accessible on April 3, the first day of the program. The best that customers could hope for was a call back from a Chase representative — days later — to proceed with the next steps.

And a full week after the program’s introduction, Citi’s website was offering retail customers only a chance to submit their names and contact information to express their desire to apply for the program. The bank then reached out to some, but not all, of those customers to invite them to submit full applications; thousands of people never got to apply. Citi’s private banking clients didn’t have to apply online via the portal, according to a person with knowledge of Citi’s operations.

Banks, including regional lenders like First Horizon, in Memphis, weren’t entirely driven by financial motives in placing wealthy clients first, even though they stood to make bigger fees from bigger loans. Since banks typically have extensive contact with their wealthiest or biggest clients, who do a lot of business, they already had much of their clients’ financial information, making the paperwork easier. On the other hand, banks had to build new mechanisms for processing loan requests from their retail clients.

Banks typically categorize individuals and small businesses as retail customers, while bigger clients such as professional firms are handled through the commercial operation, where they get more personal attention. Private banks serve extremely wealthy individuals.

At JPMorgan, nearly all of the 8,500 commercial and private banking clients who applied for a loan got one. That included companies like the sandwich chain Potbelly and the pharmaceutical company MannKind. At the same time, only 18,000 of more than 300,000 small-business banking customers who applied through Chase’s retail bank, where they normally did business, got loans, according to the bank. In all, Chase handed out $14 billion through the program — more than any other bank, but still less than half of the $36 billion that customers had sought.

The first tranche of money was distributed in a way that favored larger businesses, according to data from the Small Business Administration. Loans of more than $1 million made up just 4 percent of those approved, but they sucked up 45 percent of the dollars disbursed.

Banks say they will get to more of their small customers when the program reopens. On Tuesday, the Senate approved $320 billion in fresh funding for the program, which is being administered by the S.B.A. The House is expected to approve the funds on Thursday.

This time, $60 billion will be set aside for loans through small banks and community development financial institutions, which reach more mom-and-pop customers.

At JPMorgan, the two-tiered system was in place as soon as the S.B.A. began accepting applications. When the Treasury Department released guidance to banks just hours before the program opened, leaders of Chase’s retail bank hosted a nationwide conference call to provide workers with directions on how to handle customers, according to two employees of the retail bank.

Chase employees were already getting calls and emails from longstanding customers, who thought that their relationships with branch managers and bankers would get them some personal help. On the call, the bank’s leaders told branch employees who normally dealt with customers not to get involved in the application process. If business owners called to ask about their applications — even if they were well-known customers — employees were to tell them not to worry, that their applications were in a queue and would be processed as quickly as possible.

Meanwhile, far wealthier clients in another part of JPMorgan’s sprawling operations were getting the kind of personal attention that the small-business banking customers had sought. These were clients of the private bank — people with at least $10 million in assets — or customers who had gotten loans through JPMorgan’s commercial bank.

A JPMorgan employee was assigned to those customers to shepherd their applications through the process, providing what one person familiar with the operation called “concierge treatment.” They never had to wait for an online portal. They never found themselves in a backed-up queue.

“We worked as quickly as possible in a race against time, volume and manual processes,” said Patricia Wexler, a JPMorgan spokeswoman, in response to questions about how the bank handled customers’ loan requests. “We will work diligently with the S.B.A. and Treasury to serve as many small businesses as possible.”

“The banks should be prevented from giving preference,” said Marc Morial, the chief executive of the National Urban League, a civil rights group based in New York. Mr. Morial noted that 80 percent of all small businesses had just one employee, the owner. For African-American-owned businesses, that percentage was closer to 90 percent.

“They’re family-owned and they don’t have C.F.O.s, financial advisers and lawyers,” he said. “It’s not fair that this is about who has the best connection with their banker.”

Nadeige Choplet, who owns a ceramics studio and gallery in Brooklyn, discovered that Santander had a separate system for some clients only after she informed a business banker there that she was closing the account she’d had for 15 years. Ms. Choplet told the banker she was planning to move her money to another bank, where she thought she might actually have a shot at applying for aid.

For two weeks, she had been calling and making in-person visits to her local Santander branch and speaking with employees, including the branch manager, who knew her well, she said. All of them told her that Santander was not yet ready to take applications. That changed after Ms. Choplet emailed her banker to say she was leaving.

“All of a sudden the door opened,” she said. Her banker told her she had escalated Ms. Choplet’s file and that the bank would take her application manually. Ms. Choplet said she called the branch manager who had earlier told her repeatedly that no applications were being accepted and asked him if he had known they could be done by hand, in person. He said yes.

“I was speaking directly to someone looking into my eyes and telling me, ‘We’re not ready,’” she said. “He lied.” Ms. Choplet didn’t get the loan because the money ran out, but her banker will put in an application once new funds are released.

Laurie Kight, a Santander spokeswoman, said the bank could not comment on specific customers. “Unfortunately, we, like other banks, were unable to help every customer who expressed interest in obtaining a loan from the initial funds Congress appropriated,” Ms. Kight said.

She added that Santander was “working around the clock to expand our processing capacity to be prepared to help as many more customers as possible seek loans when additional funding becomes available.”

At U.S. Bank, bankers were overwhelmed by tens of thousands of applications, each of which required an employee to individually review and verify the borrower’s financial details. A group inside the bank came up with a shortcut for the most lucrative business clients: It put together a dedicated team to handle those V.I.P. customers’ applications. That team processed applications much faster than rank-and-file workers could, according to a person familiar with the bank’s operations.

At First Horizon Bank, wealthy customers got personal assistance from loan officers. Only about half of $1.6 billion the bank distributed under the program went to small-business customers, according to a spokeswoman, like hair salons and restaurants. Of the 5,500 loans the bank made, the spokeswoman said, 47 percent went to privately owned midsize businesses, a category that could include law firms.