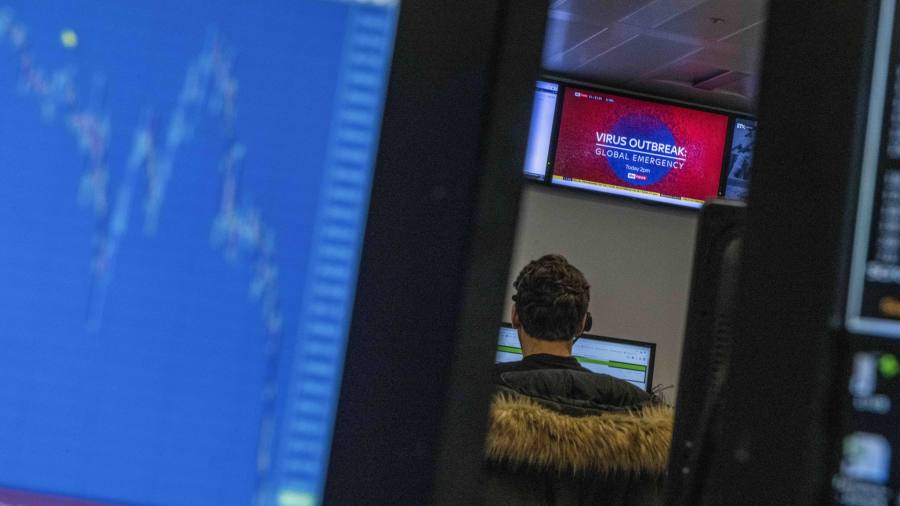 Europe’s banks and asset managers are stepping up preparations to keep teams trading in the face of the coronavirus outbreak, with several companies standing ready to shift staff to off-site locations.

After a week of severe ructions in equities, bonds and commodities, caused by the global economic threat of Covid-19, banks and regulators are working to ensure that markets continue to function without operational disruption.

The Bank of England said it was working with the Treasury, the Financial Conduct Authority, and its international partners “to ensure all necessary steps are taken to protect financial and monetary stability” — comments that also reflect swelling expectations that central banks could cut interest rates or use other tools to try and soften the economic impact of the virus.

As the highly infectious virus spreads, the ability to sustain large, open-plan trading floors, which often house hundreds of traders and analysts in proximity to one another, is increasingly under threat.

UK regulators are aware of the risk posed to market stability in an extreme scenario, and are in regular contact with banks to ensure they stand ready to activate contingency plans, people familiar with the matter said.

“We can’t have disruption to markets should this spread further,” one of these people said.

The Financial Conduct Authority, the UK’s financial watchdog, said it was “working closely with the financial services sector to ensure it is responding effectively to the outbreak”.

“We expect all firms to have contingency plans in place to deal with major events so that they are able to continue operating effectively,” the regulator said.

Global stock markets fell almost 13 per cent last week after the virus spread deeper into Italy and South Korea and began to take hold in the US. Despite the dent to portfolios, however, trading systems operated smoothly.

For banks, sending staff either home or to off-site bases for work is a difficult but not insurmountable task. Some banks already give staff mobile phones with recorded lines, which are essential for monitoring conversations to help fix errors or to minimise risks of traders sharing sensitive information.

Electronic trading applications, such as those on Bloomberg terminals, are sometimes available remotely, and dedicated disaster recovery sites are designed to operate on a par with core facilities.

More complication sets in if banks need to have certain staff work away from disaster recovery centres, for example at home. AFME, a lobby group for European financial institutions, is “looking into” whether key national regulators would exempt banks from rules requiring certain activities to be carried out on premises, a person familiar with those efforts said.

Still, banks and investors know that sending people to work in remote locations in satellite towns around London would inject inefficiencies into the working of their trading desks. None has yet activated plans to take that step, but several people familiar with banks’ plans said they were intending to look more closely at their protocols in the coming week.

A person familiar with the matter said that Deutsche Bank had already implemented a “split operations” scheme for some of its Asian operations, with key trading teams split in two to work from separate locations. “Deutsche Bank is taking active steps to protect staff and clients and ensure continuity of operations across all our businesses,” the lender said in a statement.

HSBC said it was able to “support our clients from multiple sites”, adding: “We have well practised contingency measures that ensure critical processes continue to be maintained.”

One large UK-based investment house has implemented an office clampdown, isolating offices and stopping movement between them to try to keep locations operational. A person briefed on the arrangements there described this as the outcome of “gold-level crisis planning”.

“We double-checked our existing business continuity plans last week to make sure everything stands ready,” another senior manager of a large European asset manager told the Financial Times. Should the situation escalate, it will split its trading teams into two groups, with one of them working from a secondary location. “Both teams would swap their locations on a weekly basis, while the offices would be deep cleaned in between.”

Planning has also intensified at the biggest French banks, where some are waiting for approval from regulators to allow traders to work from home. Banks there also intend to first split trading staff into back-up and standard locations, while some trading could also shift into less affected countries.

Most banks and investment houses have already restricted international travel and relied on the greater use of video conferencing in an effort to shield staff from infection.