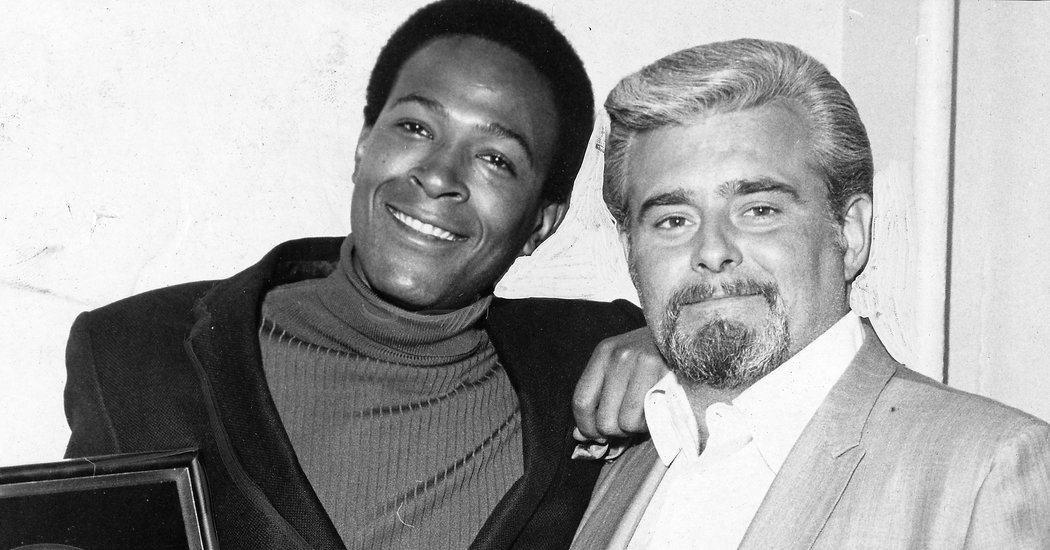 In the summer of 1964, Motown was in a bind. Its biggest female star, Mary Wells, had just reached No. 1 with “My Guy,” and then quit the label — the first major defection from the young company, which had set itself up in Detroit as a flawless factory of black pop.

So Berry Gordy Jr., Motown’s founder, and his team tried to craft a hit for a trio of young women from the label’s bench, the Supremes, who had struggled to crack the Top 40. Their chosen song, “Where Did Our Love Go,” was carefully arranged for hit potential — all that was left was to sell it to radio programmers.

That job fell to Barney Ales, Mr. Gordy’s indefatigable lieutenant, who proclaimed in a company news release that “Where Did Our Love Go” would be Motown’s next No. 1. He was soon proved correct and the Supremes, led by Diana Ross, were anointed Motown’s newest superstars.

Mr. Ales died on April 17 in Malibu, Calif., at age 85. The Universal Music Group, which owns the Motown label, announced the death but did not specify the cause.

Mr. Ales was one of Mr. Gordy’s most indispensable executives throughout the 1960s, when Motown became a ubiquitous force in American pop culture and a prime symbol of black enterprise at the height of the civil rights movement.

Officially, he was in charge of sales and promotion. But as a high-ranking white executive at a black-owned label, Mr. Ales was also instrumental in promoting Motown’s music to the white-dominated industry — most importantly the programmers who decided what songs were played on Top 40 radio stations.

Crossing over to the pop mainstream was crucial to Mr. Gordy’s vision for Motown. The label’s sound was rooted in R&B, yet its artists were carefully styled to appeal to white audiences, down to the sequined gowns, etiquette lessons and Las Vegas nightclub engagements for acts like the Supremes.

“There’s no question that Ales’s race gave him access to, and influence with, pop radio D.J.s and programmers,” Adam White, who collaborated with Mr. Ales on the 2016 book “Motown: The Sound of Young America,” said by email.

“That was the reality of the times,” Mr. White added, “even as pop radio was recognizing that its audience was drawn to the kind of R&B-pop that Motown was perfecting.”

Baldassare Ales was born in Detroit on May 13, 1934, to Silvestro Ales, a Sicilian-born barber, and Evelyn (Winfield) Ales, who grew up in Cheboygan, Mich. He attended Thomas M. Cooley High School in Detroit and as a young man worked on a Dodge assembly line.

He began his education in the music industry at 21 in the stockroom of Capitol Records’ local office, rising to positions in sales and promotion. In 1959, he became the Detroit branch manager of Warner Bros. Records.

Those jobs gave Mr. Ales entree to the record stores, distributors and programmers vital to making any song a hit. He met Mr. Gordy in 1960 and was soon hired as the national sales and promotion manager at Motown, which Mr. Gordy had founded in 1959 with an $800 loan from his family.

Mr. Ales built the label’s sales and promotion team, which in the early days was predominantly white. Part of his job involved collecting money the label’s distributors owed — a hazard for most independent labels, which Mr. Ales dealt with by threatening to withhold Motown’s supply of hits from nonpaying accounts.

“It didn’t just happen overnight. It was a well-thought-out philosophy that we had,” Mr. Ales said of the label’s business plan in a 2016 interview with The Detroit Free Press. “Motown was a music company. It wasn’t an R&B company. It wasn’t a soul company. It was the same as Capitol Records or CBS: a company devoted to making music.”

Mr. Ales offered a glimpse of his method on a one-sided 45 r.p.m. record titled “An Important Message From Barney Ales (Play Immediately)” that was sent to distributors in 1970. Over three minutes, he implored them to help make a No. 1 hit out of Ms. Ross’s debut solo single, “Reach Out and Touch (Somebody’s Hand).”

“I’m concerned and I want action,” he told them. But the single stalled at No. 20.

When Motown moved its headquarters to Los Angeles in 1972, Mr. Ales remained in Detroit. A few years later he started his own label, Prodigal, but in 1975 he rejoined Motown and sold Prodigal to it. In the late 1970s he served as Motown’s president.

He left Motown again in 1979 and worked with various companies, including the jazz label Pablo and Elton John’s Rocket Record Company. In the 1990s he also worked with the AEM Record Group, which released music by the funk hero George Clinton — whom Mr. Ales had known since the 1960s, when Mr. Clinton was signed to Motown’s music publishing subsidiary, Jobete, as a songwriter.

Mr. Ales is survived by his wife, Eileen; his sons, Steven, Barney and Brett; his daughters, Shelley DeRose and Cristina Ales-Neggazi; nine grandchildren; and six great-grandchildren.

In a statement, Mr. Gordy praised Mr. Ales’s ability to sell the label’s music to anyone who would buy it.

“I just thought Barney was the greatest salesperson in the world, and he had like the United Nations in his sales department,” Mr. Gordy said. “I wanted to sell music to all people: whites, blacks, Jews, gentiles, the cops and the robbers.”