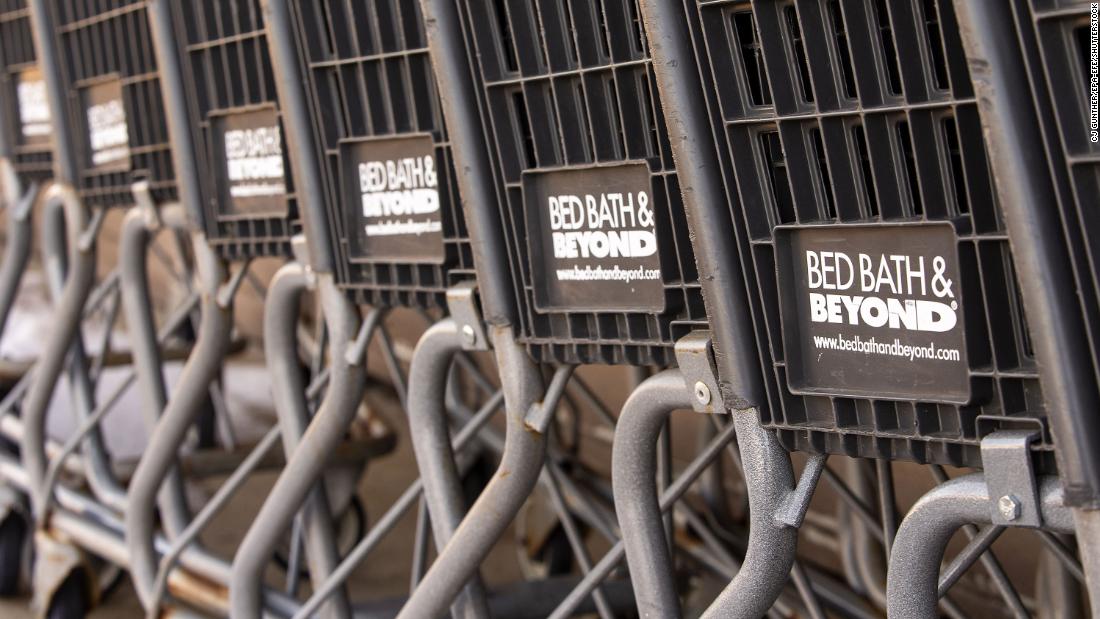 Bed Bath & Beyond (BBBY) is one big holdout staying open as of Thursday afternoon, even as their department store and home goods’ rivals like Macy’s (M), Nordstrom (JWN), JCPenney (JCP) and others shut their doors. TJX (TJX), the parent company of TJMaxx and Marshalls, announced earlier on Thursday that it will close for two weeks. Kohl’s (KSS) also plans to close stores Thursday.
While grocery stores, big box chains, wholesale clubs and pharmacies are staying open, there is confusion around which stores are “non-essential” and should be closed. Home improvement stores such as Home Depot (HD) and Lowe’s (LOW) also remain open. Best Buy (BBY) is limiting the number of customers in stores to 15 at a time.

The National Retail Federation sent a letter to President Trump Thursday requesting clarification on which stores can remain open. “There remains a need for clear national guidance to resolve questions caused by a number of conflicting state and local orders,” the trade group said.

Leonard Marcus, co-director of the National Preparedness Leadership Initiative at the Harvard School of Public Health, said keeping Bed Bath & Beyond and other non-essential stores open “does raise the risks to employees and customers. We are at a dangerous point in the spread of the coronavirus.”

Bed Bath & Beyond says on its website that it is cleaning stores more frequently than usual and taking measures to protect their employees and customers.

“We’re taking sensible steps to help protect our team of associates,” Bed Bath & Beyond CEO Mark Tritton said in a message posted to the company’s website. Tritton, who took over as CEO last year, is attempting to turn around the flagging retailer.

However, Bed Bath & Beyond workers are fuming about the company’s decision.

“We have no idea what is going on, we feel abandoned, and all our district and regional support are working from home,” said one employee in Connecticut who, like others, spoke under the condition of anonymity out of fear of retaliation. “Associates are scared, frustrated, and have lost faith in the company to do the right thing and support us.”

Added one worker in California: “The lack of action put forth by Mark Triton has frankly become disconcerting.”

The company did not respond to request for comment.

Neil Saunders, analyst at GlobalData Retail, believes Bed Bath & Beyond is staying open because it doesn’t want to incur loses for closing.

“That’s understandable but it’s not exactly convincing given that so many other retailers, including distressed ones like JCPenney, are taking a hit,” he said. “It is certainly increasing the risk for customers and especially for staff.”