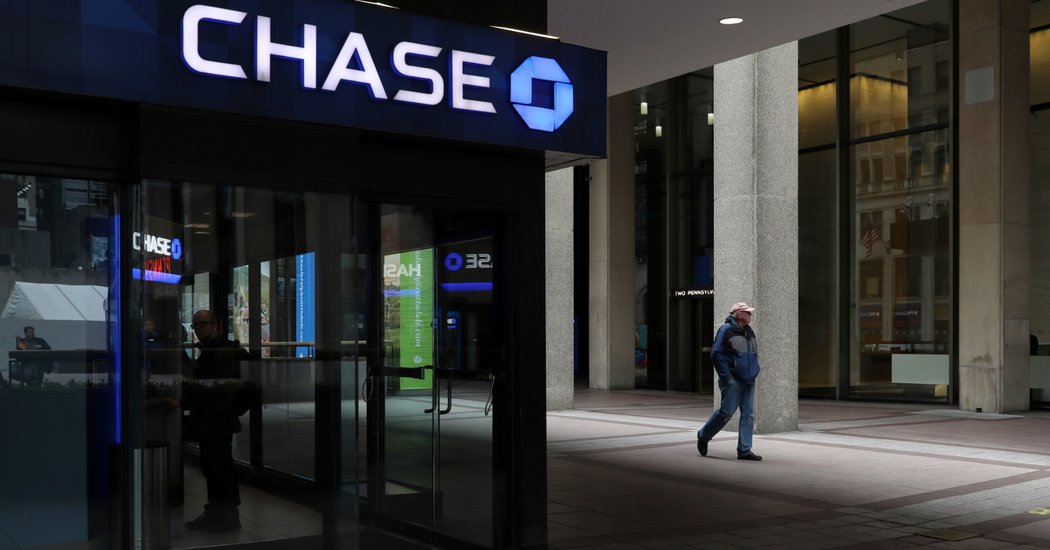 The economic shutdown the coronavirus has caused has already forced millions of Americans out of work and threatened the future of thousands of small businesses, and the country’s biggest banks are bracing for the fallout.

JPMorgan Chase and Wells Fargo — the first two major banks to report earnings this quarter — set aside billions of dollars each for losses on loans to customers who may soon no longer have the means to repay them.

JPMorgan’s chief executive, Jamie Dimon, said the bank was preparing for “the likelihood of a fairly severe recession.”

JPMorgan, the country’s largest bank, estimated that it needed to add $6.8 billion to its reserves to prepare for impending defaults. Wells Fargo, the fourth largest, set aside $3.1 billion.

JPMorgan’s total reserves for losses now stand at $8.3 billion, while Wells Fargo has $4 billion set aside.

“The actual level of losses we incur will be driven by how long this period lasts and the level of support the government provides,” Wells Fargo’s chief executive, Charles W. Scharf, said on a call to discuss the results with Wall Street analysts.

But the banks’ maneuvers to steel themselves for losses reflect their calculations that the $2 trillion economic relief bill — which includes direct payments to low-earning Americans as well as $349 billion in forgivable loans to small businesses — will not be enough to stave widespread financial instability for everyday Americans and their employers.

JPMorgan’s reserves, for example, are now close to the levels the bank felt it was necessary to hold in the immediate aftermath of the 2008 financial crisis, which brought about the Great Recession.

The banks’ preparations hit their profits hard in the last quarter.

JPMorgan expected consumer loans — most of them credit cards — to lose $4.4 billion while commercial loans to businesses in real estate, retail and oil and gas could lose $2.4 billion, according to its estimates. And Wells Fargo said $1 billion of its potential losses could come from loans to consumers and small businesses.

The reserve-building activities spooked investors in both banks. Their stocks were trading more than 3 percent lower at midday, despite an overall increase in the values of the major stock indexes on Tuesday.

But there were some bright spots, particularly at JPMorgan.

The bank reported revenue from trading things like foreign currencies, bonds and government debt rose by 34 percent compared with a year ago. Stock trading revenue was 28 percent higher. Over all, revenue in the bank’s Wall Street markets division reached $7.4 billion, a record.

And there is Mr. Dimon’s health. Mr. Dimon underwent emergency heart surgery in March, but returned to work on April 2. He said the operation had not changed his outlook for his future; he said he felt good and under no pressure to retire.

“I’ve always liked working,” he said. “I think people having a purpose in life is a good thing.”

Both banks reported their corporate clients were pulling cash from the lines of credits they maintain to deal with the economic effects of the outbreak.

JPMorgan’s chief financial officer, Jennifer Piepszak, said on a call with reporters that corporate customers took cash out of their revolving credit lines at an unusually high rate. Mr. Dimon added that the rate was twice what it had been during the 2008 financial crisis.

“People got scared,” he said.

The bank also helped companies with good credit ratings raise more money through bond issues, Mr. Dimon said, adding that companies were piling up cash reserves to prepare for a long and slow journey out of the economic shutdown.

Both banks are participating in the government’s $349 billion small-business loan program. JPMorgan said it has distributed $9.3 billion so far to businesses employing a combined 700,000 people. And at Wells Fargo, the Federal Reserve temporarily lifted a growth restriction it had imposed on the bank over its fake-account scandal to allow it to make loans to its small-business customers.

But the banks’ preparations for personal and business customers who fall short of their obligations were a profound sign of the economic damage the coronavirus had already done, even with the government interventions made so far. Both banks said they had started factoring the stimulus package into their economic forecasts as soon as it became law.

Wells Fargo made its loss estimates in part by looking at the bank’s performance during the 2008 crisis, said John Shrewsberry, the bank’s chief financial officer. And, he said, the bank always set aside more than it ends up charging off.

But, he said, the bank could set aside more in the near future, depending on how much worse conditions for everyday Americans became.