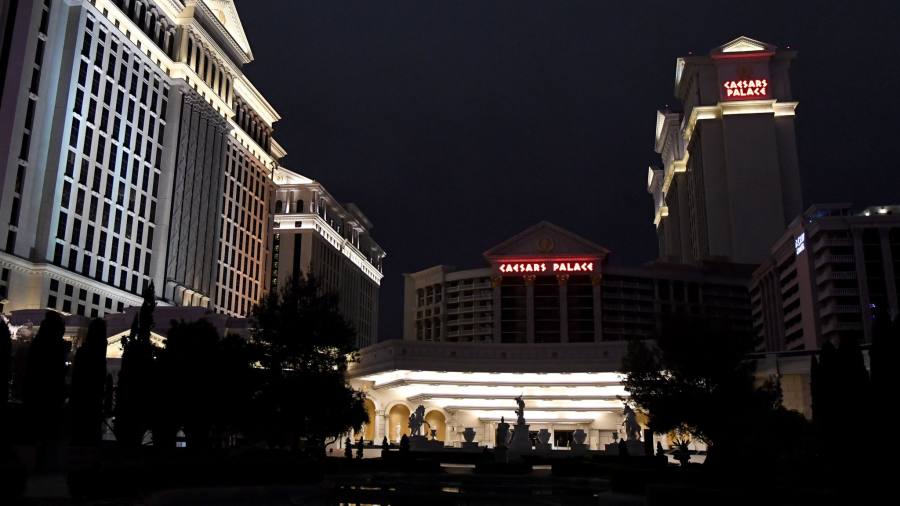 Hedge funds that bet on the completion of pending mergers and acquisitions are nursing heavy losses, as the coronavirus outbreak wreaks havoc in global markets and puts many deals in jeopardy.

Data group HFR’s index of merger-arbitrage funds has tumbled 17.5 per cent so far in March, putting it on course for its worst month since at least 1997. Large hedge funds such as Millennium and more specialised groups such as Westchester Capital Management have been hit by bets on frozen deals, according to industry specialists.

Such funds try to capture the difference between a target company’s current share price and the higher value of a takeover offer. Typically, this gap stays at about 5 per cent or less in the run-up to completion, reflecting both the time to reach the deal’s closure as well as the risk that the deal falls apart. Traders use leverage to amplify potential gains.

However, whipsawing markets have slammed stock prices while raising the cost of credit, raising fears that a number of large deals awaiting completion may be recut or scrapped altogether. Analysts at Wells Fargo have described the events of the past few weeks as “arb-ageddon” — a term traders said was coined in 2008, during the global financial collapse.

“Spreads are moving with a volatility . . . we’ve never seen,” said a portfolio manager who runs a merger arb company.

Widening discounts, or spreads, can blow up the merger-arb trade by triggering margin calls from banks, forcing the arbitrageur to cut their losses. That can in turn increase the markdown on the shares and hit other hedge funds holding on to the trade.

One hedge fund portfolio manager described a “race for the exit” by the biggest investors as they rushed to sell out of positions.

Traders highlighted examples such as EssilorLuxottica’s planned purchase of Dutch group eyewear retailer GrandVision for €7.1bn, which faces a long EU competition review. At one point last week, GrandVision’s shares fell to a 69 per cent discount to the value of EssilorLuxottica’s takeover offer. The gap sits at about 22 per cent after a rally.

The deal being watched most closely, according to merger arbs, is US drugmaker AbbVie’s planned $63bn cash-and-stock takeover of Allergan, which was agreed in June 2019.

At least three hedge funds — Farallon Capital, HBK Investments and Pentwater Capital — had positions in Allergan worth more than $1bn, according to regulatory filings. That means the funds are likely down on the bet as shares, which were trading close to the AbbVie offer, widened to a discount of as much as 12 per cent before narrowing to closer to 6 per cent by the end of last week. This month AbbVie president Mike Severino said he expected the Federal Trade Commission to clear the deal “early in the second quarter”.

In the US, Simon Property’s $7bn acquisition of Taubman Centers, the operator of 26 shopping centres in the US and Asia, also faces difficulty. Many of Taubman’s centres have had to shut down due to government measures to combat the spreading of Covid-19. Shares in the company were trading about 20 per cent below Simon’s takeover price.

The average discount among nearly 30 US public company deals outstanding was just above 10 per cent, according to FT analysis.

Several dealmakers said that many transactions would survive the current market volatility, arguing that the huge discounts are just an example of dislocations caused by indiscriminate selling by investors.

In the US, moreover, courts have been reluctant to provide acquirers with much wriggle room. Merger agreements have “material adverse change” or “material adverse effect” provisions that determine whether a deal can be altered after having been agreed. Those tend to be ironclad and leave little space for renegotiations, lawyers said. Sometimes, however, targets and acquirers will mutually agree to lower the purchase price to avoid extensive litigation.

“Asserting a MAC walkaway generally requires that the negative financial impact is unique to the company being acquired with a long-term impact on the business,” said Frank Aquila, a partner at law firm Sullivan & Cromwell in New York. “Covid-19 is impacting the global economy, so it would be extremely difficult to show that it’s specific to a particular company.”

For example, the $6bn buyout of US-listed Tech Data by private equity group Apollo might seem to be in danger, judged solely by the spread below the deal value. Shares in the IT equipment distributor sit at $114, a long way from the agreed takeover price of $145 a share.

However, the merger agreement signed by the two companies — reviewed by the FT — states that it would be hard to use a MAC clause to terminate the deal unless a pandemic “had a materially disproportionate adverse effect on the company relative to other companies of similar size operating in the [same] industries”.

Another deal threatened by the viral outbreak is Eldorado Resorts’ debt-fuelled $17bn acquisition of Caesars, a rival casino operator. The spread between Caesars’ share price and Eldorado’s offer has widened to more than 40 per cent, from less than 1 per cent. Traders said that reflects fears that Eldorado would not survive the downturn.