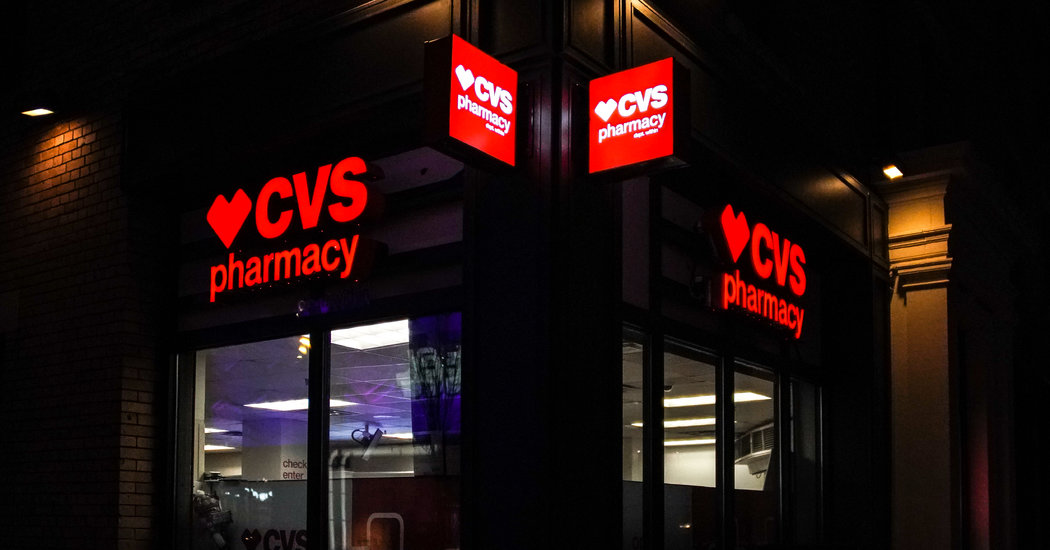 Through years of lawsuits and rising public anger over the opioid epidemic, the big American pharmacy retailers have largely eluded scrutiny. But a new court filing Wednesday morning asserts that pharmacies including CVS, Rite Aid, Walgreens and Giant Eagle as well as those operated by Walmart were as complicit in perpetuating the crisis as the manufacturers and distributors of the addictive drugs.

The retailers sold millions of pills in tiny communities, offered bonuses for high-volume pharmacists and even worked directly with drug manufacturers to promote opioids as safe and effective, according to the complaint filed in federal court in Cleveland by two Ohio counties.

Specifically, the complaint lays out evidence that:

The companies could not immediately be reached for comment on the early-morning filing. In the past, they have maintained that they were merely filling doctors’ prescriptions of legal medications.

Federal law requires manufacturers, drug retailers and suppliers to report suspiciously high orders to the federal Drug Enforcement Administration. But despite being repeatedly fined by the D.E.A. for failing to do so, the chains continued to sell outsize quantities of opioids, the complaint contends, only rarely sounding alarms, a charge also made against the drug distributors in numerous other lawsuits.

Walmart devised a workaround to that reporting requirement, the complaint says. In mid-2012, it fixed a hard limit on opioid quantities it would distribute to its stores, foreclosing the need for its pharmacists to report excessive orders. Yet Walmart simply allowed its stores to make up the difference by buying the remainder of their large opioid orders from other distributors.

Until now, the focus of thousands of lawsuits across the country related to the opioid health crisis has largely been on drug manufacturers and distributors. A handful of those cases have settled. Representative cases, called bellwethers, selected by Judge Dan A. Polster in Cleveland from thousands of similar federal lawsuits to test both sides’ arguments, are moving through early stages in Chicago and West Virginia.

Cases brought by New York State and two New York counties are awaiting a joint trial date; originally set to begin March 20, their trial was postponed because of the pandemic lockdown.

But relatively few cases against the retail pharmacy chains have advanced. Like most of the lawsuits in the sprawling national litigation, those cases are on hold, pending the outcome of the bellwethers. Judge Polster recently gave bellwether status to retail pharmacy cases brought by San Francisco and the Cherokee Nation. Those lawsuits will now proceed in the plaintiffs’ local federal courts.

The first case to advance against retailers, brought by Cuyahoga and Summit Counties in Ohio, is scheduled for November 2020. But those counties are only suing the chains in their capacity as distributors of opioids to their own drugstores.

In contrast, the complaint filed on Wednesday was a major salvo in a more far-reaching trial, scheduled for next May. Lake and Trumbull Counties in Ohio are suing the chains on two fronts: as distributors to their own pharmacies, and as dispensers, whom the counties say intentionally fed customers’ appetite for opioids.

The 209-page complaint was filed under seal earlier this month. Barring objections by the defendants, Judge Polster allowed the complaint to be filed publicly, which the lawyers did on Wednesday. As the lawyers note, its claims are based on documents and interviews already completed for the federal opioid litigation. But lawyers anticipate obtaining considerably more information through the discovery process.

According to federal data presented in the complaint, from 2006 through 2014, the retail pharmacy chains ran 31 pharmacies in Lake County, which has a population of 220,000, and sold nearly 64 million doses of oxycodone and hydrocodone — or 290 pills for every man, woman and child.

During that same period, the numbers in Trumbull County were even more extreme. A combined 28 pharmacies sold nearly 68 million doses to a population of 209,837, or more than 322 pills for every man, woman and child.

A major thrust of the complaint is that the chains dragged their feet in setting up monitoring protocols at regional distribution centers, enforced those programs anemically at best, kept raising thresholds for quantities of pills that might otherwise trigger a flagged report, rewarded pharmacists for churning volume rapidly and, in some instances, pointedly ordered them never to refuse a doctor’s prescription.

CVS, for example, did not have a companywide policy for reporting suspicious orders until 2010, posting it the day after a D.E.A. audit raised concerns, the complaint says. But CVS didn’t report any orders as suspicious until February, 2012, when the epidemic was already in sharp ascent. Through November 2013, CVS reported only seven such orders from across the entire country. None were from Ohio.

Three Walmart pharmacies in Lake County sold 6.4 million opioid pills from 2006 through 2014. But Walmart, the complaint says, did not file any suspicious order reports from those stores between 2007 and 2014, the period for which the plaintiffs have such data.

The complaint also details the chains’ full-throated participation in trade groups that lobbied Congress to pass the 2016 Marino bill, which curtailed the D.E.A.’s ability to immediately suspend the registration of a manufacturer, distributor or pharmacy. CVS, along with Cardinal Health, a distributor, and Teva, a manufacturer of generic opioids, worked through a lobbying group called the Alliance to Prevent the Abuse of Medicines, which often cloaked individual corporate identity.

CVS repeatedly joined with manufacturers to train its pharmacists about their drugs. In the complaint, the lawyers write, “CVS was so eager to ally itself with Purdue that it solicited Purdue for its participation in co-hosting Continuing Education programs for health care providers and pharmacists regarding training on diversion of prescription opioids.”

In an undated letter outlining such a venture, CVS directors wrote that to address the challenges of a community pharmacy practice, programs should include topics “often associated with Purdue’s products.”

They offered as an example:

“How to communicate effectively with patients and physicians about appropriate pain management therapy, and how to resolve potential conflict with a drug ‘seeker.’”