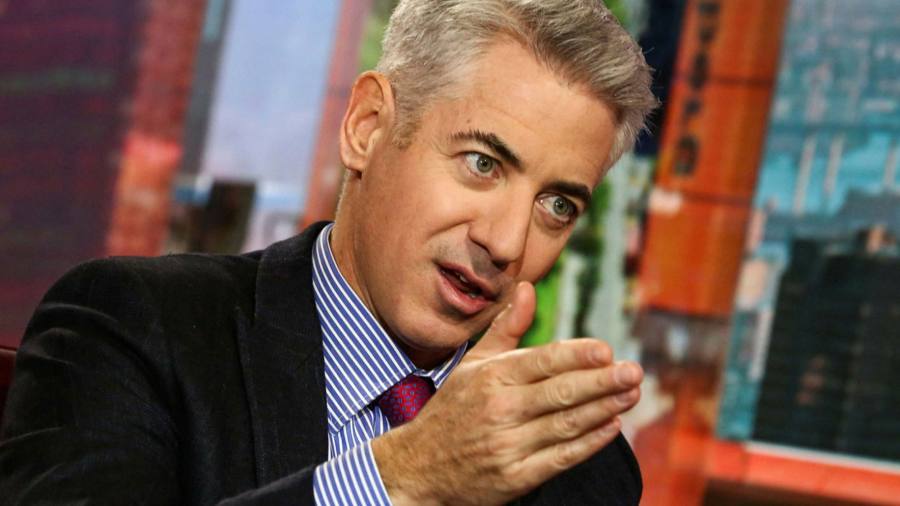 Bill Ackman’s hedge fund Pershing Square is planning to raise more than $1bn from the stock market for a buyout vehicle, making him the latest high-profile investor to seize on the “blank cheque” boom.

The New York-based manager has filed confidentially for an initial public offering with US regulators, according to sources briefed on the matter. If successful, the so-called special purpose acquisition vehicle, or spac, could be one of the largest raised this year.

Spacs have become increasingly popular on Wall Street as a way for private companies to go public through what is often referred to as a ‘backdoor listing’. Spac investors have not decided on the target company in advance; they are effectively making a bet on the ability of top executives to identify and execute deals.

Mr Ackman, whose Pershing Square runs $10bn in assets, joins a growing cohort of investors who have raised funds on public markets amid growing demand for IPOs.

Chamath Palihapitiya, the former Facebook executive who brought Richard Branson’s Virgin Galactic to the public markets last year through a blank cheque company, has raised $1bn for his second act.

Spacs were popular in the years before the 2008 financial crisis, peaking at $9.2bn in 2007, according to data from Dealogic. Shell companies lost their lustre in the immediate aftermath of the financial crisis but have since made a roaring comeback with a record $13.4bn raised in the US last year, according to Dealogic.

Investors often see spacs as a low-risk proposition because the shell company is forced to return committed capital if it cannot execute a deal within a two-year period. However, mergers and acquisitions agreed before the coronavirus crisis have recently come under pressure from the impact of the pandemic on markets and global travel.

Mr Ackman’s decision to raise money for a blank cheque company comes at an opportune time for the billionaire investor. He has been on a winning streak this year: his hedge fund is up 33 per cent year-to-date after a well-timed bet against corporate bond markets.

Pershing Square declined to comment on the move, which was first reported by Reuters.