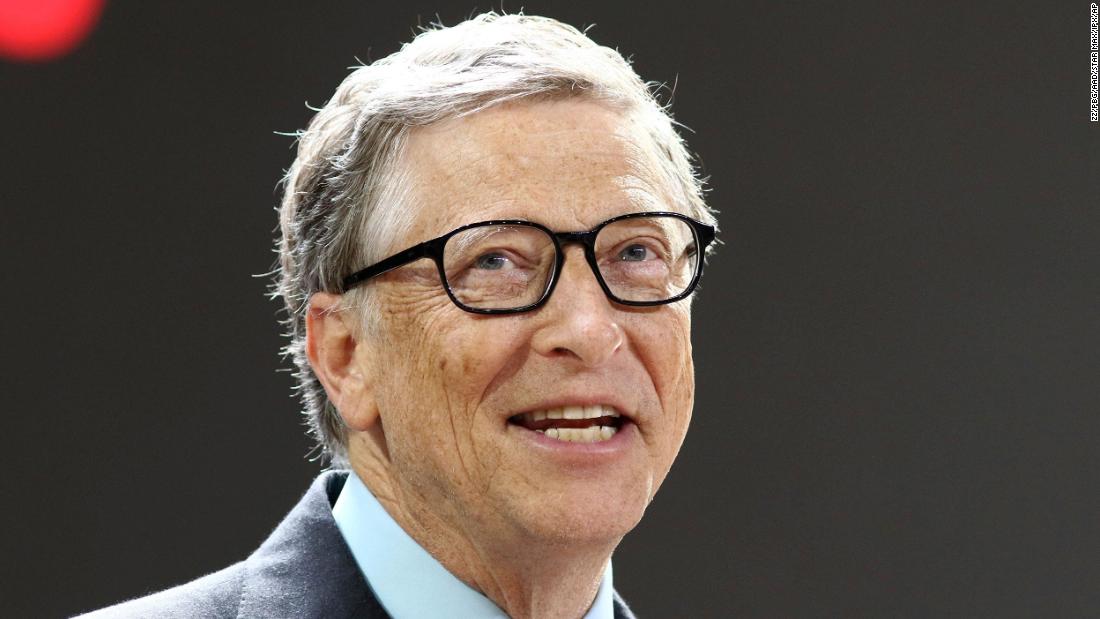 His comments come as several US states prepare to ease social distancing and stay-at-home restrictions this week, despite warnings from health researchers that no state should reopen before May 1. Meanwhile, the total number of reported coronavirus cases in the United States is nearing 1 million, and more than 54,000 Americans have died.
Gates, the Microsoft (MSFT) founder whose foundation has studied pandemics for years and is now involved in fighting coronavirus, warned that just because some areas looking to reopen have experienced relatively small outbreaks doesn’t mean they’re not at risk.
Many are concerned that reopening too soon could prompt a second wave of infections in the United States as deadly as the first. States must weigh that risk against trying to recover from the economic crisis that’s been caused by coronavirus-related shut downs.

“If they open up, they can go back into exponential (coronavirus infection) growth and compete with New York on that basis,” Gates said, adding that areas that reopen and allow people to move around could also seed infections in other parts of the country, further slowing the recovery from the pandemic.

Successful reopenings will happen in stages, Gates said, guidance that’s in line with recommendations from many health experts and economists, including the World Health Organization. And will require thinking critically about which elements of society are most essential to get back to work, implementing safety measures as they are reopened and ensuring diagnostic testing and contact tracing are in place to understand the effects that easing restrictions has on the spread of the virus.

“What we don’t know is, (if) we go slightly back to normal, which activities create the risk of a rebound?” Gates said. “We need to put in place a very dense testing regime so you would detect that rebound going back into exponential growth very quickly and not wait for the ICUs to fill up and there to be a lot of deaths. If you see the hot spot, you kind of understand the activities causing that.”

In two suggested plans for reopening the US economy, public health experts and economists said that the country would have to perform millions of diagnostic tests each week before restrictions could be safely lifted.

Gates said Sunday that new testing machines and methods should soon be able to get the United States up to between 400,000 and 500,000 tests per day, though that’s “just barely enough for really doing the tracking.”

Dr. Anthony Fauci, a member of the White House coronavirus task force, estimated on Saturday that the country is conducting approximately 1.5 million to 2 million Covid-19 tests per week and said it is likely the testing capacity could be doubled within the next several weeks. So far, the United States has only performed about 4 million coronavirus tests.
Gates added: “The key thing about the US, though, this focus on the number of tests understates the cacophony and mistakes we made in the testing system,” including testing shortages, inequality in who can access testing and test results taking longer than 24 hours to reach patients.

As the country ramps up testing and tracking, cities and states must have a staged reopening of various parts of the economy, Gates said, though he admitted “we’re a little naive about how to prioritize these activities.”

In Georgia on Friday, Governor Brian Kemp allowed hair salons, tattoo parlors, gyms and bowling alleys to reopen, with some caveats for social distancing and screening employees for illness, despite warnings from health researchers. Several other states, including Colorado, Oklahoma and Montana, have taken similar steps toward reopening.

Gates said that when planning for staged reopenings, states should focus on “high value” segments of the economy such as schools, manufacturing and construction, and should figure out how to operate those things with masks and social distancing. Once some schools and businesses get back to work, communities should continue to track the effects on infection rates.

But it will take time.

“The inequality has gotten greater in education, so if we can figure out how to do K through 12 in the fall, that would be good,” Gates said. “I even think if we’re creative about it and things have gone well, we’ll be able to do college.”

The case for continued prevention measures

Careful planning to manage the virus is crucial because it will likely still be one to two years before a coronavirus vaccine is developed and ready for large-scale production, Gates said. The Trump administration has estimated a vaccine is 12 to 18 months away, though some leaders in the field say that timeline could be too fast.
Although some have suggested ramping up vaccine production before a vaccine has actually been approved, Gates said the “stage 3” testing that determines whether a drug could have harmful side effects will take time.

“It’s very hard to compress these timeframes,” he said.

Gates also commented on conspiracy theories that have accused him of profiteering from the pandemic. He called the accusations ironic, after his foundation has spent decades funding and leading research into understanding and protecting against dangerous diseases, though he said he doesn’t believe a “meaningful” number of people believe them.

He did say, however, that he wishes he’d been able to get more people to understand the threat posed by coronavirus sooner.

“I always think, how could I have gotten the message out in a stronger way? Where did I fall short?” he said. “Only 5% of what should have been done was done.”