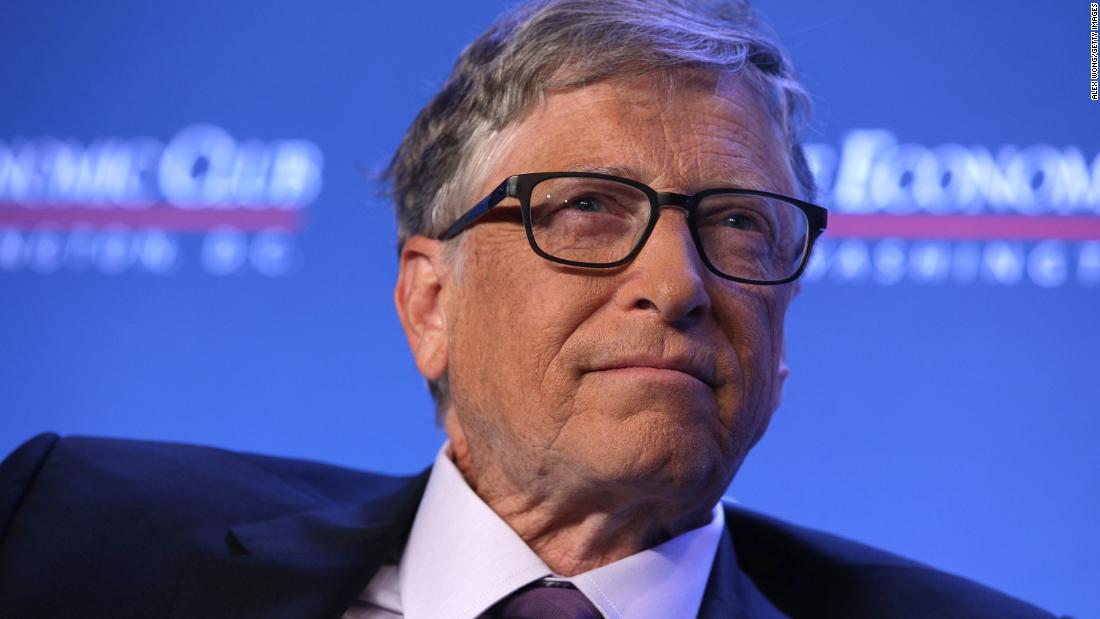 “Their work is slowing the spread of Covid-19 and if that work is stopped no other organization can replace them. The world needs @WHO now more than ever,” the Microsoft founder and philanthropist said in a tweet.

The WHO declared coronavirus a public health emergency of international concern in late January and a week later, the Bill and Melinda Gates Foundation pledged up to $100 million to help contain the outbreak.

Those funds, the foundation said, would be used to help find a vaccine for the virus, limit its spread and improve detection and treatment.

It’s not the first time the couple has directed funds toward public health causes. In 2009, they worked to combat a tuberculosis outbreak in China and a year later committed as much as $10 billion to vaccine research.

Bill Gates, who since March cautioned about the effects of delayed social distancing measures, urged the United States to implement a country-wide shutdown, saying a state-by-state strategy wouldn’t work as effectively. He predicted the number of coronavirus cases will peak in late April.

Trump’s decision to halt WHO funding

Trump said Tuesday a review of the WHO will cover its “role in severely mismanaging and covering up the spread of coronavirus,” he said.

“Had the WHO done its job to get medical experts into China to objectively assess the situation on the ground and to call out China’s lack of transparency, the outbreak could have been contained at its source with very little death,” Trump said.

In response to criticism by the president last week, the head of the WHO outlined a timeline of the organization’s actions in response to the pandemic, saying in a statement, “please don’t politicize the virus.”

“If you don’t want many more body bags, then you refrain from politicizing it. My short message is: Please quarantine politicizing Covid. The unity of your country will be very important to defeat this dangerous virus,” WHO Director-General Tedros Adhanom Ghebreyesus said.

Trump said the United States funds $400 million to $500 million to the WHO each year, adding that China contributes “roughly $40 million.”

Gates’ concerns over the president’s announcement echoed ones made by the American Medical Association on Tuesday, which also called Trump’s decision “dangerous.”

“During the worst public health crisis in a century, halting funding to the World Health Organization (WHO) is a dangerous step in the wrong direction that will not make defeating Covid-19 easier,” the association’s president, Dr. Patrice Harris, said in a statement.

Harris urged Trump to reconsider, saying AMA was “deeply concerned by this decision and its wide-ranging ramifications.”