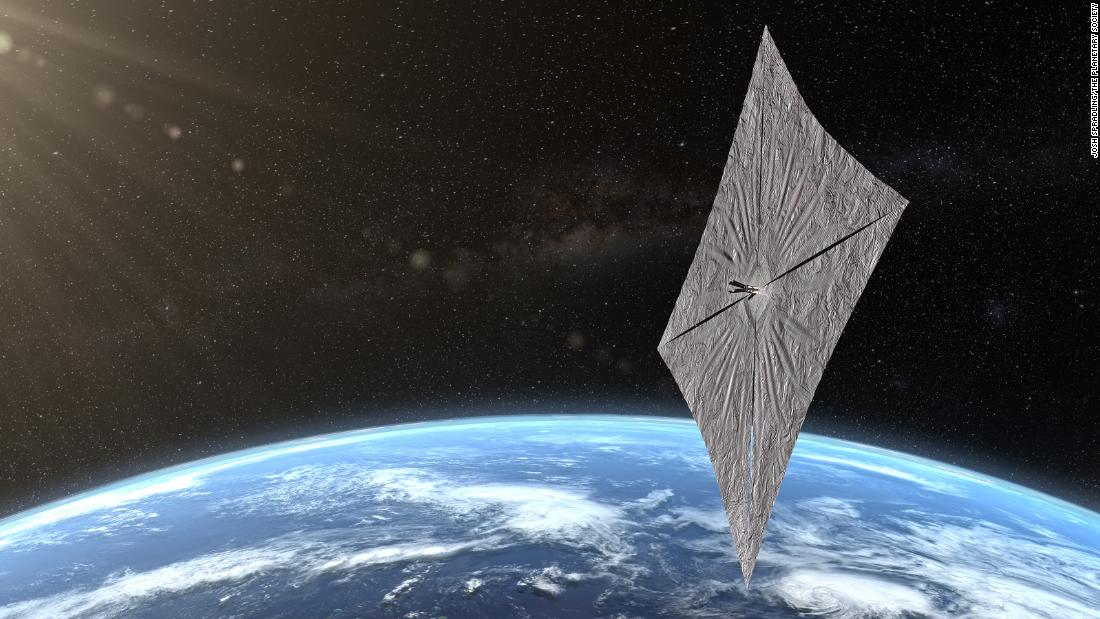 The prototype spacecraft is the work of the Planetary Society, an international nonprofit headed by famed science communicator Bill Nye. Its mission was declared a success on Wednesday, marking the culmination of a years-long effort to prove a satellite can surf through space using sunlight as an endless fuel supply.

It has nothing to do with solar panels: Plenty of satellites already use that technology to convert the sun’s energy to electricity. Solar sailing is a different, centuries-old concept. It suggests spacecraft can be propelled by a slow, constant push from photons, which are light particles that have no mass but still carry momentum.

“It’s counter-intuitive, it’s surprising, and to me it’s very romantic,” Nye told reporters during a a press call Wednesday, “to be sailing on sunbeams.”

The Planetary Society spent a decade working up to the LightSail 2 mission and scraping together the $7 million needed to get the project off the ground. All told, 50,000 supporters from 109 countries donated to the initiative, according to Planetary Society COO Jennifer Vaughn.

LightSail 2 boarded its long-awaited flight to space in June, secured alongside two dozen other payloads on a SpaceX Falcon Heavy rocket. The satellite reached its intended orbit and, on June 23, it unfurled razor-thin sheets of polyester to form a 32-square-meter sail.

After some trial and error, LightSail 2 was able to maneuver its sail to harness photons’ momentum, which offered a “tiny push no stronger than the weight of a paperclip” each time the spacecraft lapped Earth, according to the Planetary Society.

The gentle nudges added up. In just a few days, LightSail 2’s distance from Earth grew by about 1.7 km, or about one mile, said project manager David Spencer.

The future of solar sail

The first solar sail prototype, a product of Japan’s space agency, flew to space in 2010. Planetary Society had hoped to reach that milestone years earlier, but its first solar sail was destroyed during a rocket explosion in 2005.

LightSail 2 was built to be the best-performing solar sail yet. After its successful flight, Nye said, Planetary Society was now ready to pass the baton off to other organizations.

“We have no plans to do a third light sail right now,” he said. Though he listed a few types of exploration missions he hoped to see powered by solar sails — including long-distance trips to rendezvous with threatening asteroids, or missions to monitor the sun’s weather and provide warning for potentially catastrophic solar flareups.

LightSail 2 does not, however, have any obvious business applications. But the 50,000 backers who put money into the project aren’t expecting to get a dime back, Vaughn said.

“The type of return on investment these people get is just knowledge,” Vaughn said Wednesday. “It’s capability. That’s the kind of returns these people are looking for.”