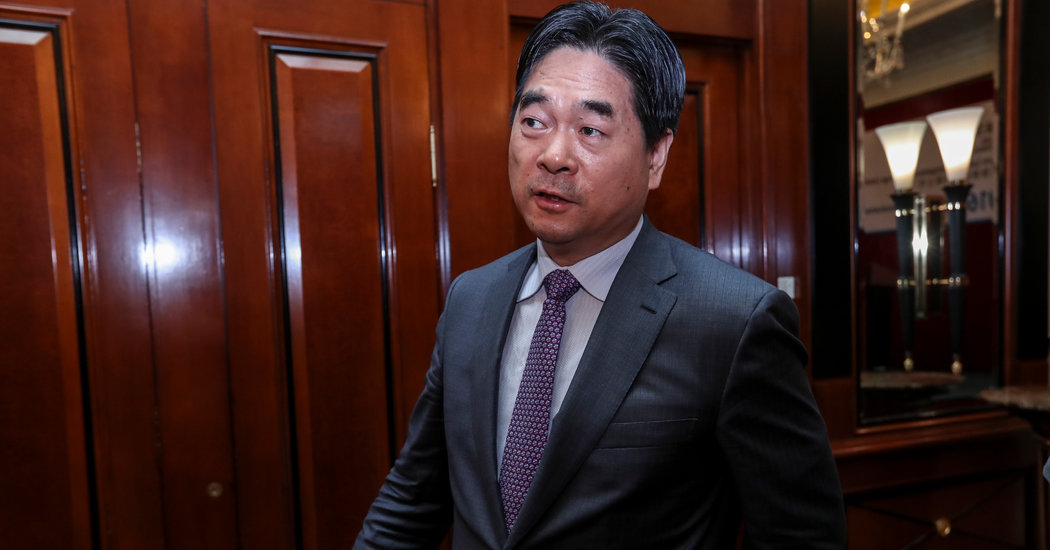 A Shanghai court on Wednesday sentenced a billionaire real-estate developer and philanthropist to five years in prison for child molestation, ending a high-profile case that spurred soul searching about how China handles child abuse and protects its wealthiest and best connected.

The developer, Wang Zhenhua, was detained last summer after news outlets reported that he had assaulted a 9-year-old girl. After censors sought to delete reports about the case, a flurry of online rage culminated in state-media criticism of Mr. Wang, whose Chinese Communist Party membership was revoked.

The five-year sentence, typical for child molestation, though other charges can increase the time of imprisonment, raised further ire on social media, where news about the case was trending Wednesday evening. Two local news polls on the microblogging site Weibo found respondents overwhelmingly believed the punishment to be too lenient. In one poll, carried out by Phoenix News, 15,000 of 17,000 respondents said Mr. Wang had gotten off too easily.

In recent years in China, dozens of women have come forward to report abuse by powerful men. While some have won justice, others have had their efforts blocked by censors, lawsuits, and the authorities’ reluctance to intervene in cases of sexual abuse.

The court also said on Wednesday that it had sentenced a person named Zhou Yanfen to four years’ imprisonment in connection with Mr. Wang’s case. Local news outlets reported last year that a woman identified only as “Ms. Zhou” had taken two girls to meet Mr. Wang, who is 58, at a hotel after telling their parents she was taking them to Shanghai Disneyland. The police later arrested Ms. Zhou along with Mr. Wang.

The hearings were closed, and details of the accusations made in court have not been made public. But local news media said that Mr. Wang committed a crime against one of the children in a hotel room.

The trial, which the court said lasted 16 hours over two days, concludes a case that resulted in a rare instance of public fury overturning Beijing’s harsh information controls. It has also prompted dialogue about child abuse in China.

Numbers on the problem are scarce, and Chinese researchers and child-welfare groups say that the data that does exist is likely to vastly undercount abuse. Chinese courts handled 11,519 cases involving child molestation from 2015 to November 2018, according to Xinhua, the official state news agency.

In 2013, Chinese law-enforcement agencies and courts changed their procedures to make it easier to prosecute the sexual abuse of children younger than 12 and ordered severe punishments when there was evidence of an organized effort to procure children for abuse. China’s top prosecutors recommended a further crackdown in 2018.

In one of the most up-voted comments on social media responding to the news of Mr. Wang’s sentence, one user wrote, “In five years he will be out of jail and continue, while the child will live in this shadow for her whole life.” Others confessed a lack of familiarity with the law, but also shock that such a crime could carry only a five-year sentence.

Some raised the case of Bao Yuming, a lawyer and former board member for the telecommunications company ZTE, who was accused earlier this year of abusing a girl he informally adopted when she was 14. Mr. Bao was ousted from his job, but he has not been charged with a crime. He has denied wrongdoing.

The 58-year old Mr. Wang made much of his riches via his development company, Seazen Holdings, which built out real estate in Shanghai and nearby cities as housing prices boomed over the past two decades. Last year, Seazen’s board replaced Mr. Wang with his son Wang Xiaosong.

When Mr. Wang was accused last year, the Communist Party’s powerful Central Committee for Political and Legal Affairs, which oversees China’s law enforcement and courts, issued a sharp commentary, writing “sexual assault on children will surely be dealt with by the sword of the law, no exception!”