Bleak signal for Japan as Nikkei stretches away from the Topix 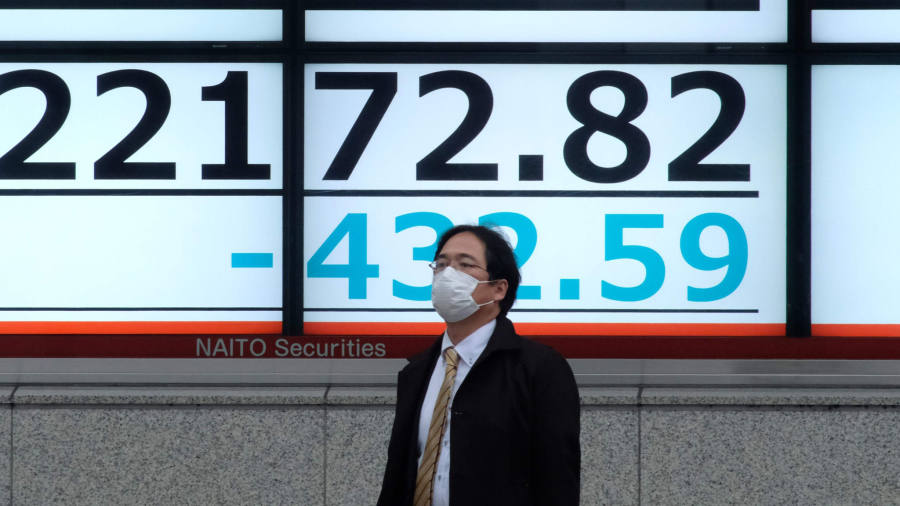 One measure of the relationship between Japan’s best-known stock gauges has hit a 39-year high, revealing how the effects of a souring domestic economy and, more recently, the coronavirus outbreak are hammering investor sentiment.

The Nikkei/Topix ratio (NTR) is produced by dividing the level of the Nikkei 225 average, a group that favours Japan’s biggest and most globalised companies, by that of the 1,669-member Topix index, whose constituents cover every part of the domestic economy and include dozens of regional banks.

The ratio has risen steadily since the global financial crisis but most sharply in the past two years, climbing to its highest level since 1981 last week. The rise in the NTR indicates that investors are betting that the Topix could remain depressed even once the Nikkei bounces back from some recent weakness.

Domestic companies have suffered from Japan’s ageing demographics, regional decline, the aftermath of the 2011 quake, successive increases in consumption tax and the failure to fully shake deflation. Japan’s three megabanks have a much larger weighting in this index than in the Nikkei, which suggests that their discomfort from the Bank of Japan’s negative interest rate policy — which squeezes their margins — is visible in the NTR.

Nikkei stocks, meanwhile, are more leveraged to a strong global economy and weaker yen. The price-weighted group is dominated by companies that, by Japanese standards, are run in a shareholder-friendly way, such as Fast Retailing, SoftBank Group and Tokyo Electron. In addition, notes Mizuho strategist Masatoshi Kikuchi, the Nikkei 225 regularly reshuffles its components to “bring in good-quality names, while the [Topix]’s relaxed standards . . . have left it with numerous listings that serve no obvious purpose”.

The NTR’s new high comes despite the BoJ’s ¥6tn-a-year exchange traded fund buying programme, which is tilted towards Topix-tracking ETFs. The programme may, perhaps, be offering some psychological support to the whole market but for all its heft, is not impeding the rise of the NTR.