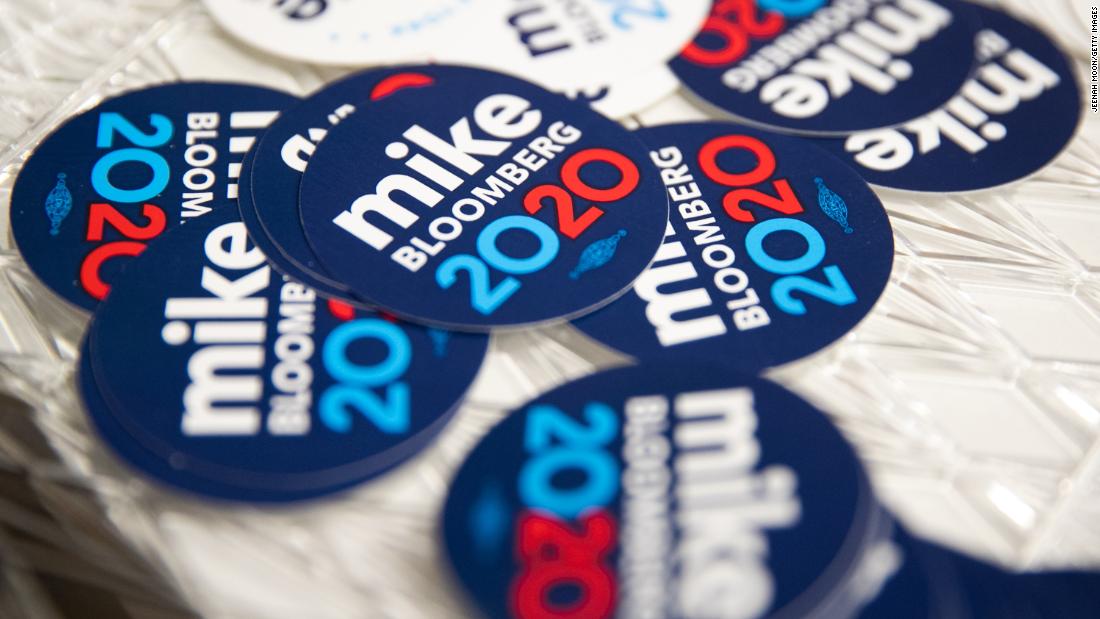 A straightforward question, but it was awkward because of where it was asked: On the television network belonging to Michael Bloomberg.

Bloomberg Washington bureau chief Craig Gordon let out an “uhhh” and didn’t hold back: “I would have to say that Michael Bloomberg probably had the worst night.”

The end of Bloomberg’s campaign also puts an end to a tricky stretch of time for the Bloomberg News division of his financial media company. But his endorsement of Joe Biden, and the spending he’s expected to do for the rest of the campaign, could bring new complications for the newsroom.

Bloomberg journalists were tasked with covering a presidential bid by their boss — something that hasn’t happened in the US since the days of William Randolph Hearst.

The unusual dynamic created tensions inside Bloomberg News, which were only amplified in recent weeks when Bloomberg the candidate gained in the polls. Bloomberg the newsroom started to discuss what it would be like to cover Bloomberg as president.

“We really do have a firewall with the campaign,” said one journalist at Bloomberg News, who spoke about the boss on condition of anonymity.

But the campaign created headaches because management imposed rules against investigating Michael Bloomberg and his Democratic rivals — and those rules were widely criticized by outside journalists and President Trump.

But relief wasn’t the only emotion at Bloomberg LP headquarters. The company employs thousands of people, and most have no connection to politics coverage. There are plenty of Bloomberg fans who wanted to see him do well, even if that meant a sale of the company. “People are disappointed for him,” a veteran employee said.

A management committee has been running the company in his absence. Now, with his race over, he is expected to return to work, the same way he did after serving as New York City mayor.

Peter Grauer, the chairman of Bloomberg LP, said in an email to staffers on Wednesday, “We look forward to seeing him back at the company soon.”

But Bloomberg’s vow to spend some of his $52 billion fortune to ensure Trump’s defeat means that he still be a big factor in the 2020 election cycle. And that means he will still be a newsworthy subject for Bloomberg’s political journalists.

Bloomberg News editor-in-chief John Micklethwait said in a memo to staff on Wednesday that the newsroom will return to election business as usual.

“Now that Mike has said he is leaving the race for President, we will return to our normal coverage of the election; we will follow exactly the same coverage rules for the Democratic presidential candidates and President Donald Trump,” he said. “We will disclose Mike’s financial support for other Democrats — just as we have always done where his financial support for political causes is relevant to our reporting.”

On Wednesday Bloomberg News colleagues praised Mark Niquette, the main reporter assigned to cover the owner’s campaign for the newswire.

Columnist Brian Chappatta tweeted that Niquette “has been a complete and total pro.”

Niquette’s stories on the web and the newsroom’s coverage on TV and radio have all contained disclosures about Bloomberg’s ownership, just in case anyone didn’t already know.

Bloomberg TV’s Super Tuesday coverage didn’t puff up Bloomberg — if anything, it downplayed his candidacy altogether. Anchor David Westin concentrated on Biden’s standout performance and the election’s implications for businesses, which is the network’s chief focus. While other networks talked about electability, Bloomberg TV talked about tax policy.

As the evening wore on, Bloomberg TV passed along other outlets’ news reports that Bloomberg the man would be reassessing his campaign on Wednesday. Anchors also noted that he would be under pressure to drop out of the race.

So when Axios broke the news on Wednesday morning that Bloomberg was out, Cirilli came on from Washington with analysis.

The top editors of Bloomberg Opinion, including David Shipley and Tim O’Brien, moved from the company to the campaign last fall. Bloomberg the company had no immediate comment on whether they will return now.