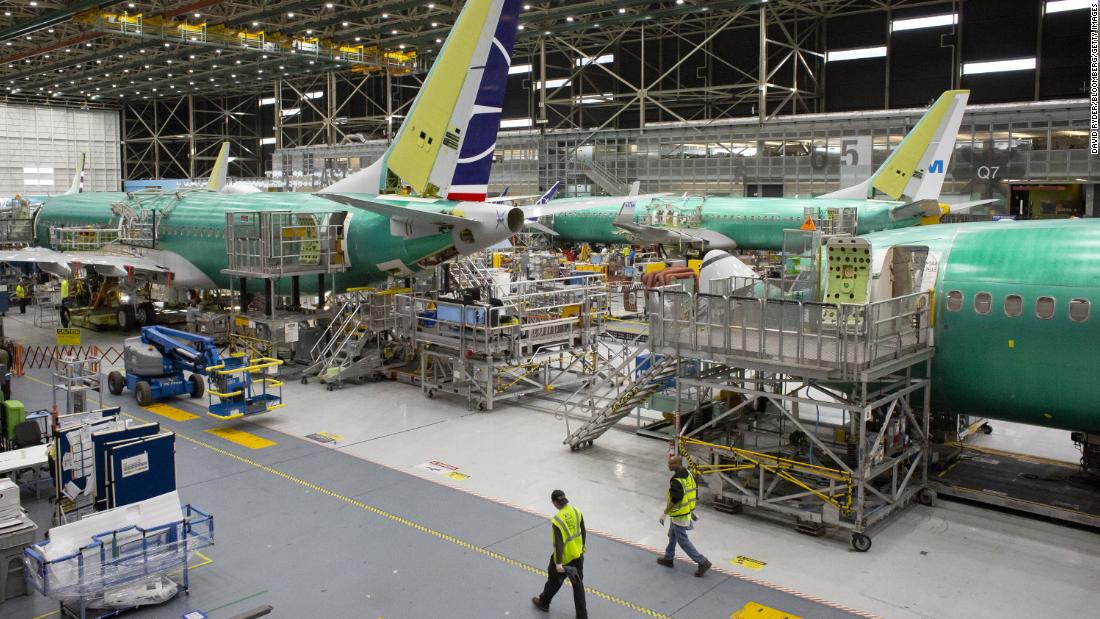 Boeing insists it is on course to get approval for the plane to fly passengers by the middle of this year. The estimated cost of the crisis, which Boeing (BA) spelled out for investors in January, includes $8.3 billion in compensation to the company’s airline customers, and $6.3 billion in increased costs to build the jet.

Boeing reduced its production rate when the Federal Aviation Administration grounded the planes a year ago, after the second of two fatal crashes. It halted of construction altogether in January.

The company said it expects to spend about $4 billion more than previously budgeted to build the planes once it receives permission to do so. And it has set up a $100 million compensation fund to the families of crash victims, although it will face litigation costs that could go far higher.

And that’s a best case scenario for Boeing. Numerous factors could drive up the company’s costs even further.

Foremost is whether the company can secure FAA approval for the 737 Max jets to fly again by the middle of the year. That is now in question given new questions about debris found in the fuel tanks of some 737 Max jets, and whether the FAA will require changes in the jets’ wiring.

The FAA as said only that it will approve the plane when it is certain it is safe.

“Our estimate is that it will be about $23 billion all in, excluding liability about loss of life,” said Ronald Epstein, analyst with Bank of America Merrill Lynch. “And if it extends longer, that number is going to go up.”

The longer the crisis drags on, it becomes more likely that airlines will cancel or delay delivery of planes that they ordered, especially now that the coronavirus has decimated airline bookings and fares.

The recent plunge in oil prices, particularly in prices for jet fuel, reduces the incentive for airlines to buy the more fuel efficient 737 Max. And once Boeing misses its delivery dates by a year, the airlines can cancel or delay a purchase without paying penalties.

“It becomes a very easy way to renegotiate [and] puts financial pressure on Boeing,” said Richard Aboulafia, aerospace analyst with the Teal Group.

And the crisis may have cost Boeing sales for a new plane it is planning to build, one which could travel further and hold more passengers than the 737 Max but fewer than a widebody jet. Boeing rival Airbus has been locking up orders for its new plane in that segment of the market, the A321neo XLR.

Boeing was scheduled to debut that plane last year and continued to work on the new plane during the Max crisis, but said it was more focused on getting the Max airborne again.

“What else could they have been doing if not for [the] Max crisis? What would that have meant in their competition with Airbus?” said Epstein. “The A321neo XLR has done very well. Boeing hasn’t been able to do anything.”

Boeing’s balance sheet remains strong, partly because it has been able to borrow money from capital markets. Its debt has basically doubled since the end of March 2019, rising to $25.3 billion at the end of 2019 from $12.6 billion. In February, it disclosed it had signed a deal with the nation’s leading banks to borrow up to $13 billion on a new credit line. While the deal has a good rate, Boeing will have increased interest expenses from its borrowing.

The estimates on the cost of the crisis does not include the increase interest expense that Boeing will have to pay for the years it will take to recover from the crisis.

Nor do the estimates include the cost of litigation, not just the suits filed by the families of the crash victims, but from shareholders and even some airline employee groups, such as one filed by Southwest Airlines pilots to compensate them for lost pay.