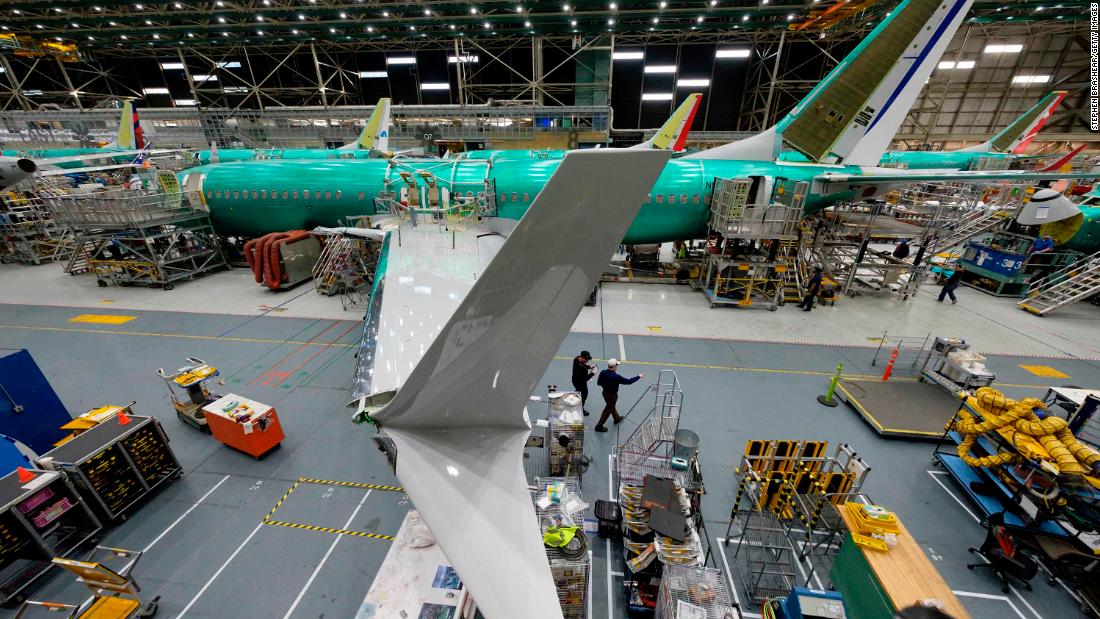 The announcement came on the same day that Boeing notified 6,770 workers they were losing their jobs. Another 5,520 workers have taken voluntary buyout offers.
Boeing had continued to build the Max, its best selling jet, even after it was grounded in March 2019 following two fatal crashes that killed 346 people. It produced more than 400 of the jets that it was unable to deliver before halting production in January in the face of continued delays in getting approval for it to fly again.
The company temporarily stopped building the plane in January, before the Covid-19 pandemic hit most of the world’s airlines. It couldn’t afford to keep building the Max without being able to deliver the planes and complete the sales. But if it kept the line shut it risked the loss of suppliers who might go out of business without being able to sell their parts to Boeing.

“Without the supply chain there will be nothing for us to assemble so it’s as simple at that,” said Boeing CEO Dave Calhoun at the annual meeting in April when discussing the need to support the company’s suppliers.

Since the start of the Covid-19 pandemic that caused air travel to plummet, airlines and aircraft leasing companies have canceled orders for 299 of the 737 Max. Another 240 of the jets have have had their order status changed and Boeing no longer counts them as firm orders.

“We’re still wanting to get the Max back into service,” Southwest CEO Gary Kelly told shareholders at the company’s annual meeting earlier this month. “The Max airplane is superior to the [older versions of the] 737 that we’re currently operating. It burns less fuel. It’s an excellent airplane. And certainly in this environment, we would love to retire some of our older aircraft, avoid some expensive maintenance and a substitute with the newer airplanes.”

Southwest owns 34 of the grounded jets, more than any other airline, and Boeing has built an additional 25 it is waiting to deliver. Even so, Southwest (LUV) reached an agreement with Boeing to reduce the number of Max jets that it will add to its fleet through the end of 2021.

Southwest originally planned to take delivery of 107 737 Boeing Max jets between 2019 through 2021, and another 19 from aircraft leasing companies. But it so far has received only three of those planes due to the grounding. Under an agreement with Boeing, it will now take delivery of no more than 48 of those jets through the end of 2021, and defer orders for at least 59 others.

“We don’t need the Max right now. We don’t need all the airplanes that we have,” Kelly told investors in April when reporting the airline’s first quarterly operating loss in 11 years.
The airline said last month it doesn’t expect to use those grounded planes until November at the earliest, and it could push the use of the planes back further.