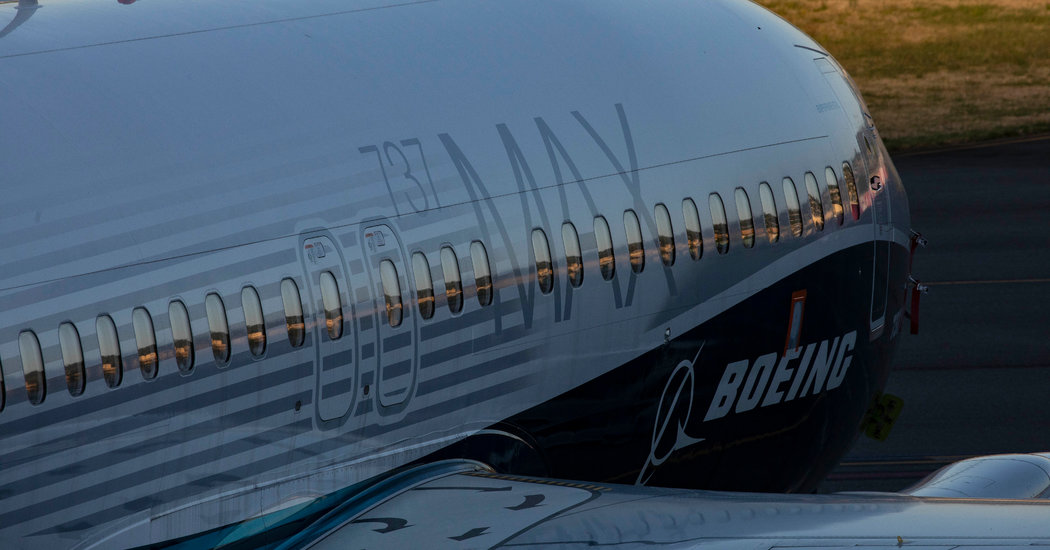 Before the scheduled return of the 737 Max this summer, the aircraft manufacturer plans to separate wire bundles in the jet to assure regulators about the plane’s safety, according to a source familiar with the company’s plans who was not authorized to speak publicly about them.

The wire bundles have raised concerns because they could, in rare circumstances, cause a short circuit and possibly lead to a catastrophic failure. Boeing has argued privately to regulators that the likelihood of such a failure is remote.

Boeing had hoped to avoid having to uncover and separate the wiring, but concluded that global regulators’ insistence on it might further delay the Max’s return, the source said. Boeing could officially notify the Federal Aviation Administration of its plans as soon as this week.

The Max was grounded a year ago after it was involved in two crashes that killed a total of 346 people. The wire bundles were not implicated in those accidents, which have been linked to problems with a software system known as MCAS.

About 800 of the jets have been produced; half of them are in Boeing’s possession, and its customers, primarily airlines, have the rest. Some of those customers could separate the bundles on their own, in consultation with the plane maker, the source said.

Boeing believes the separation will take about a week per plane and expects that it could be done alongside other tasks like checking fuel tanks and fluid levels, updating software and cleaning the planes in preparation for commercial service.

Before news of Boeing’s plans was reported by Reuters on Wednesday afternoon, the company’s share price fell 18 percent, more than any of the 29 other stocks in the Dow Jones industrial average.

In a letter to employees on Wednesday that was viewed by The New York Times, Dave Calhoun, Boeing’s chief executive, and Greg Smith, its chief financial officer, told employees that the company was “now facing a global economic disruption” caused by the coronavirus outbreak.

As a result, they said, the company is freezing hiring and limiting travel and discretionary spending, restricting overtime to those working on the Max and other important projects. A person with knowledge of the matter said the carrier also planned to draw down a $13.8 billion credit line to shore up its cash position.

The plane maker also announced separately that it received 18 new orders for the Max last month and more than twice as many cancellations, some of which were converted into orders for other jets.