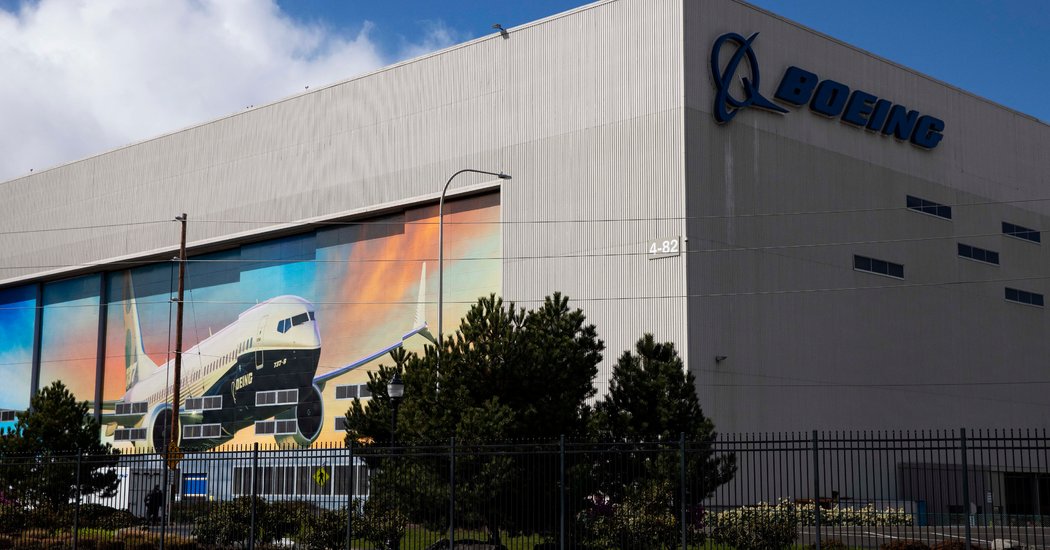 Boeing, which is contending with the economic fallout from the pandemic and the grounding of its 737 Max jets, said Saturday that it had terminated an agreement to buy 80 percent of Embraer’s commercial jet business for $4.2 billion.

Walking away from the deal will help Boeing conserve cash at a time when it is facing a litany of problems. The spread of the coronavirus forced the aerospace giant to temporarily close factories, although it has reopened some of them. And a steep drop in travel has prompted airlines around the world to cancel orders.

But the aviation business, along with Boeing’s own prospects, have sharply deteriorated since then. After two fatal crashes of the 737 Max, regulators around the world grounded the jet last year. And the coronavirus pandemic has ended most air travel globally, upending the finances of airlines and prompting them to cancel or defer airplane orders.

Embraer’s own finances have also weakened. Although the agreement did not allow Boeing to terminate it for financial reasons, the company said other terms of the master transaction agreement had not been met.

“We have reached a point where continued negotiation within the framework of the M.T.A. is not going to resolve the outstanding issues,” Marc Allen, the Boeing executive in charge of the Embraer partnership, said in a statement.

Embraer had sought more time to reach a final agreement. The Brazilian company said in a statement that Boeing had “manufactured false claims as a pretext to seek to avoid its commitments to close the transaction.”

“We believe Boeing has engaged in a systematic pattern of delay and repeated violations of the M.T.A. because of its unwillingness to complete the transaction in light of its own financial condition and 737 MAX and other business and reputational problems,” Embraer said.

Other corporate mergers and acquisitions are also collapsing as the coronavirus outbreak has crippled the economy. On Wednesday, a private equity firm, Sycamore Partners, that had agreed in February to buy a majority of Victoria’s Secret said it wanted to terminate the deal because of the clothing retailer’s response to the crisis.

Embraer said it would provide more information in a call with investors on Monday, the same day Boeing is scheduled to hold its annual shareholder meeting. Boeing will announce its first-quarter financial results and outlook on Wednesday.