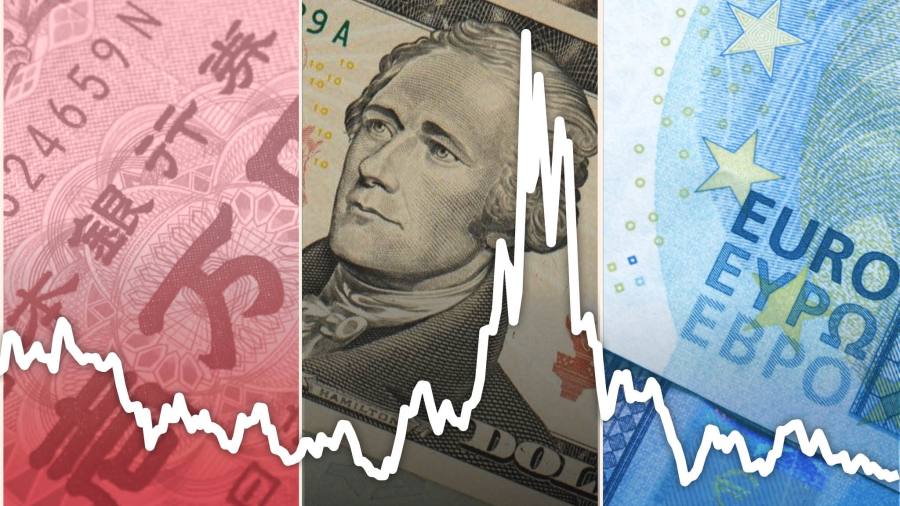 Government bond traders and investors are reeling from a hectic start to 2020. Now they face an equally daunting prospect: a dead calm that wipes out trading opportunities for months to come.

Sovereign bond prices rushed higher when coronavirus struck markets in March, providing some much-needed balance against collapsing stocks. But then they also succumbed to the sell-off, prompting central banks in the US, UK and eurozone to push back with vast bond-buying programmes.

Now, prices remain close to record highs, but traders are betting that they will remain stuck in those grooves — similar to the Japanese government bond market that has barely budged for years. A Bank of America index that tracks expected volatility in the US Treasury market has sunk close to a record low, after rising to its highest level in more than a decade four months ago.

In this kind of environment, it is tough for investors to find an edge.

“There’s definitely a longer term risk that everywhere does become like Japan,” said Mike Riddell, a portfolio manager at Allianz Global Investors. “As an active fund manager, if there’s no volatility and liquidity starts to drop off, it becomes increasingly hard to make money.”

Wall Street traders are also bracing themselves for a second-half slowdown, after a bumper second quarter for trading in all kinds of assets. Jamie Dimon, chief executive of JPMorgan Chase, said on Tuesday he expected trading revenues to drop by half in the coming months.

Massive central bank intervention in bond markets is nothing new. In the decade since the last financial crisis, bond purchase programmes have aimed to pull down longer-term yields, often with the purpose of displacing investors into riskier assets. But the response to coronavirus has broken new ground, both in the scale and purpose of buying.

The US Federal Reserve has pledged to buy Treasuries in unlimited quantities. The Bank of England has announced £300bn of purchases, while the European Central Bank plans to buy €1.35tn under its pandemic emergency purchase programme alone.

As a result of this activity, key government bond yields have become less responsive to prospects for economic growth and inflation, or to the typically damaging rush of new bonds hitting the market as governments fund crisis-fighting policies.

Investors say such interventions move these central banks a step closer to another policy used by the Bank of Japan: yield curve control. Rather than announce a specific amount of purchases, the BoJ has an open-ended promise to buy as much as it takes to hold 10-year yields close to zero.

So far, only Australia’s central bank has followed suit, but the Fed has discussed adopting the policy for the first time since the 1940s. Even where central bankers have shied away from such measures, investors say the aim of asset purchases — to cap borrowing costs while governments load up on debt — increasingly resembles Japanese policy.

“I think it is yield curve control in all but name,” said Russell Silberston, investment strategist at asset manager Ninety One. “Their justification is to maintain the smooth functioning of markets, but that’s just a euphemism for ‘yields can’t go up’.”

In the past month, the 10-year Treasury yield has stayed between 0.60 per cent and 0.78 per cent, according to Tradeweb data. “It’s hard to envision US Treasuries becoming a backwater quite like the [Japanese government bond] market, but if you look at the narrow range for the 10-year yield over the past few weeks things are certainly moving in that direction,” Mr Silberston said.

Even in the eurozone, where the situation is complicated by the presence of 19 members each with its own government yield curve, some investors argue the central bank is implicitly putting a floor under bond prices.

David Lloyd, head of institutional portfolio management at M&G Investments in London, said markets remain sensitive to traditional drivers such as prospects for growth and inflation. “But then there’s this almighty trump card which renders everything else of secondary importance.”

Mr Lloyd said bond investors are left to decide whether to settle for lower returns, or take on greater risks in their portfolios by taking big directional bets. But he cautioned that such strategies may not work: wagers on lower yields may not have much further to run, while those hoping for higher yields should beware the example of the Japanese market, where betting against JGBs has lost investors so much money over the years it has been nicknamed the “widow maker” trade.

“In the early part of my career I learnt some very hard lessons in the JGB market,” Mr Lloyd said. “In the government bond markets right now you are unlikely to get instant gratification with a short position.”