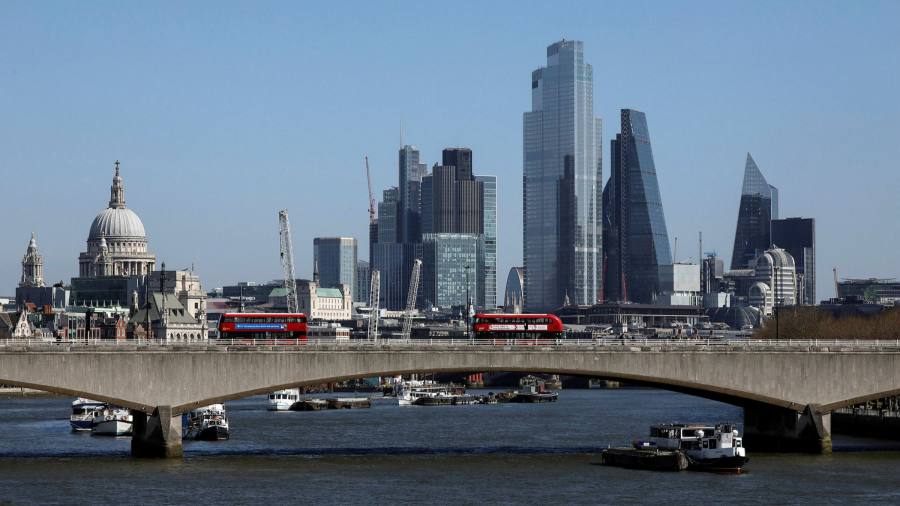 Investors expect UK government bonds to shrug off the downgrade of the country’s credit rating by Fitch, arguing that markets are already anticipating a series of cuts to sovereign ratings as states ramp up spending to tackle the coronavirus crisis.

Fitch lowered the UK’s rating to AA- from AA late on Friday, citing the impact of the pandemic on government finances and economic activity. That puts the world’s sixth-largest economy on a par with Estonia, Qatar and Taiwan, according to the New York-based rating agency.

But bond investors said sovereign ratings were rarely a driver for government bond markets unless a country was in danger of losing its investment grade status, which could force some investors to sell if their mandates prohibit them from holding “junk”-rated debt.

“Markets won’t care about the UK sovereign being downgraded, just as they didn’t care when many developed economies lost their top credit ratings a few years ago,” said Mike Riddell, a portfolio manager at Allianz Global Investors. “Markets are obviously already fully aware that credit ratings everywhere are on a downward trajectory. In terms of downgrades, it’s only really the junking that matters.”

UK government borrowing costs are close to record lows, despite expectations of a huge expansion in bond issuance. Chancellor Rishi Sunak has lined up £60bn in new spending to cushion the economic blow of coronavirus.

Fitch, which said it was already concerned about the UK’s “fiscal loosening stance” before the crisis, now expects the government’s budget deficit to rise to 9 per cent of gross domestic product this year, compared with 2.1 per cent last year.

The 10-year gilt yield closed at 0.36 per cent on Friday, and investors said they were not expecting any significant rise, particularly with other nations’ ratings set to come under pressure as they unveil their own spending pledges.

“This matters little in light of potential or imminent downgrades of many European sovereign credit ratings,” said Dickie Hodges, a London-based bond fund manager at Nomura Asset Management. Mr Hodges said the big increases in borrowing in the UK and elsewhere should be more than offset by huge asset purchases by central banks.

The Bank of England announced a £200bn bond-buying programme earlier this month and has indicated it is prepared to do more to backstop the government bond market.

Luca Paolini, chief strategist at Pictet Asset Management, said the downgrade could counter-intuitively be seen as a recognition of the UK government’s swift response to the crisis. “Maybe better to be downgraded for doing too much than too little from a fiscal perspective right now,” he said. “Countries that don’t ease enough will face a sharper downturn.”

Peter Chatwell, head of multi-asset strategy at Mizuho, said that although gilts should weather the downgrade from Fitch, the action could add to pressure on sterling. The pound touched a record low last week against the currencies of the UK’s main trading partners, before mounting a tentative recovery.

“[The level of sterling] reflects a very large UK risk premium since the EU referendum in June 2016,” Mr Chatwell said. “If the risk of a series of downgrades were to grow, then I would expect to see the pound falling further.”

S&P Global and Moody’s, which complete the trio of big credit rating agencies, have the UK at AA and Aa2, respectively.