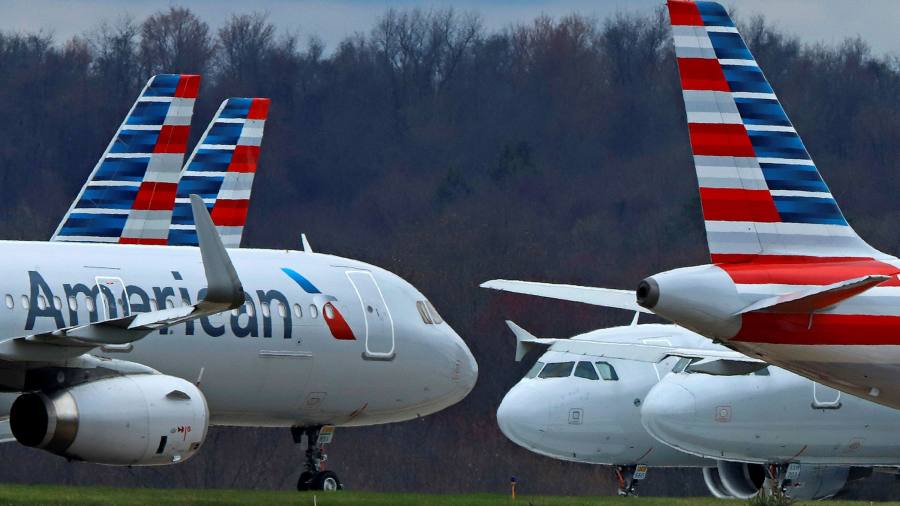 Western Asset, one of the biggest bond managers in the US, is trying to avoid a fire sale of assets from a corporate bond portfolio after several companies hit hard by the coronavirus outbreak had their credit ratings cut to junk.

The $460bn investment manager this week requested a waiver from a Fresno County, California public pension fund seeking extra time to get its institutional investment grade credit portfolio in order after the downgrades of Occidental Petroleum and American Airlines pushed it over its limit of junk-rated holdings.

Without the waiver, Western would be forced to quickly sell some of the downgraded companies’ debt with no guarantee it could get a good price.

“Given the extraordinary volatility, we are asking for an extension of our standard internal three-day fix policy to a 30-day fix window to allow us to remedy the outage in an efficient and prudent manner,” Western said in a letter to the pension fund.

The Fresno fund, which has about $190m invested with Western, is set to approve the waiver at its April 1 board meeting. “A forced sale may only be possible at a steep discount to a more reasonable transaction price later,” said plan administrator Donald Kendig.

While Western has only breached its 5 per cent junk bond threshold by a percentage point, its situation should provide a warning to investment grade bond managers across the market as large sums of debt have been cast into junk territory.

Credit rating agencies have moved swiftly since the economic fallout from the coronavirus outbreak has crystallised. S&P Global, the largest rating agency, has downgraded more than 200 companies because of the pandemic, with energy groups such as Occidental particularly hard hit by the drop in demand for oil alongside a dispute between big crude-producing countries.

Regulators have warned repeatedly in recent years about a build-up of debt on the lowest rungs of the investment-grade ratings ladder, which could lead to market disruptions if a wave of downgrades forces investors to unload securities that no longer fit their portfolio mandates.

Carmaker Ford, department store operator Macy’s, packaged foods maker Kraft Heinz and US airline Delta are among those to have lost their investment grade rating this year.

Their re-rating as junk has caused painful losses for some bondholders. Occidental bonds that mature in 2029 have halved in value over the past month and changed hands on Tuesday at 47 cents on the dollar. Ford debt due in 2046 has also tumbled precipitously, and was quoted at less than 60 cents on the dollar on Tuesday.