Books Are a Great Fit for Quarantine. The Book Business, Not So Much. 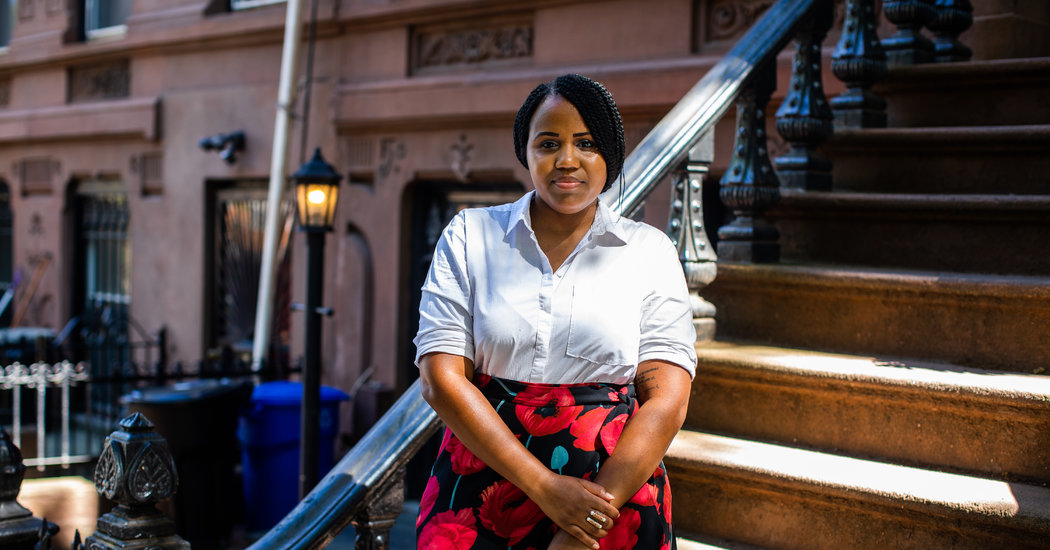 During a normal week, Jordan Pavlin, the editorial director at Knopf, seldom ate at her desk. Depending on the day, she might be meeting with literary agents over lunch, catching up with an author over an after-work drink, or having a quick bite before a cocktail party for a newly released title.

She still doesn’t eat at her desk. Since her office closed because of the coronavirus pandemic, lunch is at her kitchen table, with her three teenagers, every day. “I’m driving them crazy,” she said.

You can read alone, you can write alone, but publishing is a very social business. Heavily concentrated in New York City, a lot of the work was traditionally done face to face — before the outbreak forced most offices to close. So while books are a good match for this moment when people are spending so much time at home, book publishing, in many ways, is not.

There is a certain intimacy to the book business. For many authors, turning in a manuscript is like handing over a chunk of their soul, and delicate conversations about revisions are generally best when you can look someone in the eye. Editors and agents build relationships over the course of years, learning each other’s tastes in writers, themes and ideas. The meandering conversations that lead there just don’t work as well on Zoom.

“I don’t necessarily need to take Eric to lunch for him to think of me for his next great novel,” Ms. Pavlin said of Eric Simonoff, a literary agent she’s known for almost 30 years whose clients include Jonathan Lethem and Jhumpa Lahiri. “But for the next generation, it would be harder. To create that bond without going for drinks and spending the time and saying the indiscreet things, all the stuff you need to do early on in your career to build lasting relationships.

“Of course, these are business relationships,” she said. “But it’s a business based on the stories you love.”

Chelcee Johns, an assistant editor at 37 Ink, an imprint at Simon & Schuster, is relatively early in her career. Before everyone began working remotely, she had been making an effort to meet agents for lunch at least once a week to build her connections and get more manuscript submissions coming in. As a young editor, she said, it was also easier for her to take advantage of the expertise around the office when she could pop by senior editors’ desks and not have to compete with their child-care obligations at home. Now she’s trying to network from a distance.

“The relationships are key, and I have seen agents be open to a Zoom coffee hangout. That’s what I’ve been trying to do,” Ms. Johns said. “I think two months in, people started to realize, ‘Oh, we’re in this,’ and everything picked back up, whether it’s submissions from agents or ‘OK, let’s get these meetings back in the books.’ This is our new normal for a lot longer than we thought.”

Jacey Mitziga, an assistant at the New York literary agency DeFiore and Company, was meeting regularly with agents, editors and other publishing employees around her age, hoping that as they climbed to more senior positions, they would grow together.

“We’re the next face in publishing, and I’m thinking about who I want to know and starting to build those relationships now,” she said. “But I would say that’s been a challenge. I feel like it’s been on pause.”

Some aspects of publishing are well suited to remote work. Without her commute from Brooklyn to Midtown Manhattan, Ms. Johns said she finds more time to edit during the workweek by sitting down with manuscripts from roughly 7 a.m. to 9 a.m. Indeed, many editors already worked from home one day a week so they could focus on actual editing, a part of the job that is often subsumed by the meetings and interruptions of office life. Alvina Ling, editor in chief of Little, Brown Books for Young Readers, previously spent Mondays through Thursdays at the office, punctuated by business lunches two or three times a week at places like Morrell Wine Bar in Rockefeller Center.

“A lot of people from outside think editors read and edit all day, and that’s not the case,” she said.

On Fridays, Ms. Ling would set up at her kitchen table for marathon editing sessions. When she started working from home in mid-March, that much wasn’t new, but she did have to make some adjustments to her workstation. “I’ve switched sides of the table on videoconferencing because this one side has a little bit more of an attractive backdrop,” she said. “In the first couple of meetings people said, ‘Oh, I see your bike!’”

Like many industries, publishing is trying to figure out what from this forced experiment in remote work makes sense to keep. Can companies be more flexible about their staff working from home? Do they have to keep on renting so much office space? And did that meeting really need to be a meeting, or could it have just been an email?

“I miss seeing authors and agents,” Ms. Pavlin of Knopf said in an email, “and I still believe there are aspects of sitting together over a meal that foster intimacy and trust in ways that are genuinely essential to how we do business in this particular industry, an industry based on personal passions. But in retrospect that schedule seems unnecessarily overstuffed.”

But publishing is also about manufacturing physical objects that are beautiful, a process that relies on people working together across departments and with particular tools on hand. Production and design teams are equipped with high-end printers that are precisely calibrated to look like the finished product, for example, and light rooms with graphite gray walls that create a consistent and particular quality of light.

At home, Dave Caplan, the creative director at Little, Brown Books for Young Readers, nudges Legos out of the way and spreads illustrations under a skylight in his sons’ bedroom. It’s not quite the light rooms and fancy printers he’s used to, but it does give him both natural light and a big enough surface to see all the pages in a New York City apartment.

Like so many parents, Mr. Caplan is balancing working from home with taking care of his sons, Silas, 8, and Sebastian, 6. So he has set up an “office” in a closet in their bedroom. “It’s all of nine square feet, but it’s all mine,” he said.

But he has found some unique advantages to this arrangement: a built-in focus group.

“Every night after dinner, I’ll be working, and my son pops in and says, ‘What can I help you with today?’” Mr. Caplan said of Silas. “I show him what I’m working on, different versions of covers. Everybody’s an art director.”