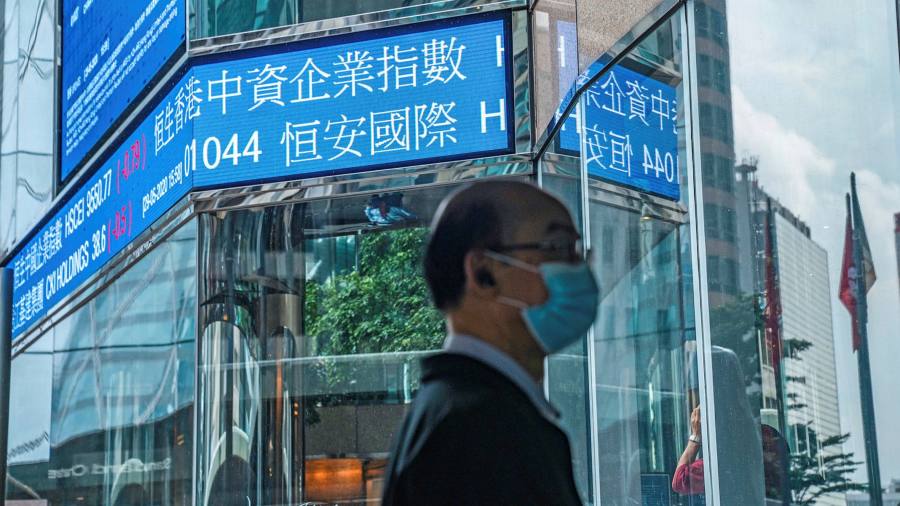 Hong Kong would benefit from a wave of stock market listings by Chinese companies due to a “less friendly” Washington, said the head of the city’s bourse, as a series of blockbuster share sales arrive against a backdrop of rising US-China tensions.

The comments by Charles Li, the outgoing chief executive of Hong Kong Exchanges and Clearing, come as the Trump administration increases efforts to push Chinese companies out of America’s capital markets.

That has encouraged some Chinese groups to raise capital in Hong Kong, a hub of international finance that has taken centre stage in frictions between Beijing and Washington. NetEase, a Chinese internet company currently listed in New York, is set to go public in Hong Kong on June 11 in a $2.7bn secondary offering. JD, another Chinese tech group that trades on the Nasdaq, could also raise billions of dollars in Hong Kong this month.

“The atmosphere in the US is becoming less friendly and we have changed many aspects of our listing regime so that we are becoming more accommodating,” Mr Li told a virtual conference in New York on Thursday. The executive, who is set to step down before October 2021, predicted that a “very substantial” number of Chinese companies currently listed in the US would seek to raise money in Hong Kong.

President Donald Trump has said he wants to crack down on Chinese companies listed in the US that fail to comply with American accounting standards. New York-based Nasdaq last month increased requirements for Chinese companies that want to list on the exchange. Mike Pompeo, US secretary of state, on Thursday urged global stock exchanges to follow Nasdaq’s example.

NetEase raised the prospect of the group being delisted from the Nasdaq in filing to the Hong Kong stock exchange last week.

Brokers in the city said on Friday that the retail portion of the NetEase share sale was about 130 times oversubscribed, underscoring how Hong Kong’s latest bout of political turmoil had apparently done little to hurt local traders’ appetite for new issues.

On Thursday evening, police used pepper spray and arrested citizens that had congregated to commemorate the 1989 Tiananmen Square massacre, in defiance of a local ban. Washington is set to strip Hong Kong of its trading privileges with the US in retaliation over Beijing’s move to impose controversial national security legislation on the former British colony.

Dickie Wong, executive director of research at broker Kingston Securities, said retail investors remained “hungry” for new investment opportunities and were willing to put chaos on the city’s streets to one side.

“The stock market somehow always behaves one or even three months ahead of the real economy,” he said. Investors “expect the economy will come back, investment will come back and everything will go back to normal”.

However, some brokers were uncertain over whether NetEase could deliver a strong stock market debut in Hong Kong. The shares have priced at HK$123 (US$15.87) each, or just a 2 per cent discount to their most recent closing price in New York, people familiar with the matter said.

“For the first day of listing we don’t know whether they can make a killing,” said Louis Tse, managing director of VC Asset Management.

Robust demand for cash to buy into big stock market offerings in the city has also resulted in recent strength in Hong Kong’s currency, pointed out Alicia Garcia-Herrero, chief Asia-Pacific economist at Natixis.

The Hong Kong Monetary Authority, the territory’s de facto central bank, on Thursday was forced to sell the currency in order to maintain its peg with the US dollar after it hit the strong end of its trading band with the greenback.