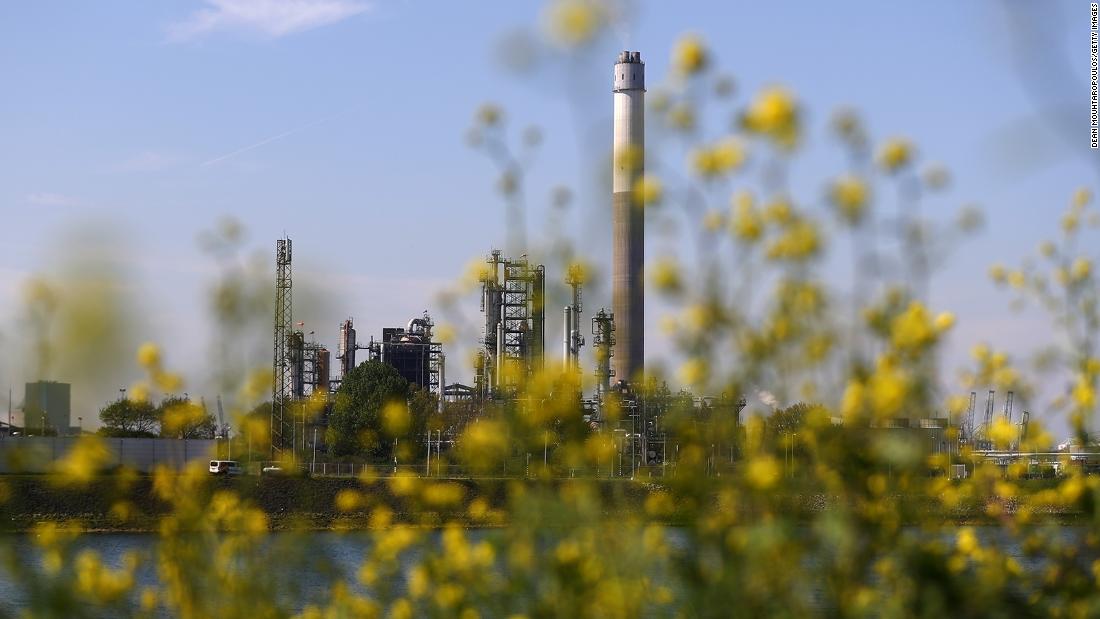 The UK oil company said in a statement Monday that the health crisis could have an “enduring impact on the global economy,” resulting in less demand for energy over a “sustained period.” It cut its assumed average price for Brent crude from 2021 to 2050 by 27% to $55 per barrel.

As a result of the changes, BP said it would take a writedown of up to $17.5 billion in the second quarter, or roughly 6% of its total assets. The company may also stop developing some oil and gas fields as it invests in cleaner energy.

“BP’s management … has a growing expectation that the aftermath of the pandemic will accelerate the pace of transition to a lower carbon economy and energy system, as countries seek to ‘build back better’ so that their economies will be more resilient in the future,” it said in its statement.

Shares in the company fell 5% in London.

“I am confident that these difficult decisions — rooted in our net zero ambition and reaffirmed by the pandemic — will better enable us to compete through the energy transition,” CEO Bernard Looney said in a statement.

The company said in February that it would reorganize its business to achieve net zero emissions by 2050 or sooner. It announced last week that it would cut 10,000 jobs, nearly 15% of its workforce, to reduce costs.

The coronavirus pandemic hammered demand for oil, gas and coal, with factories shut, planes grounded and motorists ordered to stay at home.

Consumption is gradually recovering as lockdown restrictions are lifted around the world, but oil companies face a bleak longer term outlook. Some analysts are warning that demand may never return to its 2019 record high as the crisis accelerates shifts that were already underway in energy markets, such as the switch to renewables, and has a lasting impact on the way people work and travel.

This is a developing story. It will be updated.