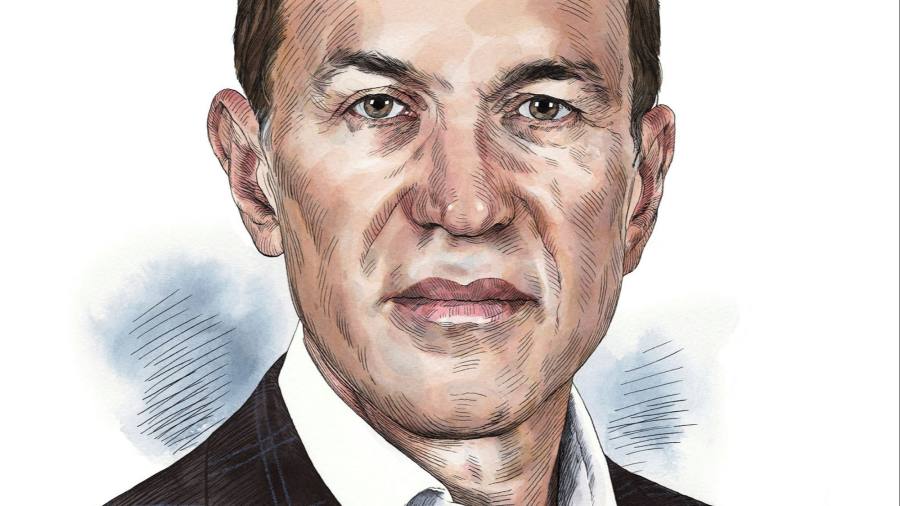 For 17 years, Aron Landy has sat at the heart of one of the world’s most successful, and most publicity-shy, hedge funds.

As chief risk officer and now chief executive of Brevan Howard, Mr Landy has worked closely with billionaire star trader Alan Howard at a firm that for years was regarded as the gold standard of macro trading, making billions of dollars in profits.

But while Brevan became one of the world’s biggest hedge funds, little was known of its inner workings. Even by the hedge fund industry’s standards, it avoided the limelight. For years no public photo existed of Mr Howard, while Mr Landy has remained remarkably low profile.

This interview with Mr Landy, who took the chief executive role from Mr Howard last October, marks an opening up by the firm and appears to signal a change of tone under his leadership.

“The fact that we’re having this conversation today is a demonstration that we are more transparent,” Mr Landy says with a smile as we chat over Zoom.

Dressed casually in a pale shirt, partly unbuttoned, the 58-year-old is measured, thoughtful and good humoured. Like most other chief executives, he has been dealing with the challenges of running the business while staff work from home during the coronavirus lockdown. He conducts the interview from a nondescript room in Brevan’s Baker Street office in London, having travelled in for the first time in three months after internet problems at home.

Ensuring staff “could continue working and managing the money so we do the best for our investors, [and] at the same time felt safe, felt comfortable, felt connected and didn’t feel isolated, it’s been an enormous challenge”.

Despite the logistical headaches, Brevan has emerged from the coronavirus crisis as a big winner, gaining about 21 per cent net in the first half of the year.

“In January we started to get a bit worried about what was going on in China,” says Mr Landy, adding that problems caused by coronavirus meant there appeared “a reasonable probability” interest rates could be cut. But “at that time interest rate markets in the US were not assuming any possibility of cuts in the near term”.

Brevan used futures and options to bet on falling yields. Large gains ensued as the US two-year Treasury yield collapsed from more than 1.4 per cent in mid-February to 0.23 per cent by the end of March.

The son of a university lecturer and a schoolteacher, Mr Landy became interested in finance after finishing a PhD in engineering at Jesus College in his hometown of Cambridge in 1986. “Big Bang” deregulation in the City of London that year “meant that there was heavy demand for people with maths and engineering skills”.

He first crossed paths with Mr Howard in the 1990s while a prop trader at Tokai Bank in London, where Mr Howard was head of interest rate trading. He describes Brevan’s future co-founder as “an incredible powerhouse” with “an incredible focus and attention to detail on trading”.

After a career break to teach bonds and interest rate derivatives at London Business School, he spent two years in the early 2000s trying to launch a hedge fund backed by Michael Huttman’s Millennium Global. “That was a very intense period in my life. We had to call it a day because we just couldn’t raise enough money.”

In 2003 he was reunited with Mr Howard at Brevan, which had launched the previous year. His role as chief risk officer was relatively unusual at the time, setting limits on traders’ positions so one individual losing bet did not blow up the whole fund. The approach helped Brevan make big gains in the financial crisis and again in the European debt crisis.

So how does Brevan handle its traders when they lose money? A wide spectrum exists in the industry, from big multi-strategy funds that automatically cut risk or fire a trader when certain thresholds are breached to firms with a softer approach.

“We’re somewhere in the middle,” says Mr Landy, describing the role as an “ongoing engagement” and pointing to two traders that the firm worked with to rehabilitate when performance went awry.

“It would be a terrible mistake to just sit the person in front of a computer and say, ‘here you go, we think you’re a great portfolio manager, do your thing’, and come back a few months later and find the person’s hit their stop-loss and has automatically been fired. That would be a terrible failure of management.”

But how did his role work with Mr Howard, the firm’s majority owner and effectively Mr Landy’s boss? Mr Landy admits courage is required, but adds that the “critical question” is the strength of the relationship between the two.

Mr Howard is “very interested in hearing other people’s points of view. Of course, in terms of markets he will take some and leave others, but in terms of risk, especially in his own portfolio, he has always valued a second opinion”, says Mr Landy.

Mr Landy, a keen cyclist who rides a Trek Domane, is open about what he calls Brevan’s “lean years”. Having never suffered a down year before 2014, its main fund lost money in three of the four following calendar years. Investors rushed for the exit, and the firm’s assets collapsed from $40bn to about $6bn.

It was a collapse, however, that the firm has survived, with assets now back up to about $10bn. Launching new funds for traders Alfredo Saitta, Minal Bathwal and Fash Golchin, as well as for Mr Howard himself, has helped spur Brevan’s revival in recent years, as did a highly profitable bet against Italian bonds in May 2018.

This year’s market volatility, which is easier for Brevan to trade than the becalmed markets of recent years, has also proved a strong tailwind. But, with bond yields having fallen so far and equities have recovered so much ground, has that opportunity now been and gone?

Mr Landy admits the rally in government bonds, which made Brevan so much money this year, has probably run its course, but argues that, having launched new funds, the firm is no longer as dependent on moves in short-term rates as it once was.

“It’s unlikely short-term rates will move for a while,” he says, “but it’s a very uncertain world and we have many drivers of returns.”