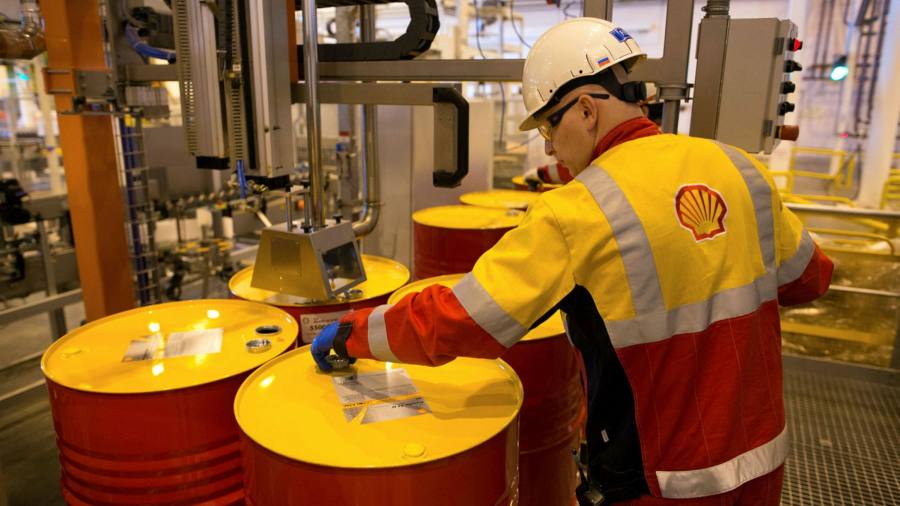 Brokers and dealers are freezing out the operators of the world’s largest oil-linked exchange-traded products, reflecting concerns over the risks to retail traders dabbling in increasingly volatile assets.

The United States Oil Fund, the biggest oil exchange-traded fund in the world, said on Thursday that RBC Capital Markets had stopped it from buying any more oil futures, in a step that could force USO to scale back or adjust its operations.

Meanwhile Royal Dutch Shell said it would no longer act as a dealer for WisdomTree — a move that pushed the fund manager to shut eight crude oil-based products as well as a carbon price tracker that have combined assets of about $550m.

The moves come after brokers reassessed the potential risks deriving from products popular with individual investors. In March a drop in oil prices to the lowest level in almost two decades lured in a rush of amateur investors expecting to see a rebound, but a fresh plunge in prices the following month left many of them nursing losses.

USO has delivered a return of -75.3 per cent so far this year and its assets have shrunk to $4.6bn in spite of attracting $7.1bn in new cash from investors.

US oil prices turned negative last month for the first time when the benchmark contract for delivering West Texas Intermediate oil in May approached its expiry — the moment when paper futures transform into deals for physical delivery of barrels of crude. At the time, a shortage of available storage for that oil meant that sellers found themselves paying traders to take the commodity off their hands.

USO had already moved its investors into the June WTI contract, avoiding the worst of the rout, but other retail investors took a particularly heavy blow. This sparked fears of repeats in coming months that could expose brokers or exchanges to big losses — a concern also for regulators who have warned that further price drops into negative territory remain a possibility.

USO said in a filing on Thursday that RBC’s decision was based partly on the bank’s own risk management requirements but also directions from regulators in the US, UK and Canada.

The Commodity Futures Trading Commission, which regulates futures brokers registered in the US, declined to confirm whether it had held any discussions on the matter with RBC. A spokesperson said the CFTC is “always supportive of futures brokers taking measures that they deem appropriate to engage in prudent risk management of customer relationships, consistent with our rules”.

USO said in the filing that it “has not entered into an agreement with any [broker] other than RBC and it cannot predict with any certainty when it will do so”. John Love, the chief executive of United States Commodity Funds, USO’s manager, said the fund was “still trading and able to rebalance and roll its portfolio”.

USO has been forced in the past five weeks to move its investments, which are supposed to track the spot price of crude oil, into a number of futures contracts for much later delivery. It has done so under pressure from CME Group, which lists benchmark US oil futures at its energy exchange.

Some of the sales associated with the portfolio shift have been large enough to move the market, drawing the attention of regulators.

For WisdomTree, the biggest provider of exchange-traded oil products in Europe, Shell’s decision to sever ties represents a new hurdle.

Earlier this year, the New York-based investment company was forced to shut three leveraged oil products that multiply bets on crude prices. BNP Paribas, the bank that sold the derivatives backing the leveraged exchange-traded products, terminated its agreement with WisdomTree after US oil prices went negative.

A Shell spokesperson said the oil company, which has a large trading division, had ended its “commercial swap provision agreement” with WisdomTree.

WisdomTree has encouraged clients to sell their holdings in its nine affected products before they end trading on June 10, adding that it had no plans to withdraw its remaining range of oil trackers sold in Europe.

“WisdomTree will continue to offer the broadest European oil ETP platform with 15 oil products with around $3.4bn in combined assets and will remain focused on offering the most robust oil product range,” it said.