Businesses ask for hundreds of billions of dollars in federal help 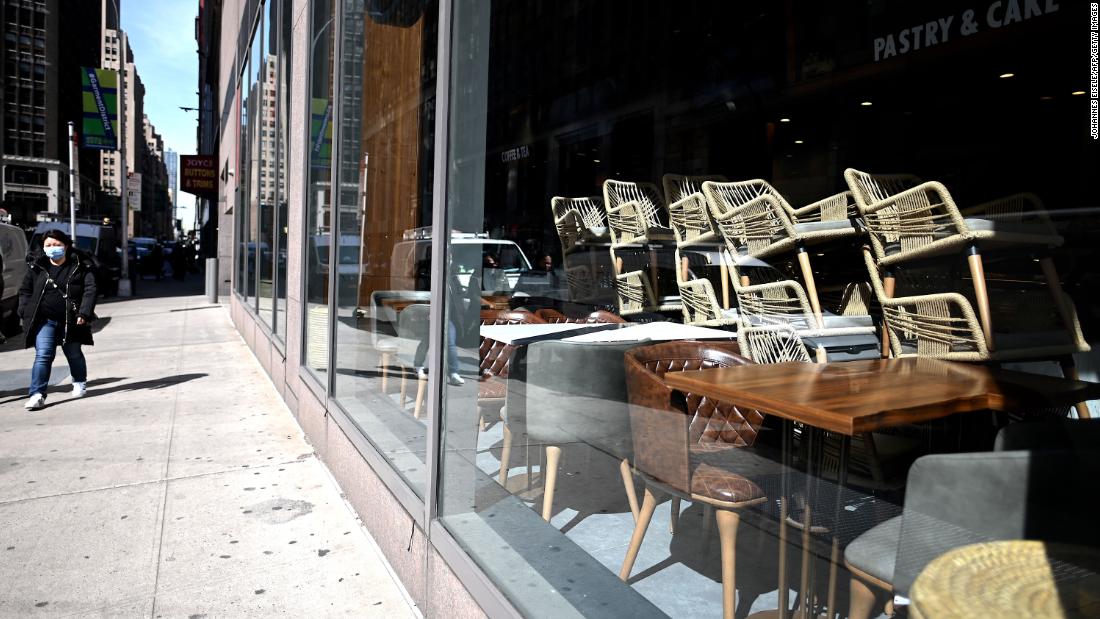 The nation’s restaurants need a massive $325 billion bailout, according to the industry’s trade group. It is by far the largest request for help of any industry so far.

The hotel industry needs another $150 billion. And national retailers, the largest employer group in the nation, say they also need a variety of forms of government help, although it did not give an estimate for how much money would be involved.

While some retailers’ sales have surged because of the crisis, others have had to shut operations as their regular customers avoid leaving their homes for anything but essentials.

The National Retail Federation said it is seeking changes to tax laws that would help retailers. It wants a mandatory pause on default and foreclosure actions for missed rent and mortgage payments. It also said they would need a government loan program, though it did not spell out details.

These latest bailout pleas come on top of earlier requests from industries badly hit by the near-shutdown of much of the nation’s normal economic activity.

The aviation industry is asking for $50 billion for passenger airlines and another $8 billion for cargo airlines, with half of that money coming in the form of grants and the other half loans.

The nation’s airports have asked for $10 billion in help. The airport trade group suggested in a letter Wednesday that there could be defaults on $7 billion of debt payments this year without assistance, which would raise borrowing costs for future airport projects. Bond defaults could also rattle already unsettled financial markets.

On Tuesday Boeing (BA) requested $60 billion in loan guarantees for aerospace manufacturers, including itself and its suppliers. The trade group for the nation’s public transit systems is seeking $12.9 billion.

In a letter to President Donald Trump, House Speaker Nancy Pelosi and Senate Majority Leader Mitch McConnell, the National Restaurant Association says immediate help is needed to support restaurants and the 15.6 million workers who depend on them for jobs. It said without help many will not be able to reopen once the crisis has passed.

“We are revising our business model to provide meals in different ways (takeout, delivery, safety-enhanced dine-in), but we are facing economic headwinds that will lead many restaurants to shut down operations, lay off workers, and end our service in our communities,” said the group’s letter.

The core of the restaurant owners’ request is $145 billion restaurant and food service industry recovery fund, to give restaurants grants to allow them to pay employees, maintain service operations and meet financial and contract obligations.

The group is also asking for $100 billion in federally-backed business interruption insurance, since many private policies are not covering shutdowns from pandemics, as well as $35 billion for community block grants that typically go to businesses in areas hit by natural disasters and $45 billion in federal loans.

They are also seeking a federal loan program to match lost revenue during the next three months. The group estimates that could be as much as $225 billion in lost revenues.

Restaurants are a particularly low-margin business with a high rate of failure, even during the good times. With many local governments ordering restaurants and bars to close and curfews to be imposed, massive failures could cost jobs even after virus outbreak is under control.

How these compare to past bailouts

If approved, the restaurant bailout could be the biggest in government history, although the amount of help the retailers might receive could top this amount.

Insurer AIG received $182 billion. The nation’s banks received $250.5 billion. But taxpayers eventually made back all of that money through dividends or sales of stock in those institutions that the government received as part of those bailouts. Relatively little of the bailouts at that time went to direct grants, as the restaurant owners are now requesting.

The government did lose about $12 billion on the the nearly $80 billion it used to bail out the auto industry, as well as the $15 billion bailout of the nation’s airlines following the 9/11 terrorist attacks. But that cost would be a fraction of the grants that just the restaurant owners are asking for this time.