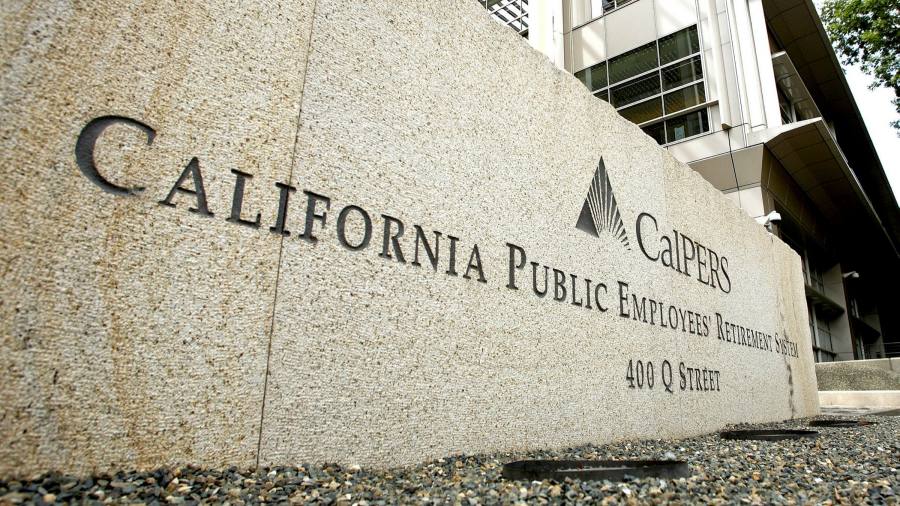 A Calpers board member has hit out at the $400bn US public pension scheme’s investment policy that pushes deeper into private equity and private debt by using leverage equivalent to 20 per cent of the fund’s assets.

“I don’t agree with leveraging the fund up to $80bn by investing more in private equity and private debt. It is way too risky,” said Margaret Brown, who voted against Calpers’ investment policy changes at last week’s board meeting.

Ms Brown, a board member since 2018, was the only dissenting voice of the 12 board members who voted.

“It reminds me what Calpers did back in 2008 when we used leverage and lost close to $100bn,” she said. “We had to pony up money to get out of positions. I see a possible repeat of what happened after the markets crashed in 2008 when we lost a lot and never recovered.”

“We were warned in 2007 that we were putting way too much risk in the portfolio. As fiduciaries we should not be gambling with our funds,” she said.

“Calpers mark-to-market losses in 2008 were the result of a steep global equity market drawdown, and had nothing to do with leverage. The type of leverage used by Calpers 12 years ago was different than what was discussed with the board earlier this week,” said Calpers.

This is the wrong time to be getting deeper into private markets. We have no idea what is going to happen with companies and the economy

A 2019 investment strategy review found Calpers needed greater focus on the excess returns potentially available from illiquid assets compared with public equity and debt if it was to achieve its ambitious 7 per cent target rate of return.

Calpers’ assets represent 71 per cent of what it needs to pay future benefits to the nearly 2m police officers, firefighters and other public workers who are members of the scheme.

Sliding stock markets have increased the long-term structural problems facing the US public pension system, particularly those funds with large unfunded liabilities. The weak funded position of these funds poses long-term risk for millions of US employees and retired workers.

Ms Brown said the board had endorsed the changes to the investment policy because it believes it was the only way to hit the 7 per cent return target.

“This is the wrong time to be getting deeper into private markets. We have no idea what is going to happen with companies and the economy.”

She said she was also concerned about a bill before the California legislature which if passed would make public disclosures of private investments by Calpers more opaque.

“That could mean that Calpers can hide from the public important information, including what collateral they are holding on loans.”

She added that when the board initially gave approval for adopting a 20 per cent leverage strategy, there was no discussion that most of it would be for private equity and private debt.

“I am going to keep at my colleagues on the board as well as other stakeholders telling them how risky this strategy is. It is not the only solution for us to hit the 7 per cent target.”

Ben Meng, chief investment officer, said last week that given the low-yield and low-growth environment, private assets stood out as one of the “few asset classes” that could clear the 7 per cent hurdle.

“Leverage will increase the volatility of returns but Calpers’ long-term horizon should enable us to tolerate this,” he said.