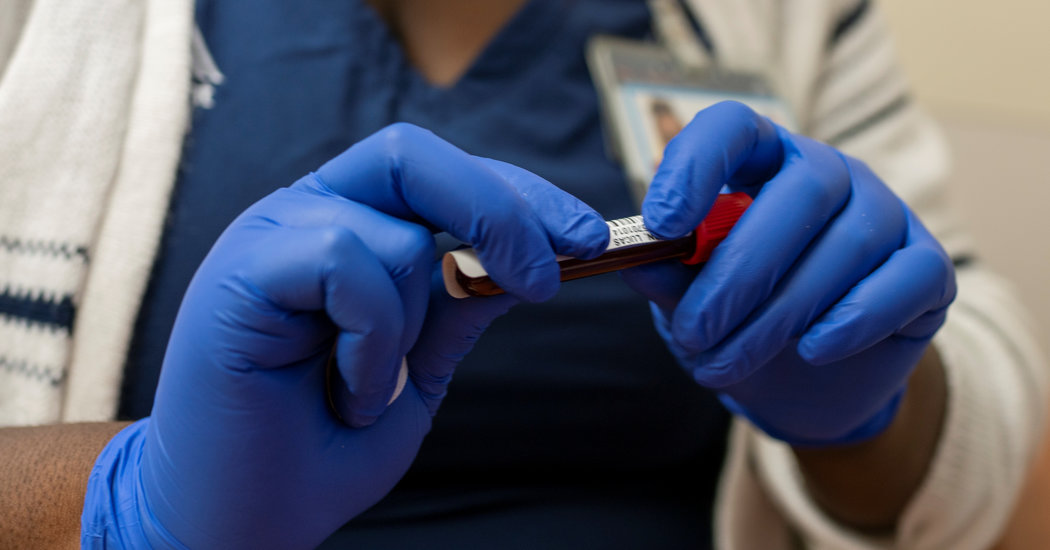 A survey of New Yorkers last week found that one in five city residents carried antibodies to the new coronavirus — and in that, Gov. Andrew M. Cuomo saw good news.

If so many had been infected and survived, he reasoned, the virus may be far less deadly than previously thought. But many scientists took a darker view, seeing instead a vast pool of people who are still very vulnerable to infection.

Like the leaders of many states, Mr. Cuomo has been hoping that the results of large-scale antibody testing may guide decisions about when and how to reopen the economy and reintegrate society.

Few scientists ever imagined that these tests would become an instrument of public policy — and many are uncomfortable with the idea. Antibody tests, which show who has been infected, are often inaccurate, recent research suggests, and it is not clear whether a positive result actually signals immunity to the coronavirus.

On Friday, the World Health Organization warned against relying on these tests for policy decisions. While countries such as Italy have even floated the idea of “immunity passports” for people who test positive, W.H.O. officials noted that it is not known to what extent people carrying antibodies are immune to the virus.

But widespread testing has started nonetheless, and important decisions are likely to flow from the results. The National Institutes of Health, the Centers for Disease Control and Prevention and virtually every university with an epidemiology department has begun antibody surveys in communities across the United States.

“It seems like all of a sudden, everybody just decided that antibody tests are going to give them some grand answer,” said Dr. Michael Osterholm, an infectious diseases expert at the University of Minnesota.

The goal of most of these projects is to get a handle on the size and nature of the epidemic here, rather than to guide decisions about reopening the economy. But now scientists are racing to fine-tune the tests and to learn more about what having antibodies actually means, both for the patient and for the community.

Many questions raised by these initiatives have no easy answers: When will we achieve “herd immunity”? How quickly does the virus spread? How long does immunity last and how strong is it?

“This is a very difficult problem, and the solutions are not going to be easy,” said Natalie Dean, a biostatistician at the University of Florida. “Normal is not on the horizon yet.”

The results in New York State offer an early glimpse of the promise and pitfalls of widespread antibody testing.

Public health officials tested 3,000 residents at grocery stores and big-box retailers throughout the state. In New York City, about 21 percent of participants were found to carry coronavirus antibodies.

The rate was about 17 percent on Long Island, nearly 12 percent in Westchester County and Rockland County, and less than 4 percent in the rest of the state.

“I just don’t see any way to put a silver lining on any of these results,” said Carl Bergstrom, an infectious diseases expert at the University of Washington in Seattle. “I think that the efforts to spin it that way are irresponsible.”

If one in five residents in hard-hit New York City has been exposed to the virus, he and others said, then four in five are still vulnerable — and that underscores how far we are from the pandemic’s end.

Public health experts like Dr. Bergstrom took the opposite view. “If the mortality rate is 1 percent, we’re looking at 2 million deaths, which is unprecedented in our nation’s history and unimaginable,” he said.

“Anyone talking about the death rate as ‘only 1 percent and so we should not worry about it’ has an extraordinarily callous view.”

The New York survey confirms what experts have long believed: that because of the lack of tests, the state has undercounted the true number infections by about a factor of 10.

Reopening society with such a huge vulnerable population, and without careful consideration, could be disastrous, allowing the virus to sweep through the country, Dr. Bergstrom and others said.

For that to happen, experts have estimated that 60 to 70 percent of the population would need to be immune. Even then, the coronavirus would continue to spread, just at a slower rate.

“Honestly, from an ethical vantage point, herd immunity in the absence of a vaccine is not something we should be aiming to achieve,” said Maimuna Majumder, a computational epidemiologist at Harvard Medical School.

To get there, “that’s a lot of sick people — and a lot of deaths,” she added.

While these results should not be used to make public health decisions, they can be useful for estimating the size and nature of the epidemic, said Bill Hanage, an epidemiologist at the Harvard T.H. Chan School of Public Health.

Antibody surveys can also identify high-risk groups, Dr. Dean of the University of Florida pointed out: “I think that’s very important for policy, understanding who are these groups that we need to focus on and work to protect.”

The shortcomings of antibody testing were on vivid display in two other recent surveys, one in Santa Clara County and the other in Los Angeles County.

Both drew sharp criticism from scientists, who said the tests had a rate of false positives too high to be used in places the virus has left largely untouched and therefore may have few true positives.

Scientists have also repeatedly cautioned that the presence of antibodies does not signify protection from the virus. Some preliminary evidence suggests, for example, that people who are asymptomatic might not produce enough antibodies to prevent a second infection.

To be sure about what quantity of antibodies are needed in the blood, researchers need further tests, both to measure the exact amount — which the majority of rapid tests available do not provide — as well as more detailed analyses of the antibodies’ strength. The answers will take weeks to months.

“We’re kind of heavily leaning on these tests when they’re not perfect,” said Dr. Saskia Popescu, an epidemiologist at George Mason University in Fairfax, Va.

“And we still have a lot of people susceptible, so it’s a dangerous thing to heavily rely on them right now.”

Dr. Osterholm said an antibody survey, because it provides “historical data” on who was infected, is like a smoke alarm that gives out a report once a month.

“It doesn’t work very well if you have a fire right now,” he said.

Diagnostic tests for the virus offer a better snapshot of the current picture, he added, and states should focus on acquiring accurate diagnostic tests that can provide timely data on the rise or fall in the number of infections.

“That should be the data we use to judge opening or not opening” the economy, Dr. Osterholm said.