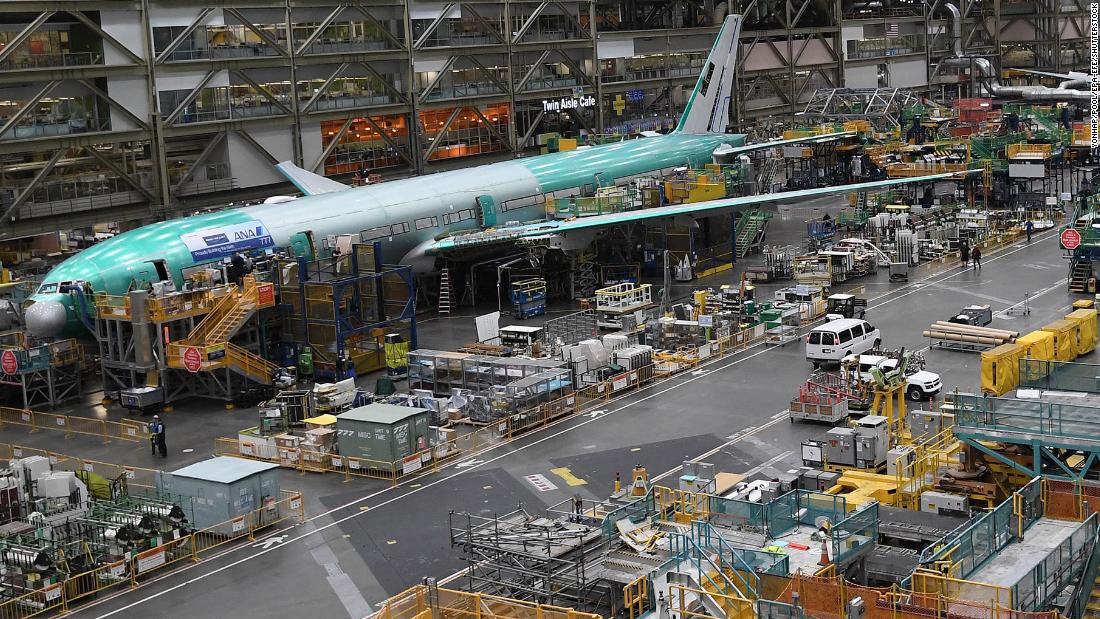 So it is relatively good news to have only 14 canceled orders for the Max, which has been grounded for more than a year following two fatal crashes that killed 346 people.

Still, it was hardly a good month for Boeing.

Last month, customers also canceled four cargo freighter jets, but those orders were basically changed to other freighter models or customers, as part of nine freighter orders posted in the month, one for FedEx (FDX), one for UPS (UPS), and other customers that Boeing did not identify.
The nine orders for freighters were the only new orders it received. And despite the reopening of plants in late April that were shut for safety reasons during the pandemic, it delivered only four jets in the month. That’s the lowest delivery total since November 2008, when the company was emerging from a strike that shut production. It delivered six jets in April when its plants were shut for most of the month.

Three of May’s four deliveries were also freighters and one was of an earlier version of the 737 used by the military. Passenger airlines had no real desire to take delivery of the planes as they conserved cash.

The low deliveries are a problem for Boeing because that’s when it gets most of the revenue from completing a sale.

Boeing also removed 77 jet orders from its backlog of more than 4,700 commercial jet orders. Those orders were not canceled. But accounting rules mean that Boeing can no longer count on those orders being certain because of the financial condition of the customer or the timing of the delivery plans. So far this year, Boeing has dropped 338 additional jets from its backlog count for this reason.

Still, Boeing has years worth of plane production in its backlog. Still the company has cut it planned rate of production and announced plans to trim its workforce by 16,000 jobs through voluntary buyouts and layoffs due the the troubles in the airline industry.
The good news is travel demand is improving, at least among US passengers.
The number of people being screened by the TSA at US airports hit 400,000 a day on Friday and Sunday for the first time since mid-March, and American Airlines (AAL) is adding back flights to its schedule for July. Both are still at a fraction of year-ago levels, though.
The signs of improvement in demand for air travel has been enough to help lift shares of both Boeing and US airlines significantly in the last week. Shares of Boeing (BA) were lower in trading Tuesday ahead of the orders and deliveries report which came out at 11 am ET.