Carnival and Southwest lead surge in US convertible bond issuance 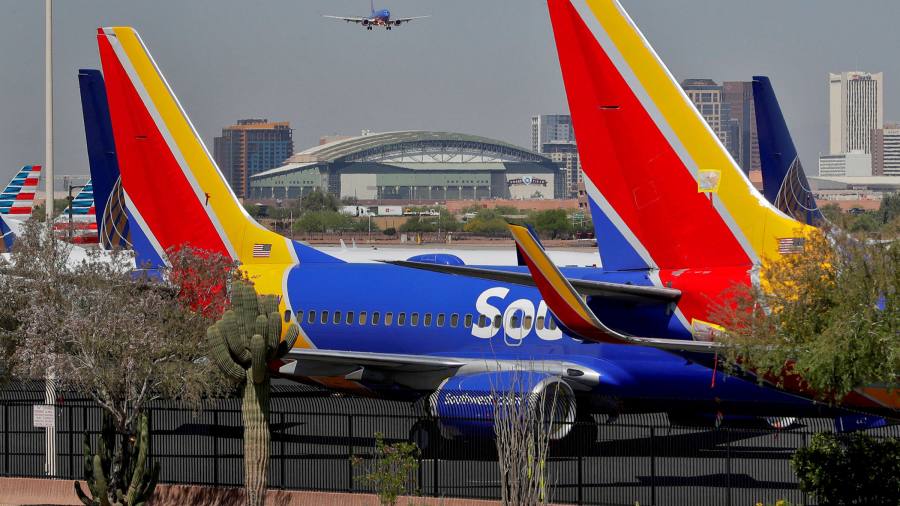 Blockbuster deals from Carnival and Southwest Airlines, two companies hit hard by the pandemic, have helped push money raised in US convertible bonds to the highest point in a dozen years.

Convertible bonds can be exchanged for a company’s stock at the discretion of the investor, at a certain time, or when share price thresholds are met. They can be a cheaper way for companies to raise money than typical bond offerings but risk hurting the share price given the anticipated dilution to the company’s equity.

As such, they can be a useful tool in times of stress, when shares are already under pressure. In April, US companies raised $13bn in convertible bonds — the highest tally since May 2008, according to data from Refinitiv.

The 23 deals included tech giants, retailers and healthcare groups — along with two big offerings from companies particularly affected by the Covid-19 crisis. Southwest Airlines raised $2.3bn as part of a $5.2bn fundraising plan, and Carnival, the cruise line operator, issued $2bn in convertible bonds within a $6.25bn funding package.

“It’s been very busy,” said Shiv Vasisht, global co-head of strategic equity solutions at Bank of America, who worked on the two biggest deals of the month. “The $13bn in April alone is a massive monthly volume in this market.”

The deals show how companies are increasingly willing to step back from regular bond deals and consider convertibles, said Greg Rodgers, a New York-based partner at law firm Latham & Watkins.

“Carnival and Southwest are issuers that would typically raise money in the investment grade bond market but may have maxed out that market and are looking for other ways to raise capital to see them through to better times,” he said.

Technology companies represented eight of the 23 deals, the most of any sector, led by a $850m fundraising by Snap, the social media group, and a $750m deal from Slack, the work productivity app.

April marked the best monthly performance since 1999 for the ICE BofA US Convertible Bond index, which tracks 425 of the biggest issues. The index has dropped 11 per cent this year, roughly in line with the S&P 500 benchmark of US blue-chips.

Convertible bonds can also be appealing because they lack the restrictions placed on other types of funding, including secured debt and private investment in public equity — deals known as PIPEs, which have seen an uptick in activity. Such deals can include clauses placing limits on the amount of extra debt a company can raise, for instance, or curbs on net debt as a multiple of operating profits.

The increase in convertible bond issuance reflects companies “trying to shore up their balance sheet to see through Covid-19 and some are looking for extra pocket change to acquire companies at good prices”, said Mr Rodgers. “It’s the product of the time.”