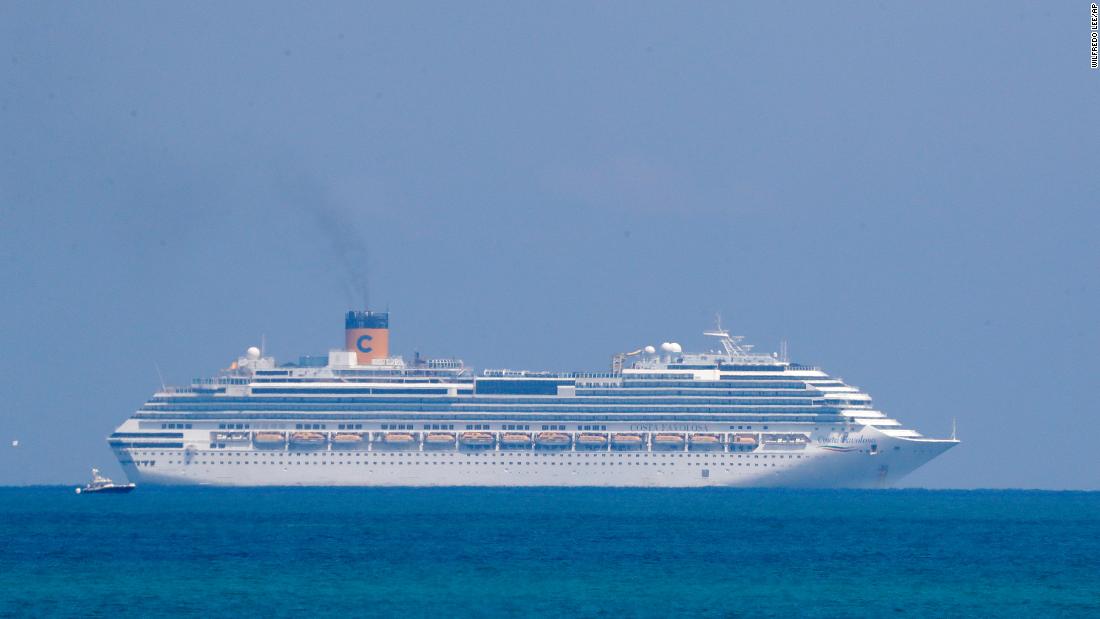 The cruise operator announced on Tuesday that it intends to raise $3 billion of secured notes and $1.75 billion of convertible notes — both due in three years — as well as $1.25 billion of new shares.

Wedbush analyst James Hardiman said in a note on Tuesday that Carnival is suffering “a monthly cash burn of approximately $500 million” and the fresh injection of cash should keep the company afloat for the next 12 to 13 months.

Shares in Carnival (CCL) fell 2% in after-hours trading. The stock is down 74% for the year.
Carnival is the world’s largest cruise operator. It runs flagship line Carnival Cruise, Costa Cruises, the Holland America Line and the Princess Cruises brand, whose fleet includes the Diamond Princess — a ship that became a floating quarantine zone off the coast of Yokohama in February. At least 705 people contracted the virus during the quarantine, four of whom died.
The Zaandam, a cruise ship operated by Holland America, is currently stuck at sea and looking for a port, after eight people tested positive for the novel coronavirus and about 200 people have influenza-like symptoms. Four older guests on board Zaandam have passed away, but Holland America has not provided the cause of death.
Other Covid-19 cases have occurred on board ships operated by Costa Cruises.

The series of outbreaks, along with the unprecedented restrictions on travel, work and social interaction, aimed at containing the pandemic, have been catastrophic for the cruise industry.

Last month, more than 50 cruise lines suspended operations to and from US ports for 30 days due to the “unprecedented situation” of the coronavirus pandemic, according to a cruise line trade association.

Hardiman, of Wedbush, said in a note last week that it is unlikely the industry will resume operations after the 30 days are up. Even once the pandemic subsides and people who have been hunkering down for months begin to travel and book vacations again, Hardiman warned that very few will look to set sail for the open seas.

“Cruise travel is likely to be dead last on their lists in terms of both risk and necessity,” he wrote.