Carnival taps bond market for another $1.3bn to stay afloat 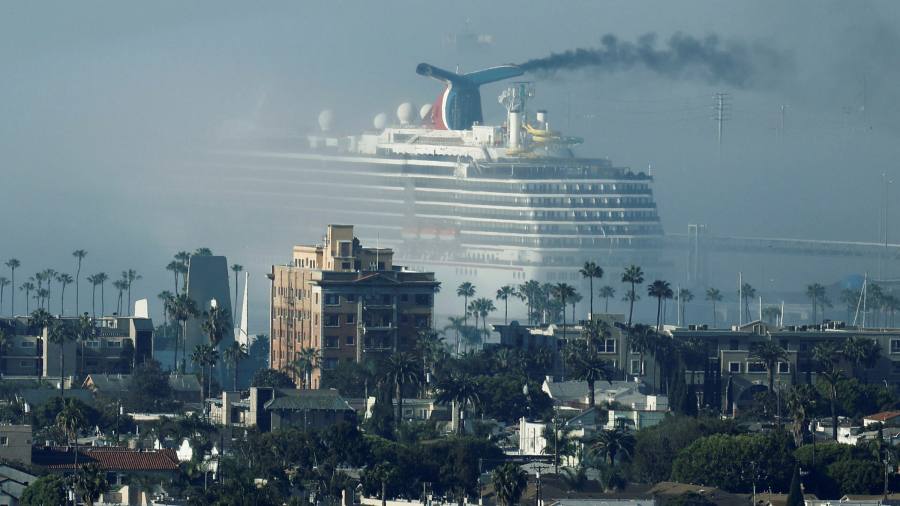 Carnival Corporation raised a further $1.3bn secured against its fleet of ships on Wednesday, as the cruise operator seeks to steady itself while burning through more than half a billion dollars per month.

The world’s largest cruise operator has suffered after the outbreak of coronavirus caused sickness and death on several of its vessels and forced the cancellation of voyages.

The Miami-headquartered company has already paid a hefty price to raise over $10bn of cash. In April it offered an interest rate of 11.5 per cent on $4bn of secured bonds backed by the company’s assets, including 83 of its ships.

It has now used the same collateral to sell a “second lien” bond on Wednesday, which takes priority over about $11bn of unsecured borrowings but stands behind first lien creditors — the holders of the bonds sold in April — in the event of bankruptcy.

The new bond, which comes less than a month after the company raised roughly $2.8bn in the loan market, is split into a $775m tranche paying an annual coupon of 10.5 per cent, and a €425m tranche paying 10.125 per cent, according to people with direct knowledge of the terms.

The company hopes the latest cash injection will help it survive until it can emerge from the crisis and begin operating cruises once more. On a call with analysts last week, chief executive Arnold Donald said Carnival should be able to withstand the next 12 months, even in a “zero revenue scenario.”

“It’s a ‘finance while you can, not when you have to’ mentality,” said Ben Burton, head of US leveraged finance syndicate at Barclays. “It’s an effort to establish a sufficiently long runway so they have the capital to withstand a longer period of close to zero revenue.”

Investors balanced the high returns on offer against the likelihood that the now heavily-indebted company falls victim to the health and economic crisis.

Last week the company predicted that it will consume cash at a rate of $650m per month for the second half of this year. That estimate is down from roughly $1bn when the last bond deal was announced, after the company laid off and furloughed staff and announced plans to sell or recycle some ships in its fleet.

The cash-burn estimate is also lower owing to the absence of one-off expenses related to repatriating staff and customers, and docking ships, noted chief financial officer David Bernstein on the call with analysts.

Bankers said the deal drew strong interest from investors after it was announced on Tuesday, allowing them to lower the coupon that the company will pay and increase the overall size of the deal by $225m for the dollar tranche and €25m for the euro tranche.

Some investors noted that the deal offered a markedly higher return than the $4bn senior secured bond, which has risen to 109 cents on the dollar since it was sold three months ago, giving it a yield of 7.8 per cent.

“I find [the deal] to be very attractive,” said Christopher Yanney, founder at CKC Capital. “Carnival is perceived as a leader and if they are able to make it into mid-to-late next year then this cash gives them a real chance of . . . seeing the other side.”