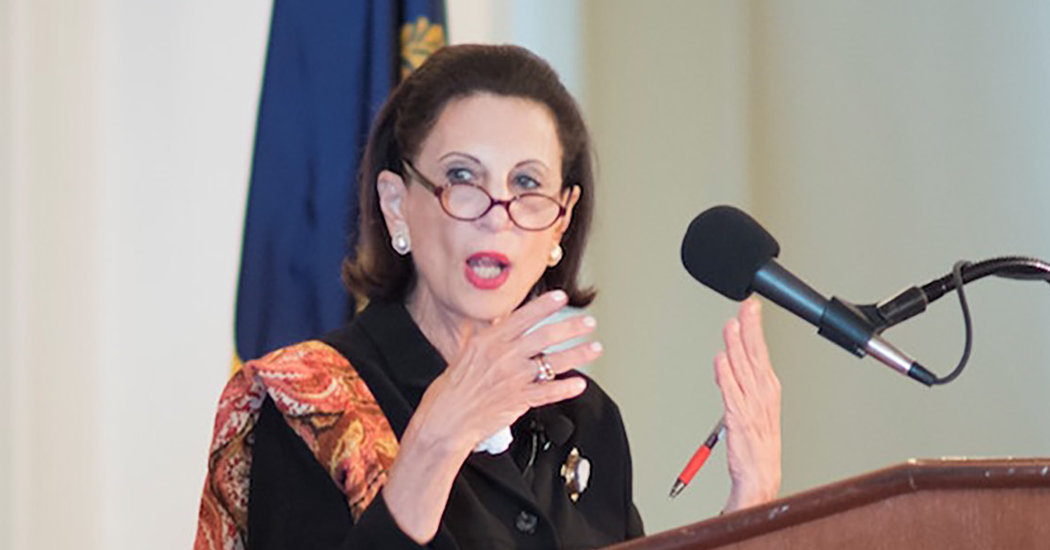 This obituary is part of a series about people who have died in the coronavirus pandemic. Read about others here.

Carole L. Brookins, one of the few women working in finance in the 1970s, was also a lover of history and was particularly fascinated by World War II. For her 70th birthday in 2013, she invited nearly 40 friends from around the world to join her for a two-day exploration of the beaches of Normandy, where they delved into the history of D-Day.

“She hired nothing but the best guides and feted us all,” said Gary Blumenthal, who succeeded her as president of World Perspectives, a firm based in Arlington, Va., that analyzes agricultural markets.

She was known for her expertise on the global political economy and its effect on agricultural and food markets, and she served as executive director of the World Bank from 2001 to 2005.

Carole Lynn Glueck was born in Gary, Ind., on Aug. 16, 1943. Her father, Charles H. Glueck, a World War II veteran, worked in real estate investment, and her mother, Rebecca Glueck, was a homemaker.

A 1965 graduate of the University of Oklahoma, with a degree in history and a member of Phi Beta Kappa, she began her career in 1967 as a municipal bond underwriter in Chicago. She made half the salary that men made, motivating her to dedicate herself to mentoring other women in finance.

A brief marriage ended in divorce, and she kept the name of Brookins.

She entered the commodity field as a market reporter with the Chicago Board of Trade in 1972 and was soon hired by E.F. Hutton on Wall Street, at the time the nation’s second-largest stock brokerage. She was vice president of the firm’s commodities division for seven years before leaving to form World Perspectives in 1980.

It was the 1980 grain embargo imposed by President Jimmy Carter on the Soviet Union that moved her to found her own firm, Mr. Blumenthal said. She was a big-picture, creative thinker, he said, and sought to abide by her own Golden Rule: to treat all countries fairly when it comes to food.

President George W. Bush in 2001 appointed her executive director of the World Bank, representing the United States, a job that required Senate confirmation.

Her lifelong love of France, and her respect for the American-French strategic alliance, led her in 2018 to found the First Alliance Foundation, which sought to strengthen ties between American and French military leaders.

For the last several years, she spent half the year in Paris and half in Palm Beach.