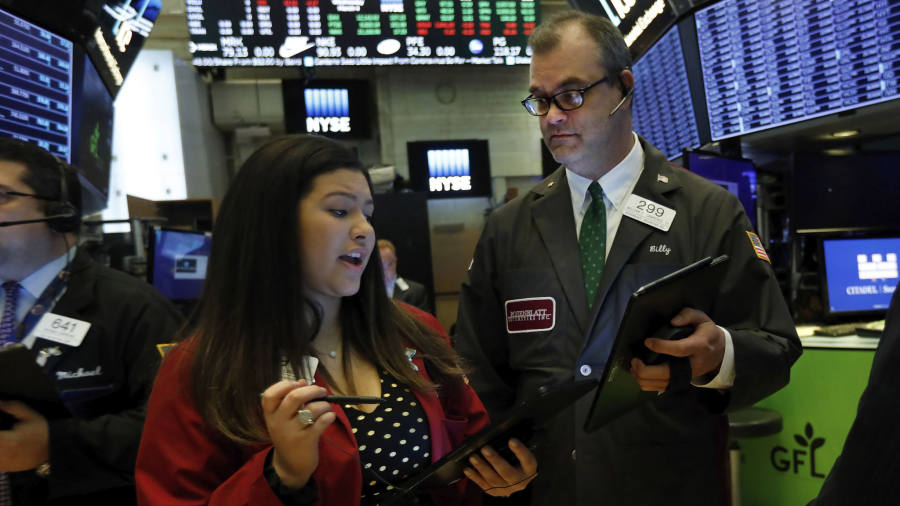 The response from central banks and governments to the spread of coronavirus needs to be “large and overwhelming” to avoid further market turbulence, according to the head of one of Europe’s oldest and biggest macro hedge funds.

Andrew Law, chief executive of London-based Caxton Associates, which manages about $4.3bn in assets, said in a rare interview that action was needed to avoid “very negative feedback loops” in markets. Caxton has been one of the biggest hedge fund winners of the past two weeks, thanks to its bets on bonds.

“If central banks don’t inject enough liquidity and if governments don’t do enough to support companies and prop up the confidence of the public and investors, then there will be panic in markets and there will be larger [falls in] economic growth,” Mr Law told the Financial Times. “This is a decisive hit to growth at a time of global economic vulnerability. The worst thing they can do is to do too little.”

His comments reflect a growing belief among investors that stronger measures are required from policymakers to address the economic damage caused by the virus. So far, moves by central banks and governments, including the half-a-percentage point cut in interest rates from the US Federal Reserve and president Donald Trump’s promise of a “major” relief package, have had a limited impact. Equity indices picked up somewhat on Tuesday, but the gains are overshadowed by a 18 per cent plunge in the S&P 500 US stock index over the past two weeks, including a 7.6 per cent drop on Monday.

Mr Law said fiscal stimulus was “absolutely needed” and pointed to options such as tax holidays, enhanced statutory sick pay and payroll tax cuts. He also expected the Fed to cut rates to zero and said the European Central Bank might need to provide more cheap loans to banks.

He also warned that a lack of action could expose mismatches in funds that invest in illiquid credit, property and stocks — yet allow investors to pull out their money daily. Such mismatches have already been exposed at GAM and Woodford Investment Management.

“As [Bank of England governor] Mark Carney said, many [daily liquidity] products are built on a lie,” said Mr Law. “What happens if they get retail liquidations? Governments and central banks have got to support confidence or they will get liquidations. You could have very negative feedback loops.”

Mr Law has emerged as one of the biggest winners from the market chaos, thanks to the bond rally. The two-year US Treasury yield has tumbled from 1.35 per cent to 0.43 per cent in little more than two weeks. Yields fall as prices rise.

Caxton’s main Global fund is up 12.2 per cent this year, according to performance numbers seen by the FT, while Mr Law’s Macro fund has gained 15.5 per cent.

However, he said he had now removed most of the fund’s bets on bonds. “With rates so low, these positions in fixed income have run their course,” he said. “I don’t believe we’ll see negative short rates in the US. They’d regard that as anti-capitalist and deeply corrosive.”

He also forecast further gains for the euro, which has been falling against the dollar for the past two years, although it has rebounded strongly in the past fortnight. He said many investors were underweight on the single currency, while the ECB was “very reluctant to reduce interest rates further”, he added.